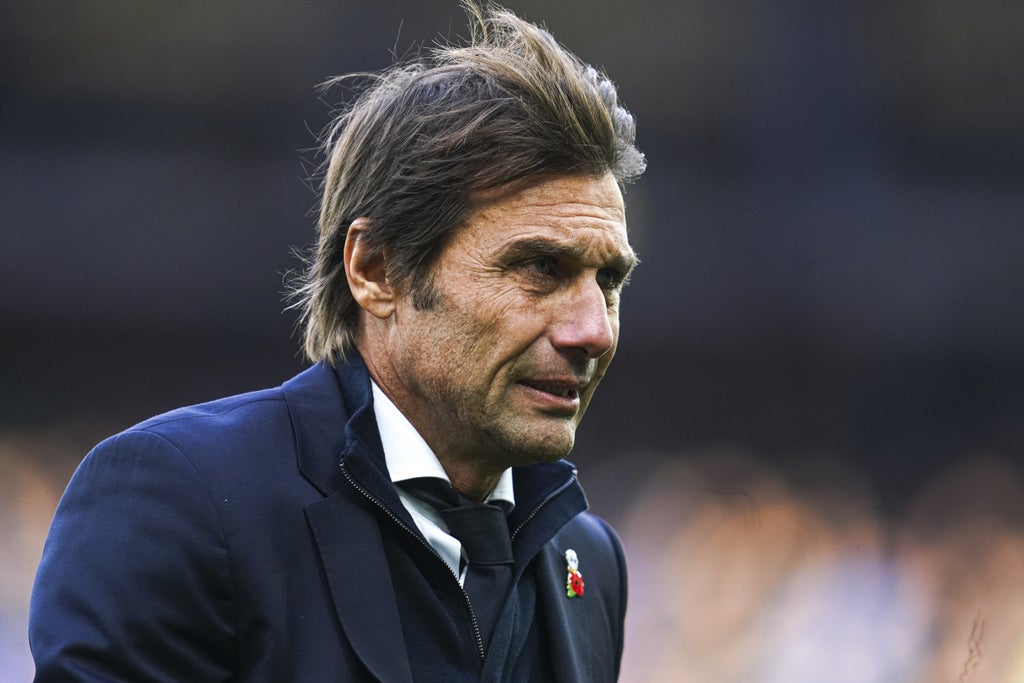 Tottenham head coach Antonio Conte’s ambition is to win the Premier League, but says there is a long path ahead before that can happen.

The Italian who has been in charge for three months, has often spoken about how big a gap there is between his side and the likes of Manchester City Liverpool and Chelsea after a huge drop in recent years.

Conte has got Spurs challenging for Champions League qualification, but he does not believe that should be the limit of their ambition.

However, the first three months in the role have shown him that there is plenty of work ahead.

“My first target, I repeat, is to try to create a foundation for this team and for this club. The results are later,” he said.

“If you don’t have a good foundation, if you don’t create a good structure, then we speak about nothing. You can only hope.

“In this moment we have to work a lot. Compared to the past, I think we are now a bit better because we are more complete as a squad but the path in front of us is long.

“And it’s important to understand this, that we want to start to go on this path… this is the most important thing for me.

“My ambition is to be competitive, to fight to win. At this moment I know very well that the situation is different.

“And we are working very hard to try to improve the situation, to reduce the gap and also… the mistakes of the past, to try to make good solutions. To continue to improve.

“But do you have the structure to do this? Yes, you are ready. Or not, we are not ready.”

Conte, who had previously cast doubt over his long-term future at the club, insisted that he wants to take Tottenham back to where they belong.

“Because I think the fans deserve this. To see a team in every game give 100 and more per cent, to try to win and give satisfaction to our fans.

“Because if I see enthusiasm and want to stay together from the start until the end, then I’m ready to fight against everything and to bring Tottenham in the best position.

“To bring Tottenham where Tottenham deserves. It’s important to create and that there is the right atmosphere.

“I know very well that our fans can be disappointed for many reasons. But I can tell them that we are working very hard to try to build a good future.

“We know which is the reality, I understand the disappointment of our fans because for many years we didn’t win. But at the same time, it’s important to create a unity and to keep the right enthusiasm and to try to build together something important for this club and for Tottenham, for the future.

“I express this to the fans and I don’t like to ask this, but I ask for their patience, we need patience and for sure we are started to go and we want to build something important.”