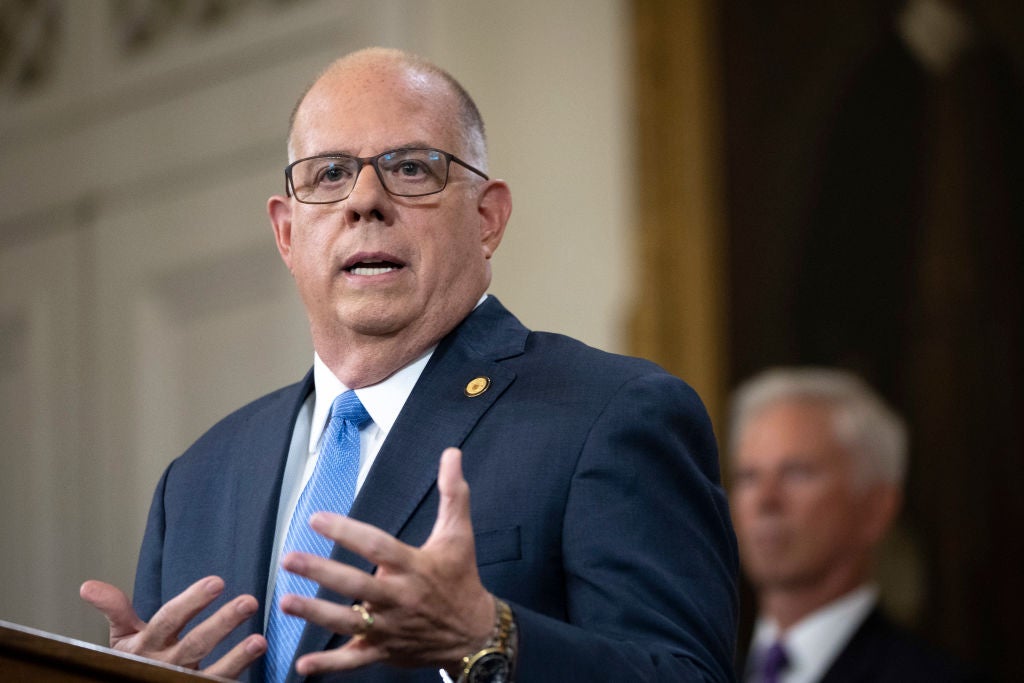 The Republican governor of Maryland, a noted anti-Trump voice in the GOP, has confirmed he is considering a 2024 bid for the presidency.

The statement came on CNN’s State of the Union, where Governor Larry Hogan was interviewed by Jake Tapper. During the interview, he said that a 2024 bid was “certainly” something he and his political advisers would take a look at, while adding that he was focused on running the state through 2022.

Mr Hogan won re-election in the heavily blue state in 2018, facing off against a progressive challenger who faced opposition from Maryland’s Democratic Party establishment, which has been open to alliances with the GOP governor in the past.

He exists in the GOP as an anomaly; a Republican representing a heavily Democratic state with two Democratic senators and an overwhelmingly Democratic House delegation. As such, he has struck a much more moderate position on issues like Covid-19 guidelines than Republicans in deep-red states, and he remains one of the few GOP governors who came out in support of Donald Trump’s impeachment after the 6 January attack.

“We are certainly going to take a look at it after January 2023,” said Mr Hogan on Sunday.

“I believe that there is a pretty large lane of sane Republicans and they’re looking for a voice,” he continued.

Mr Hogan also explained in the interview why that “large lane of sane Republicans” supposedly looking for an anti-Trump figure at the national level did not spur him into running for Maryland’s US Senate seat up for grabs this November as one-term Senator Chris Van Hollen, a Democrat, seeks reelection.

He trashed Congress’s ability to perform the basic functions of the legislative branch, telling CNN: “[I]n Washington it seems as if there’s just a lot of divisiveness and dysfunction and not a lot gets done. So, it wasn’t the right job, right fit for me.”

Mr Hogan had reportedly been aggressively courted for the role of US senator by fellow moderate Republicans in the upper chamber including Mitt Romney, who like Mr Hogan supported Mr Trump’s impeachment after the attack on the Capitol.

The Senate has remained a bastion of at least half-hearted resistance to the former president, where most Republicans still avoid criticizing Mr Trump publicly but have (since 6 January) backed away from the claims of voter fraud that many previously supported.

If he chose to run for president in 2024, he would likely be the most credible and viable anti-Trump Republican in the GOP primary field. Mr Trump himself is widely considered to be planning a bid to return to the White House, and other members of his administration such as former United Nations Ambassador Nikki Haley are also thought to be considering entering the race while doing their best to remain in the good thanks of the pro-Trump base of party voters.

Mr Hogan made his announcement regarding a Senate bid just last week, telling reporters he had no aspirations to join the US Senate.

“A number of people have said that they thought I could make a difference in the Senate and be a voice of common sense and moderation. I was certainly humbled by that. And it gave me and my family reasons to consider it. But as I have repeatedly said, I don’t aspire to be a United States senator,” said Mr Hogan.