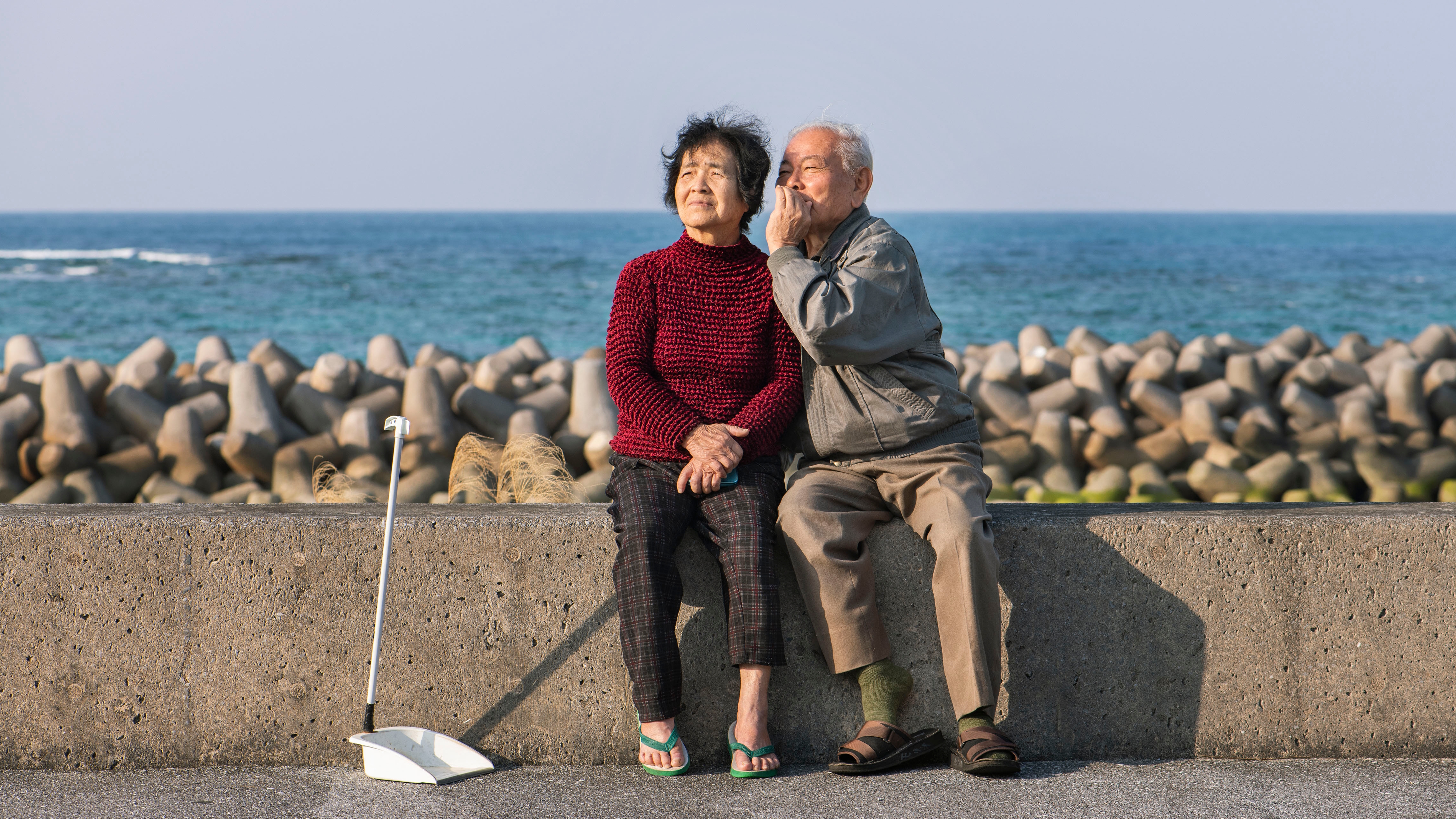 Eating less makes you live longer, however, only if you are a laboratory animal. A review of what has advanced the science on diets based on calorie restriction shows that their impact on metabolism is positive. However, the vast majority of studies have been done with mice, flies, worms, and yeast. For ethical and duration reasons, there are hardly any jobs with humans. What does exist is a series of natural experiments, but with contradictory results. Experts warn of the risks of these low-calorie diets and bet on a sufficient, varied and balanced diet.

More than a century ago, in 1917, a group of American researchers found that rats that suffered from hunger lived almost three years, while the rest of the well-fed colony died within 24 months. Since then, studies on caloric restriction have multiplied. More recent work has shown that, without having to reach malnutrition, laboratory mice and rats live between 20% and 50% longer than those that ate what they wanted. In other organisms such as fruit flies, nematodes and yeasts, all invertebrates, the energy reduction lengthened their life between two and three times. But humans are not yeast.

The review published by the journal Science highlights how, despite the backlog of studies on calorie restriction and longevity in animals, there are hardly any scientific trials worthy of the name in humans. The authors explain it in the study: “Unfortunately, it is currently not possible to know whether caloric restriction diets affect people’s biological aging. Unlike mice, it would be necessary to conduct controlled studies over many years to assess the long-term benefits for the lifespan and health of humans. ” What if there have been some experiments with non-human primates that point to the delay of aging and, in particular, to a healthier old age.

This research reviews three large groups of ketogenic diets, which seek to force the burning of fat, the different forms of intermittent fasting or variations in restriction, for example proteins or some amino acids. Although each type of diet acts differently, they have in common their impact on the process and speed of cellular metabolism.

The nutritionist Julio Basulto, a collaborator of Nutrir con Ciencia, recalls that “it is not easy to transfer the possible benefits in mice to humans.” A first obstacle is that calorie restriction leads to weight loss, with all the good that that supposes. But this makes it difficult to separate the longevity impact itself. The authors of the work of Science they remember other problems to transfer what was seen in the laboratory to people. For example, scientists’ rodents have been selected for decades for accelerated development (shortened trials) or early breeding. That makes any intervention on its longevity can be amplified.

“It is impossible to obtain longevity data in humans … however, many biological longevity markers are emerging and we see that they have improved remarkably”

Luigi Fontana, Director of the Healthy Longevity Research Program at the University of Sydney

Another big hurdle for science to recommend these diets is that the potential negative impacts of caloric restriction on humans are also not well understood. These could include a weakening of the immune system, poorer thermal tolerance, or decreased libido. Basulto adds one more risk: “Eating disorders. The people who benefit most from these diets are those who are overweight, but they do not enter the studies. However, in the real world, adding calorie restriction to someone who has an eating disorder can make it worse. “

See also  Nacho Palau speaks for the first time about his relationship with Miguel Bosé and their children: "It started as a beautiful story and ended as a horror story" | People

One of the largest natural experiments with humans had been taking place on Okinawa, an island in southern Japan. There they have the longest life expectancy in the developed world and 50 people out of 100,000 live 100 years or more, five times the ratio in other parts of the planet. In addition, the number of causes of death among the elderly is 50% lower than among the rest of the Japanese. From a nutritional point of view, the big difference is that their calorie intake was 17% lower than that of their compatriots or 40% less than that of Americans. The occupation by the military of the latter country after World War II (IIGM) introduced the western diet on the island and today those born in this century already have the same life expectancy as in the rest of Japan.

Luigi Fontana, director of the Healthy Longevity Research Program at the University of Sydney (Australia), acknowledges that there is no data on life expectancy in humans. “It is impossible to obtain longevity data in humans … however, many biological longevity markers are emerging and we see that they have improved remarkably.” Fontana is an outspoken advocate of calorie restriction: “The secret to healthy longevity can be found in a combination of actions that I have highlighted in my book,” referring to a work he published last year, The Path to Longevity: The Secrets to Living a Long, Happy, Healthy Life.

In the 90s and first decade of that century there was an experiment that, by chance, served to study the impact on the metabolism of the lack of food. The Biosphere 2 project aimed to create a complete artificial ecosystem to test life on other planets. A problem with supplies forced all eight participants to a forced caloric restriction of 29% for 18 months. Although restricted, it was a very plant-based diet, with sufficient fiber and protein. They observed an improvement in various markers already seen in mice, such as a decrease in insulin, cholesterol and triglyceride levels, an increase in cortisol and a decrease in blood pressure and glucose concentration. But they did not change key elements of metabolism such as the IGF-1 protein, relevant in development, testosterone or DHEA sulfate, a hormone related to the passage of time. They also lost bone mass, especially in areas prone to osteoporosis and fractures, such as the hip or femur. Also, years later, a review of the experiment found that the Biosphere 2 volunteers suffered from chronic hypoxia and this lack of oxygen could have vitiated the results.

The only scientific study worthy of the name that analyzes the markers mentioned by Luigi Fontana is CALERIE-2. Powered by the US National Institute on Aging (NIA), its acronym refers to an evaluation of the long-term effects of reducing energy intake. It was conducted at various American universities with 220 healthy and non-obese people. After two years of a sustained caloric reduction of 25% (in another group it was 12.5% ​​and the same burned through physical exercise), a decrease in oxidative stress markers and a slowdown in metabolism were observed. However, poor adherence to the program cast doubt on the results. The NIA itself warns today that: “There is insufficient evidence to recommend any type of fasting diet or calorie restriction.”

J. Alfredo Martínez, professor in nutrition at the University of Navarra

Professor of Nutrition at the University of Navarra J. Alfredo Martínez disagrees with using metabolic markers as indicators of future longevity. As others before highlights the difficulty of applying these diets to humans: “The life cycle of a rat is very short. We cannot leave a person eating little and wait 80 years ”, remembers Martínez. In addition, he adds, “development theories link eating little in the first years of life with various diseases as an adult.” Extreme cases were the impact of the famine on thousands of Dutch children during WWII or those held in the orphanages of Ceaucescu. For adults, “that diets lengthen life has not been proven nor will it be easy to prove it,” completes the also director of the Precision Nutrition and Cardiometabolic Health Program at the IMDEA Food Institute.

There are still more doubts. The researcher at the Institute of Science and Technology of Food and Nutrition, of the CSIC, Ascensión Marcos recalls that “the microbiota is involved and suffers from this type of diet.” Science is increasingly clear that the intestinal flora not only affects the digestive system, the entire body depends on these commensal microbes. Marcos believes that a good nutritional education is necessary more than any of these diets. “We eat very badly and the food industry is in the way,” he says. “In some of these diets, such as fasting, there is no science behind it,” he concludes.

In fact, researchers from the UOC’s Department of Health Studies and the University of Leicester (United Kingdom) are recruiting a group of women who have just entered menopause to investigate intermittent fasting. The head of the study, Salvador Macip, recalls that in this phase of a woman’s life “aging accelerates” and hence the interest in caloric restriction to slow it down. “As the authors of the review of Science I am very skeptical today, but not for the future ”. The big problem that Macip highlights is that “true markers of aging” have not been identified. In mice, they have already identified some, “we open them and see how their tissues have aged.” In humans, they will look for them in the blood. In the study that is about to begin, half of the women will follow an intermittent fasting diet, but both groups will eat the same amount of calories. They thus seek to separate the effect on weight from the impact on longevity. “We hope to find these markers,” he ends.