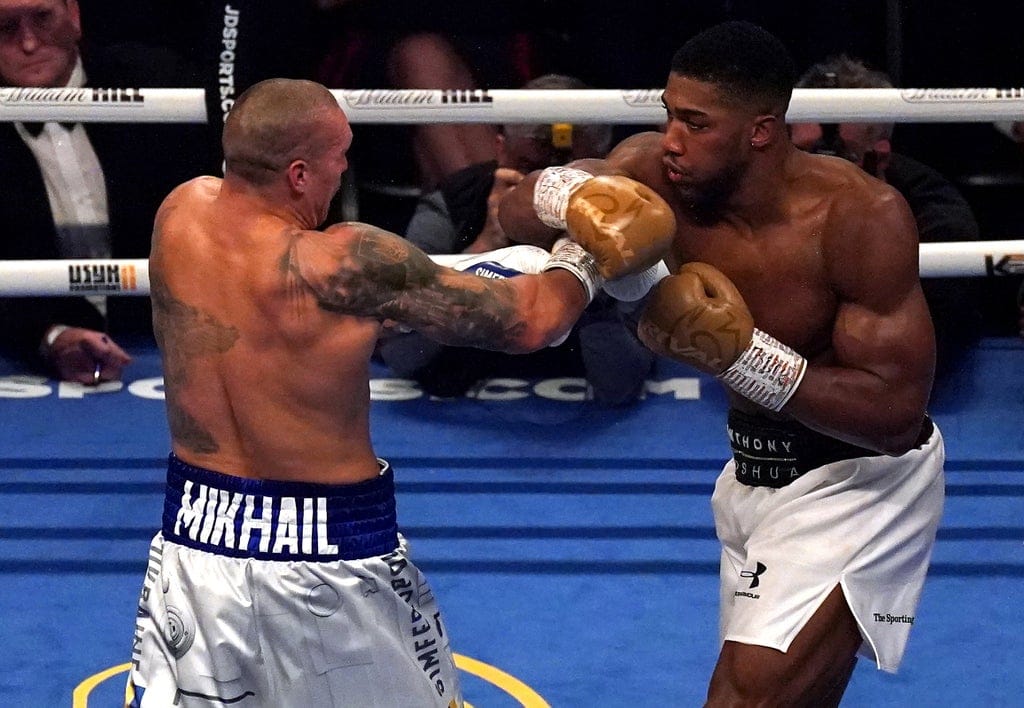 A decision over Anthony Joshua’s next opponent is set to be made this week, with doubts emerging over whether Oleksandr Usyk will fight this summer.

Joshua lost his WBA, IBF and WBO heavyweight belts to the Ukrainian in September and a rematch was expected to go ahead in the first half of 2022.

However, Russia’s invasion of Ukraine last month saw Usyk and fellow boxer Vasiliy Lomachenko return to their home country to enlist in the military and, while both were given permission to leave in preparation for their respective upcoming bouts, Lomachenko decided to turn down the chance to face George Kambosos in an undisputed lightweight contest this summer.

Promoter Eddie Hearn now expects Joshua’s most recent opponent to do the same.

“I felt Usyk would be taking the fight in June, but obviously, with Lomachenko’s announcement last night, it makes you think, can Usyk come out and say, ‘Nice, but I’m fighting (Joshua)’? So we are just saying to him we need to know,” Hearn told the PA news agency.

“If you want to fight, let us know and, if not, we’ll give you time, but we will fight in June. That is what hopefully we can decide this week.

“This week is the deadline really because we want to move forward. AJ is not getting restless, but he wants to fight and wants to be active.”

Joshua and Hearn were together at the O2 Arena on Saturday for UFC London and the Matchroom and DAZN promoter admits the Briton is eager to get back in the ring.

Since the coronavirus pandemic hit two years ago, the former world heavyweight champion has only been in action twice, stopping Kubrat Pulev in the seventh round at the end of 2020 before being stunned by Usyk with a unanimous decision defeat at Tottenham Hotspur Stadium in September.

“AJ is good and loved the UFC, but you can tell he wants to fight,” Hearn said after a press conference at Courthouse Hotel Shoreditch to announce a May 21 light-heavyweight fight between Joshua Buatsi and Craig Richards.

“I wanted to get in there and fight. He is excited, he wants to be active and that is the one thing that has been missing a lot from his career.

“I think because of his commercial obligations, but also as well as that trying to keep more active with the pandemic, it has really been two fights in two years so he feels he wants to get active again.”

With the Usyk (19-0) rematch not expected to take place any time soon, Hearn is on the hunt for an opponent to keep Joshua (24-2) ticking over before a second battle with the southpaw from Ukraine.

Londoner Joe Joyce has been vocal on social media about his compatriot and fellow Olympic medalist.

But Hearn insisted: “It would make sense to fight a southpaw if you are preparing for Usyk, so Luis Ortiz or Otto Wallin.

“Joe Joyce is calling him out. Look, he is happy to fight anyone. He has boxed virtually everyone in the division anyway so he doesn’t have a problem. We will see if the interim fight is an option.

“If it is an interim, probably London, but if not, it could be…international as well.”