Drew Pearce and partner Katie Wilcox are among the residents on the edge of Pocklington, East Yorkshire, who have been “cut off” by lengthy construction works

An angry couple who reside just 300 yards from the town center but roadworks have turned it into an 11-mile round trip.

Drew Pearce and Katie Wilcox say the ongoing construction job has left them “cut off” from Pocklington, East Yorkshire.

The work, off Burnby Lane, due to last two-and-a-half months, could mean forking out another £1,200 in petrol, Drew estimates.

It relates to the creation of a footpath for a housing development on land opposite the pair’s home, HullLive reports.

The couple and their neighbors also claim they were never properly notified about the disruption in advance.

Credit card company worker Drew said: “What should be just going up the lane is now more than a 10-mile round trip.”

The 45-year-old works partly from home but regularly needs to make the short journey to visit elderly relatives, do errands and visit a property he manages.

He said: “What’s really got my goat is that it was only published in the local paper on March 30 – the road was closed on April 4.

“We only found out we wouldn’t have access because we happened to see that. We were never officially informed about it.” 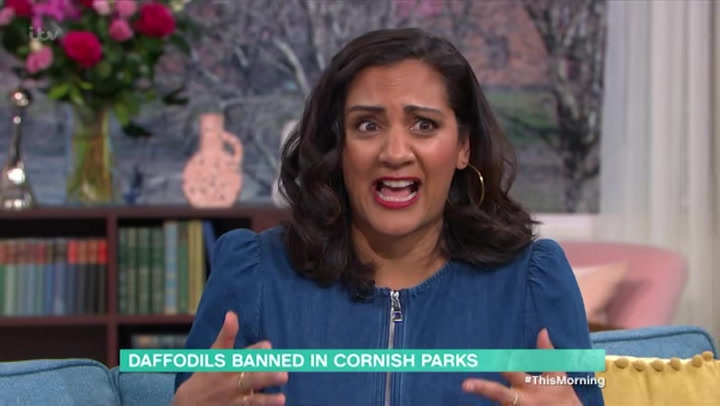 It’s not just Drew and Katie the works are affecting – dozens of other residents and one local business claim they have also seen their access to the town center cut off.

“One of my neighbors has just recovered from cancer so they can’t just walk into town,” said Drew.

“The developers have told people to walk through the woods instead.

“But that’s just not realistic for people who are disabled or just don’t want to walk through dark woods after hours. Given that we’re so close to town it’s a huge irritation.”

Boy, 3, who helped workmen near his home has his day made after they bring special gift

Drew said that even extra efforts to re-open the road overnight and at weekends would help minimize the inconvenience.

“I understand what they’re doing and why, but they could have paid more sympathy to the people who live here,” she said.

“It’s not just a back lane, it’s home for many people and it’s really affected the residents here.”

A spokesman for the East Riding of Yorkshire Council, who granted permission for the works, said: “The creation of the footpath, from the housing estate to the existing path, was a requirement of the planning application, so it needed to be done.

“A road closure was necessary at this site because the road was too narrow to allow for temporary traffic lights to be used and traffic to pass in order for motorists and the workforce to stay safe, according to our regulations.

“Access for pedestrians and other non-motorized traffic is being maintained but keeping the road open for vehicular traffic wasn’t possible and therefore putting a diversion in place wasn’t considered undue in light of the need to keep people safe.

“This was agreed by the developer and the council.”

The Mirror has contacted Mulgrave Properties, the developer responsible for the roadworks, for comment.