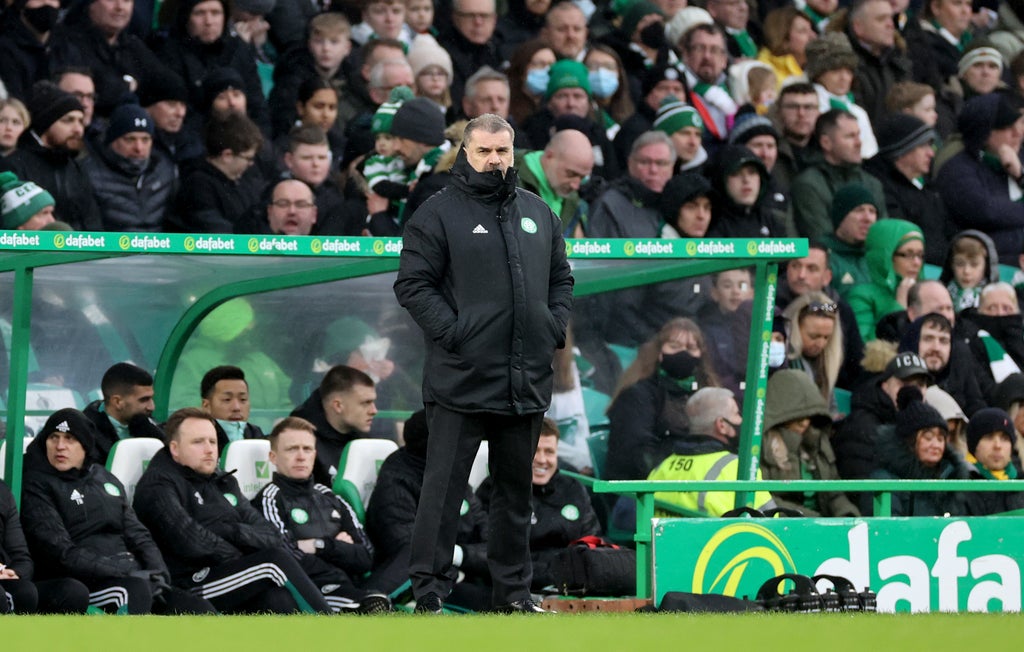 Ange Postecoglou told his Celtic players he will not accept 45-minute performances after a second-half surge saw them beat Raith Rovers 4-0 at Parkhead.

The Hoops boss was evidently unhappy with his team in the first half of their Scottish Cup fifth-round tie in which they went ahead with a Liam Scales strike.

The home side, helped by a series of substitutions, improved after the break and further goals from Giorgos Giakoumakis, replacement Daizen Maeda and stand-in skipper Nir Bitton – putting the rebound in after Jamie MacDonald had saved his penalty – put gloss on the scoreline .

However, the former Australia manager was unimpressed by the efforts before the interval.

He said: “The way we set up and play our football, I forgive everything from mistakes, people making bad decisions.

“But I just won’t cop people just putting in a 45-minute shift. That’s not what it’s about.

“That’s when my frustration comes out. I just feel every time you put the shirt on there’s a price to pay for it.

“That price is you give everything you have for the time you are out there, within the context of how we play.

“They are not hamstrung. They get plenty of freedom out there, and we played some outstanding stuff in the second half.

“But you are not going to do that if you are looking for a comfortable afternoon. There were too many doing that in the first half.

“My sense is it was a collective thing. Maybe it was the way I prepared them for the game.

“Maybe it’s just the fact we’re on such a good run and people keep talking about momentum.

“Things are going so well, psychologically people think things are just going to happen – but they won’t.

“The subs came on and made and an impact – but that’s their job.

“The last half an hour was just as important as the first 60 minutes but that’s the frustrating bit.

“The second half was much more like ourselves and that’s why I don’t accept the first 45.”

French defender Christopher Jullien was on the bench after recovering from a knee injury which kept him out since December 2020 and he got a huge cheer when he replaced Cameron Carter-Vickers late in the game.

Postecoglou said: “He’s worked hard in training and, like every footballer, he wants to play so we gave him some game time and I’m sure that will encourage him to keep working hard and take his opportunity when it comes.”

It had been quite a week or so for Rovers boss John McGlynn.

The backdrop to the game saw the club embroiled in the controversial signing of David Goodwillie who was found by a judge in a civil case in 2017 to have raped a woman.

The Kirkcaldy club’s decision to hand the 32-year-old striker a two-and-a-half-year contract sparked a fierce backlash.

McGlynn apologized for the “enormous” mistake in signing the player and Raith stated that Goodwillie will not play for them.

The Rovers manager said following Sunday’s clash: “We continued to stay focused on the game because it is such a big game.

“That was good from that point of view. We knew we had to be focused on this game. Scottish Cup tie, Celtic.

“I think we can come out of this stronger. The guys put on a good show.

“Yeah, we got beat and you’re disappointed of course, you are never going to be happy losing but you can take positives from it.

“The discipline, effort, commitment. The guys showed that and they showed that it hasn’t really affected us, we put on a good show today.”