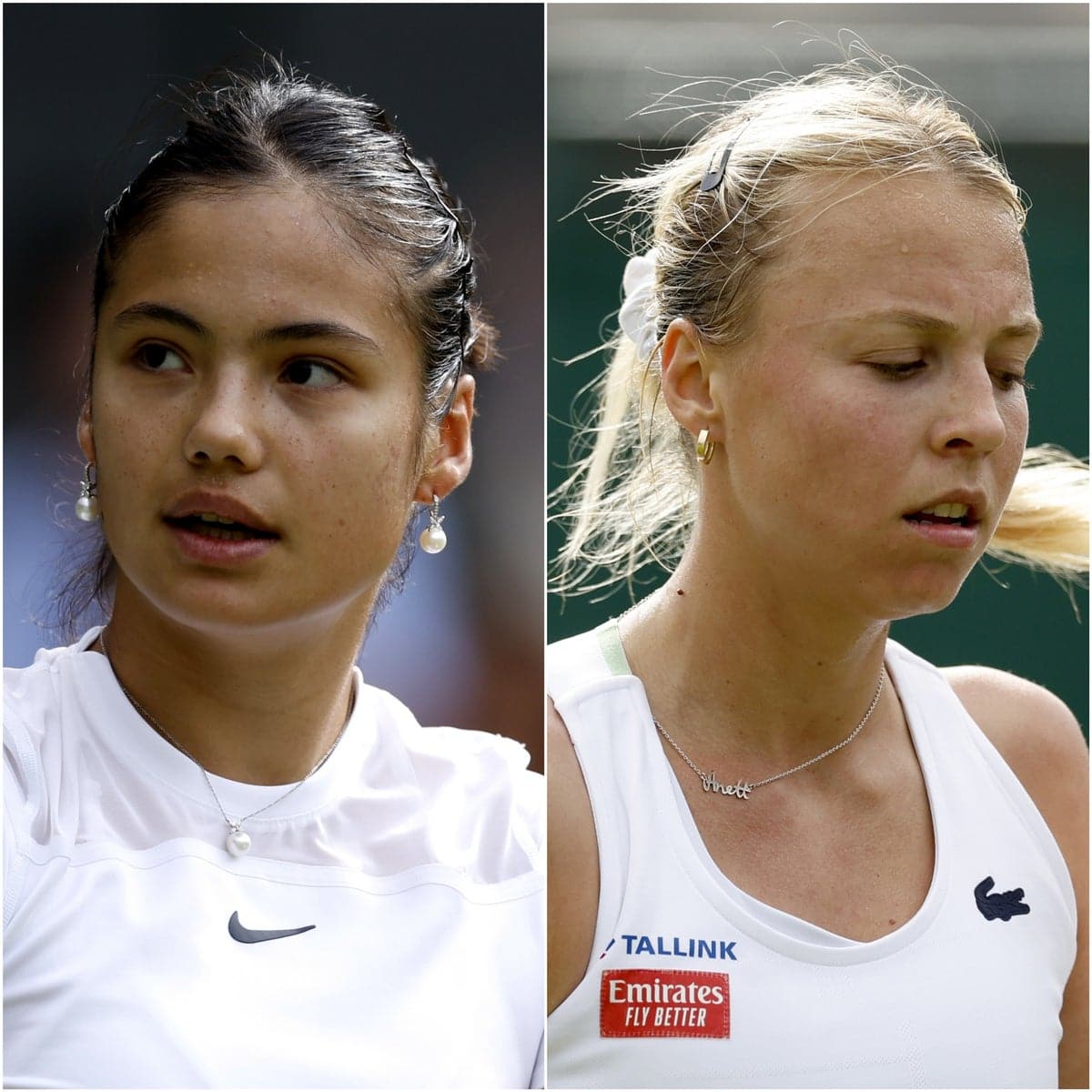 Top-10 seeds Anett Kontaveit and Emma Raducanu suffered early exits from Wimbledon on Wednesday and both lay a chunk of the blame on a lack of preparation ahead of the Championships.

Kontaveit, the second seed, spent only 58 minutes on Court One before she went down 6-4 6-0 to Jule Niemeier in round two.

It was a similar story for British hopeful Raducanu, who lost 6-3 6-3 to Caroline Garcia on Center Court having suffered a side injury at Nottingham at the start of June.

Estonian Kontaveit was able to win her first round tie with Bernarda Pera on Monday but revealed after her exit that she was still suffering with the after effects of testing positive for coronavirus earlier in the year.

“Well, I had it two months ago, I think, or something like that. Then I tried to come back very quickly,” the world number three revealed.

“At the French, I really struggled. I had really big energy dips and I was tired all the time. It was tough to wake up. I sleep a lot all the time.

“So, yeah, it was, then after the French, I tried to start training again and it just got worse. I started feeling more and more tired. Then I decided to take a complete break for a couple of weeks.

“I felt like my energy was starting to come back and yeah, I started easier, started just with the gym, and then it was only, I don’t know, 10 days until Wimbledon.

“I was thinking I wasn’t going to come if I didn’t think I could play a match or finish a match.

“I actually started feeling better in practice. I a felt pretty good, but it’s still… I had, I don’t know, a week to play tennis before a grand slam, so of course I’m not in the physical shape that I would like to be in.”

Raducanu, the 10th seed, had a similarly disrupted build-up to the third major of 2022 after she retired in Nottingham after only seven games with Viktorija Golubic.

It was touch-and-go for her to make a Wimbledon return and like with Kontaveit, she managed to get through her opening match but came unstuck against Garcia who won on Center Court in one hour and 26 minutes.

Teenager Raducanu added: “I think that since the French Open, the biggest thing has been my time on court has been extremely minimal.

“I didn’t feel anything out there. I declared myself fully fit when I walked out on to the court on the first day, but I’ve played seven hours of tennis in a month.

“To even compete with these girls at this level and win a round I think is a pretty good achievement.”

Former Wimbledon winner Garbine Muguruza was also knocked out on Wednesday but in the first round to Greet Minnen.

Ninth seed Muguruza won just seven points in the second set and was visibly emotional on her way to a 6-4 6-0 defeat.

There was no such trouble for third seed Ons Jabeur, who thrashed Katarzyna Kawa 6-4 6-0 despite being hastily arranged to play on Court 12.

It was also the case for fifth seed Maria Sakkari after she got the better of Viktoriya Tomova 6-4 6-3.

Angelique Kerber, who won at the All England Club in 2018, Jessica Pegula and Jelena Ostapenko were among the other top-15 seeds to progress into the third round on Wednesday.

In the all-Ukrainian battle between Anhelina Kalinina and Lesia Tsurenko, it was the latter who triumphed 3-6 6-4 6-3 to make the last-64.

Tsurenko’s prize money now stands at £120,000 and she has already pledged to send 10 per cent back to her country to help with the war against Russia.

“I feel terrible and I feel very guilty,” she said. “I feel that it seems like there is nothing I can do, so the only thing is continue playing and – as I said – I donate 10 per cent of my prize money.”