Skip to content
Home News André Ventura, the anti-system who wants to be a minister in Portugal | International 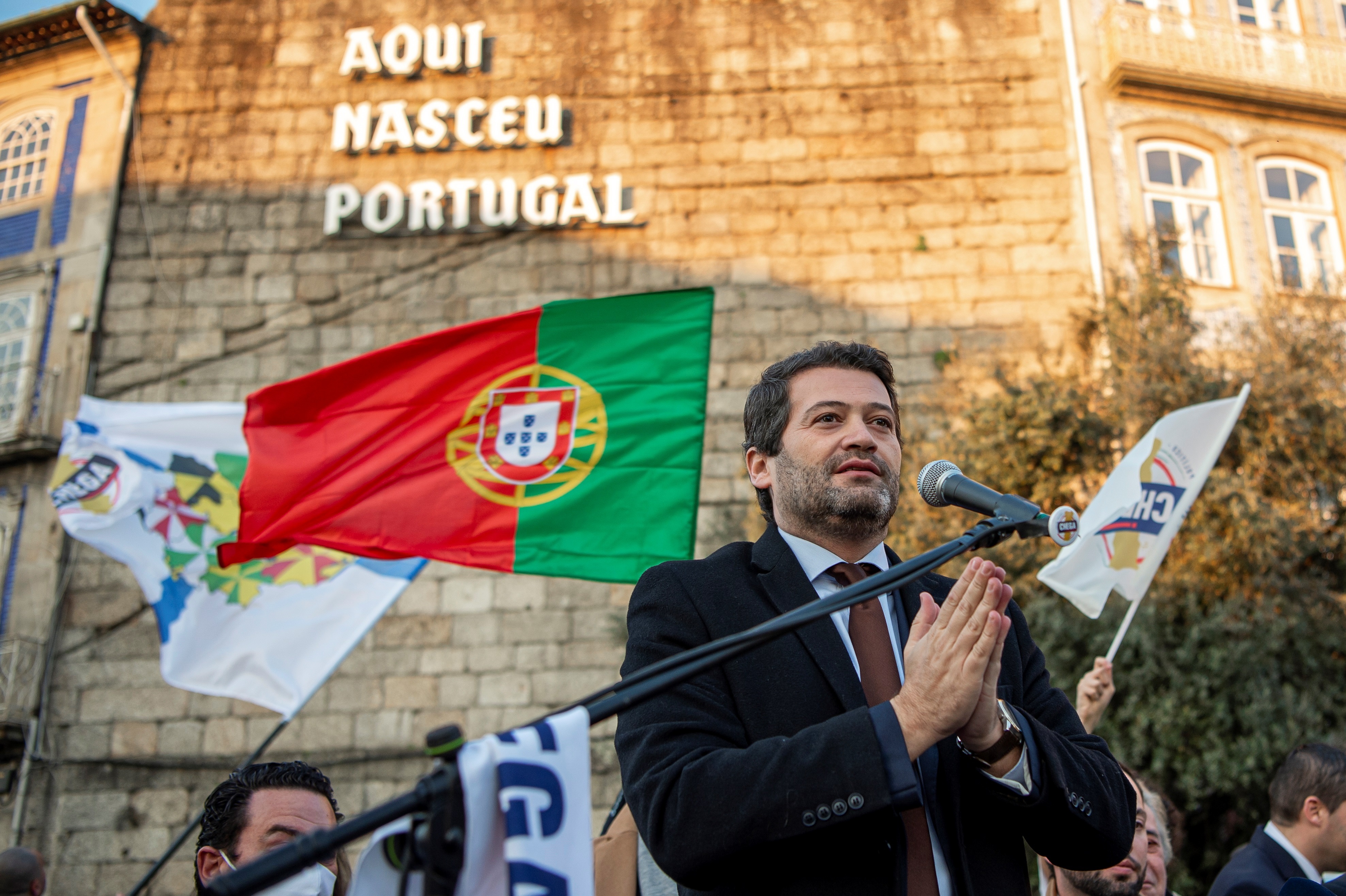 In 2017 André Ventura (Algueirão-Mem Martins, 39 years old) publicly crossed a border. A good part of his campaign as the candidate of the conservative Social Democratic Party (PSD) for mayor of Loures, a town in the Lisbon metropolitan area, was based on attacks on the municipality’s Gypsies: “They live almost exclusively on state subsidies” . Pedro Passos Coelho, his leader in those days, backed him up. Since then, the PSD has moderated its discourse with the arrival of Rui Rio to the presidency in 2018 and Ventura has founded a party, the Chega, so as not to have to change his mind. The attacks on the beneficiaries of social assistance and the Roma community are repeated in the rallies and debates of the candidate, who also defends the chemical castration of pedophiles and rapists and the introduction of a reviewable life sentence in Portugal, the first country in the world to abolish life imprisonment in the nineteenth century.

Until that year of 2017, Ventura was a professor of Law, who had studied at the Universidade Nova de Lisboa. He became famous as a sports commentator on network television and tabloid newspaper Correio da Manhã (the most sold in Portugal). He worked in the Administration as a tax inspector and also explored the dark side, as a tax consultant at the Finpartner company, investigated in a money laundering case. In the face-to-face meeting that this campaign had, the socialist António Costa reproached him for having changed the persecution of fraud for advice to those who want to cheat taxes. Tax reform is one of the main claims of Chega, who also defends the reduction of subsidies and public positions. The party’s motto recovers that of António Salazar’s dictatorship: “God, Country, Family and Work.” “I am not a Salazarist, neither is the party, but those are good guiding values ​​of society,” Ventura said in an interview with the magazine Saturday. In that conversation he also acknowledged that he had been invited to join Opus Dei and Freemasonry and that he controlled his weight with a diet that combined fasting for 16 hours with an open food bar.

Chega was registered as a party in April 2019. That year it entered the Assembly of the Republic with 1.3% of the votes, which gave its leader the seat. Until then, Portugal was considered an exception in Europe due to the non-existence of a far-right force. What happened in just two years ended with the oasis. In January 2021, Chega received 11.9% of the votes in the elections for the presidency of the Republic. Ventura was in third place, very close to socialist Ana Gomes, who lacked the support of her party apparatus.

Alexandre Afonso, professor of Public Policy at the University of Leiden (The Netherlands), analyzed the electoral results of the presidential elections in the Portuguese municipalities to try to define the profile of the voters of the ultra party. “The size of the Roma community and the percentage of welfare recipients in the towns are associated with a high number of far-right voters,” he concluded. Unlike other countries such as the United Kingdom (Brexit) or the United States (Trumpism), the wave of Chega does not seem to grow on poor economic prospects or on immigration. “In a context where the relevance of immigration is low, mobilizing the electorate against other more stigmatized minorities such as the gypsies seems more effective in terms of electoral results at the local level,” says Afonso.

“The party”, exposes Mafalda Anjos, director of the magazine Vision, “it feeds on resentments, frustrations, fears and hatred, and explores all the issues where it can capitalize on the discontent of those who feel on the margins of society. It does not really have programmatic or ideological content, as it happens in Vox or in the German Afd, it only has the toxicity to explore the rage of the day. It is enough to mention that his Government program has nine pages”. Anjos, who has devoted special attention in his media to the anti-system movements in Portugal, has sometimes suffered offensives from party leaders, who undoubtedly belong to the extreme right: “He has proposals and ideas that systematically violate the rights, freedoms and guarantees of the Portuguese Constitution, and of internationally recognized human rights”.

Ventura’s speech has taken him to court on occasion. He has been convicted in first and second instance for offenses against the honor and image of a family from the marginal neighborhood of Jamaica (just outside Lisbon), whom he defined as “bandits” in an electoral debate for the presidential elections with Marcelo Rebelo de Sousa , who aspired to re-election as head of state. The Chega leader exhibited a photo of Rebelo de Sousa with seven members of the Coxi family, including one with a criminal record, to accuse him of fraternizing with “bandits” and people who came to Portugal to “live off the welfare state.” The judges considered that the “offenses” had “a discriminatory aspect due to the color of the skin and the socioeconomic situation of the protagonists.” During this legislature he also caused a stir when he asked that a deputy of Guinean origin be returned to Africa after defending that Portugal restore the plundered colonial art.

In these elections, Ventura aspires to be decisive and become the third force, ahead of the Bloco de Esquerda. Although a victory for Rui Rio no longer seems unreasonable, as was presumed a month ago, in the polls the PSD is far from having a comfortable majority to govern without support. And its traditional partner, the Social Democratic Center (CDS, right), is taking steps towards irrelevance. That parliamentary space could now be occupied by the far-right formation, which has already put a price on an alliance with Rio: enter the Government if they receive more than 8% of the vote. “It doesn’t make much sense for a party to have more than 8% and not have a presence in the ministries and not have the capacity to transform,” defended the Chega candidate in an interview in the weekly expresso. Ventura finds no contradiction between defining his party as “the true anti-system and popular right” and claiming a position at the heart of the system.