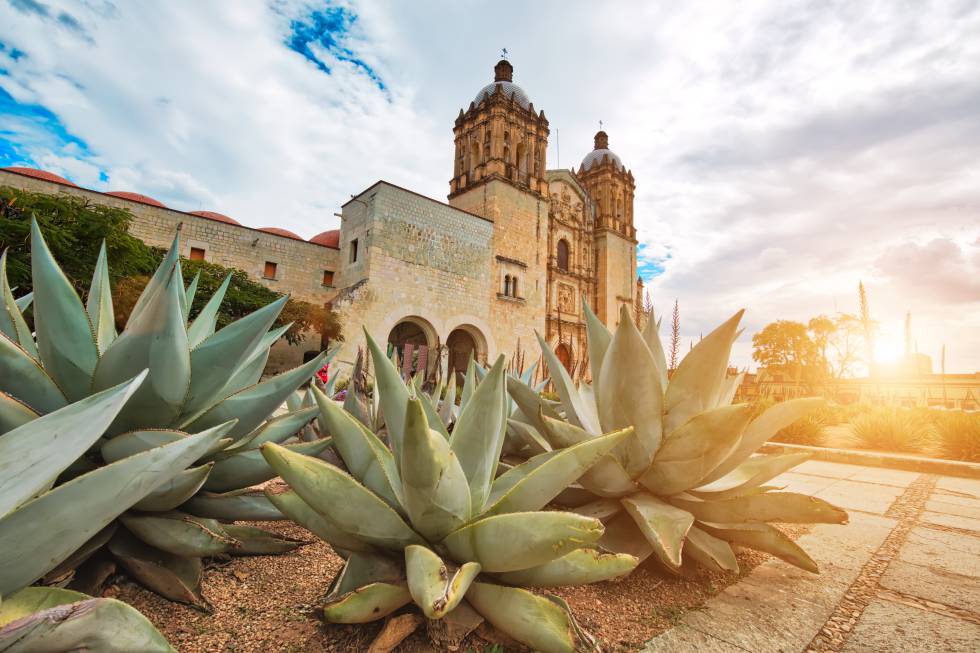 Returning to the streets has been a complex process, each city has had different obstacles and deficiencies to solve. To understand the particularities of our localities, as well as the possibilities for change, it is necessary to walk them and think of this act as a collective exercise. Wandering is a political act that allows us to understand and recognize ourselves as part of a diverse and at the same time unequal community. In doing so, we can find some material examples of how space is transformed over time based on social, economic and political needs, and thus be able to recognize the power we have to build a future where the sustenance of life is in the center.

If, when leaving the Zócalo station, in the center of Mexico City, we walk north, we will see the Santo Domingo Cathedral head-on. On one side of it we find República de Chile street, which connects with the famous Lagunilla market. Around us there is a sea of ​​shops and a few road renovations that have taken longer than expected. Passing the parade of smells and the contrast of textures of old houses and the occasional new building, a product of gentrification, we will find a police station that leads to a small completely pedestrian street called Mariana Rodriguez del Toro Lazarín. When we stand at the entrance we can see a considerable number of trees, local businesses, old neighborhoods, two schools, a playground and some concrete tables designed for playing chess.

This small avenue has had different faces. During colonial times, the first public baths were found as well as Mercy, one of the institutions promoted by the Spanish Government to give asylum to women in vulnerable situations. This place served as a home and correctional facility for sex workers and divorced women. Some of the neighborhoods were part of an income system where a significant percentage of the income generated was destined for the community hospital to provide health services to women from Mercy. Later it became a key point for the tram route that connected the center of the capital with Xochimilco, and served as a food and recreation site for all the workers of the surrounding textile businesses.

See also  "This has taken me ahead"

The shortages caused by the 1985 earthquake transformed the housing access system in this area and allowed many inhabitants to own it. There were initiatives for the rehabilitation of common areas by the neighborhood organization. All these physical changes have responded to the needs derived from economic crises, political transitions, as well as from strategies caused by waves of crime and, now, must be linked to recovery projects due to pandemic effects; the exacerbation of inequality has modified the physical space as well as social dynamics. The recent increase in insecurity and the closure of many stores have led to a gradual abandonment of the space accompanied by a growing sense of uncertainty and mistrust.

Various economic mechanisms are needed as well as the formation of innovative urban coalitions between neighborhood, government, academic and even artistic actors to carry out a process of economic and social recovery that stops this deterioration. Some of the existing elements that facilitate the social appropriation of this territory and that should be replicated in the planning for any recovery program are: proximity without the use of private vehicles, easy access to public transport that connects key points of the city. city ​​and that has managed to adapt to the needs of people, the existence of green areas and public recreation spaces as well as local economic activity.

Walking down this small street reminds us that the pandemic caused by covid-19 exacerbated spatial inequalities. Once again the mobility of care, which is essential to sustain life, the importance of access to quality public spaces necessary for physical and mental health, and the housing crisis, which should be built with the objective of generate well-being and not capital accumulation. Both on a national and international level, returning to the streets should be an exercise in social transformation that allows us to build a space that responds to collective needs; naming the past and walking the present is a way of remembering that the urban is political.