Skip to content
Home News “Ancelotti could not and neither could Zidane”, the Real Madrid player who has not been able to recover any coach | The spar 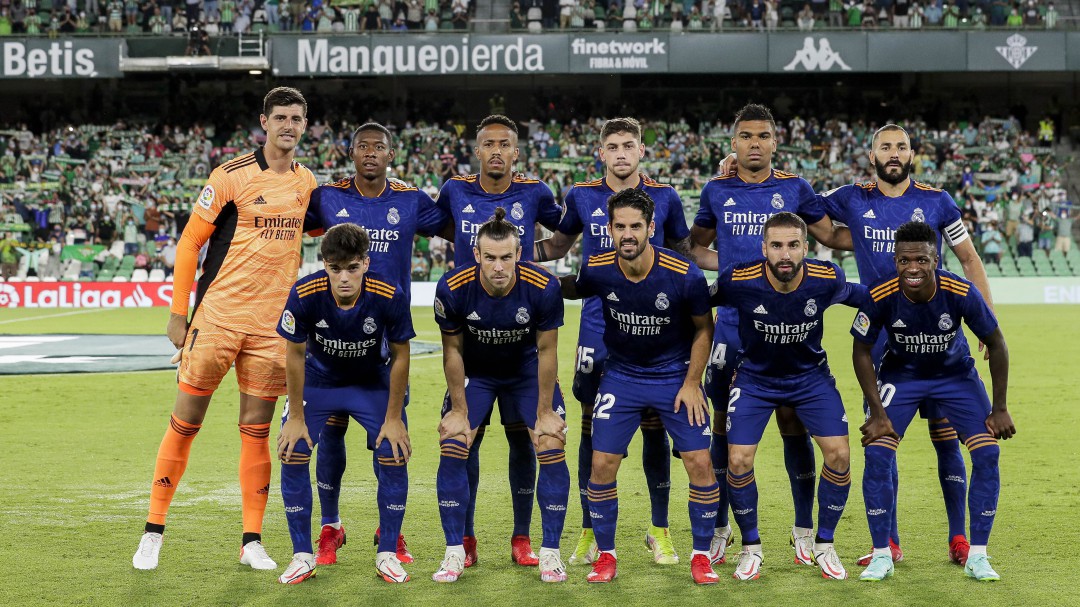 Barcelona change their feelings against Sevilla after the 1-1 draw at Sánchez-Pizjuán. Real Madrid faces the game in San Mames full of casualties due to the coronavirus. Atlético de Madrid has a new controversy: Suárez’s shouts at Simeone after a change. The Sanhedrín de El Larguero analyzes all the LaLiga news.

Last minute of the ‘Isco case’

In a Real Madrid full of casualties, Isco and Alaba have been the last names to join the list. The Malaga player goes through a tense moment with Ancelotti, after what he experienced in the game against Granada.

Antón Meana: “With Isco there is no problem: he has not warmed up since what happened in Granada. He just stays on the bench. Today Ancelotti smiles at the press conference because he has tried to get Isco back. He did everything possible.”

“He likes him as a footballer and he would love to have him. But he couldn’t, the same thing happened to Zidane. He neither wants to nor can. He won’t face him. If Isco doesn’t want to, Ancelotti can’t. He prefers not to ‘kill him. ‘in front of the media, but he knows he has the backing of the club. “

Antonio Romero: “I think that in Madrid they do not think that they do not want to, but that they cannot. If you abandon yourself in elite sport, there is no going back. They believe that he has become a footballer of the lot. They believe that the The quality that he has as a footballer is no longer worth it. At Christmas they don’t think he’s going to leave the club because right now Isco isn’t worth anything in the market. “

Julio Pulido. “You have to figure out Ancelotti. The reality is that he had the warm-up crash, and since then he hasn’t played again. I don’t have the feeling that Ancelotti has given Isco many more options.”

Xavi Hernández, FC Barcelona coach, was happy with the Catalans’ match against Sevilla at the Sánchez-Pizjuán. “The worst thing today is the result, “he said after the match.”

Miguel Martín Talavera: “I do not agree, not even with the expulsion of Koundé there has been an arreón of the Barça to put to the Seville in the area”.

Jordi Martí: “It seems to me that the image that Barça has given is one of growth and very positive feelings. This morning the feelings in the newsroom were not good, because you are facing a winning and mature team. Today the fan realizes it that he closes the doors and dominates the direct rival of the leader in the league. ”

Sique Rodríguez: “It is true that this Barça is better than Koeman’s. But it is true that a good result, such as a draw against Sevilla, still leaves him fifteen points behind the leader.”

Santi Giménez: “It seems to me that the eighth has visited the second and has come out alive. Likewise, Barça has made the same mistake as Real Madrid in other seasons:” not winning anything and saying that everything is fine. ” A few days ago you were closer to relegation than to the leader, drawing at home to second I think can make you leave today satisfied “.

Julio Pulido: “From Barça, like Madrid and all the best, we must demand the best from them every day.”

Luis Suárez starred in a huge anger with Simeone when he changed him in the game against Sevilla. “Fucking asshole, always the same,” he yelled into the band as he was changed.

Talavera: “This from Luis Suárez was also done by Joao Félix. Cholo did not take the registration from the Portuguese and neither will he with the Uruguayan.”

Romero: “I think there are people at Atlético de Madrid who know that Luis Suárez is going to be problematic between now and the end of the season.”

Santi Giménez: “And if you join Suárez with Griezmann, nitroglycerin is formed.”