Skip to content
Home News Analysis of the first round of La Liga: the Champions zone burns | sports 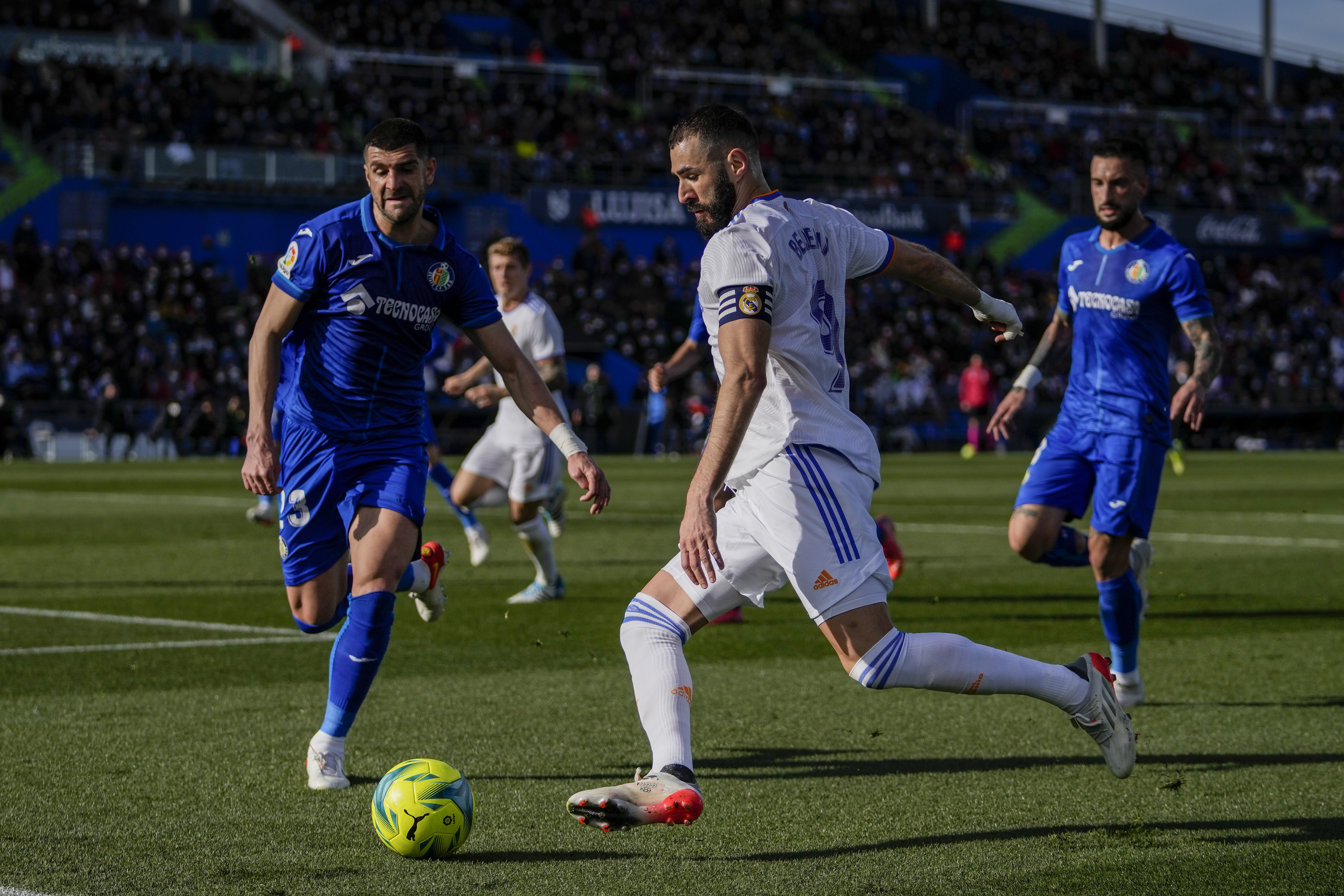 With the first round of the championship consumed with a match from the second already played, Real Madrid-Athletic (2-0), the League presents a close fight for the places that give access to the Champions League. With Real Madrid and Sevilla highlighted in the top two positions of the table, the great novelty of this year is that the third place is more open than ever. Eight clubs, from third (Betis, 33 points) to tenth (Athletic, 27), passing through Atlético (32), Barcelona (31), Rayo and Real Sociedad (30) and Villarreal and Valencia (28), move in only six units of difference. Last season, for example, at this stage of the course, between the third Barcelona (37) and the seventh, Granada (28), there were eight points of gap.

The return of the public to the stadiums has not had a notable impact on the results. There have been 79 home victories, 50 visitors and 61 draws by 77, 56 and 57, respectively, in the 20-21 campaign. At the time of the partial balance, the performance of the champion, Atlético, draws attention, who last season, after the first 19 games, had 50 points for the 32 this season. It also collides with the fifth position of Barcelona 15 points behind the leadership. Situation in which he had not been since the 2003-04 season, with Rijkaard. They finished the first round seventh, 16 points behind the leader, Valencia, and 15 points behind the second, Real Madrid, and yet they finished second in the championship, five points behind the champion, Valencia, and with two more than the Bernabéu team. , which was fourth.

Real Madrid, a solid leader. Despite his defeat in Getafe, second in the championship, the statistics and football sensations are those of a robust and stable first classified. In the collective facet it is backed by being the highest scoring team with 41 goals in 20 games, 2.05 on average, and the second fewest goals, together with Athletic, with 17 goals against, only improved by Sevilla, with 13. Also leads the sections of spikes and passes. In the first with 329, an average of 16.45 per game, 126 of them on goal, 6.30 per game, and in the second with a total of 11,956 and an average of 597 per game. From a tactical point of view, Ancelotti is faithful to a well-defined framework and space occupation based on the 4-3-3. Few experiments in this regard. Both in men and in the system. Against Celta and Valencia, for placing Hazard as the second striker behind Benzema, he appeared at a 4-2-3-1 that did not convince him, much less Cornellà’s test against Espanyol (4-4-2 ), where he received the other championship loss.

In the individual rankings, the leader boasts of having the top scorer, Benzema, 15 hits, including two from the second round match against Athletic, with a total of 67 shots, 30 of them on goal and completed with his seven passes. the Gol. He can also boast of having the best dribbler on the payroll and one of the sensations of the League. Vinicius amasses 127 dribbles, 56 of them good. In addition, the Brazilian accumulates 10 goals and four goal passes.

The blackouts of Atlético and Barça. Unpredictable the false pirouette of the champion in exercise. His Guadianesque performance was unexpected when he seemed like a compact and well-structured block that should only be reinforced with the arrivals of Griezmann and De Paul. The team has been vulnerable in its traditional best facet, defense (22 goals conceded) and Simeone, in his eagerness to find solutions, has turned his board a thousand times, constantly changing models to the point of managing up to six different systems. some in the same meeting.

Without Messi or Griezmann and with important absences due to injury, especially in attack, the irregularity of Barcelona, ​​including a change of coach, could be more predictable. His great sin was committed in the Champions League and now he clings to young people. Virtue can be born out of necessity. Xavi tries to give stability to the style that allows him, despite everything, to be the best team in terms of ball possession with 64.7%, four points more than the first two, Real Madrid and Sevilla (60.32) .

See also  Woman, 21, shocked to hear she has lung tumour after struggling with bad cough

The Spanish forwards, in shape. The goal in the League speaks Spanish. Among the top 10 filmmakers, six domestic. Juanmi, with 11 goals in 19 shots, appears behind Benzema, with the best percentage of success, 37.93. Joselu and Aspas keep Alavés and Celta with their 10 goals each; From Tomás he adds up to nine; Gerard Moreno already has eight, one more than the incombustible Jorge Molina (40 years) who monopolizes seven, the same as Carlos Soler, the only one on this list of scorers who is not a forward.

The newly promoted respond. Good balance of the three clubs that rose in category. Special chapter for Rayo Vallecano, which until last Sunday occupied the Champions League place with a brave game, without complexes and making Vallecas, its stronghold: eight victories, one draw and only three goals against. Their leader, Trejo, is the leader of goal passes, eight.

The other two ascended have exchanged their addresses. Mallorca has gone from more to less, but remains four points above the drop and Espanyol has accelerated in recent days to place eleventh with 10 cushion points and only four of the Europa League positions marked by Rayo.

In the relegation positions, Levante collapsed, which has not won a game and is the team with the most goals. His bench is now for the third coach: Paco López (eight games), Javi Pereira (seven) and Lisci (four).

Tactical variety. The League maintains its tactical wealth. It is becoming less and less common for a team to have a single game model and this season many teams have resorted to defending three centrals and from there to place the pieces in multiple ways with the height of the sides as a hallmark of identity and main reference.

Five teams adjust to the 4-2-3-1: Betis, Cádiz, Espanyol, Mallorca and Rayo Vallecano. As many, to the more classic 4-4-2: Athletic, Granada, Valencia, Villarreal and Celta. Real Madrid, Barça and Sevilla start from 4-3-3, while Alavés, Elche, Getafe, Levante and Osasuna modify their slates depending on the rival and the match.