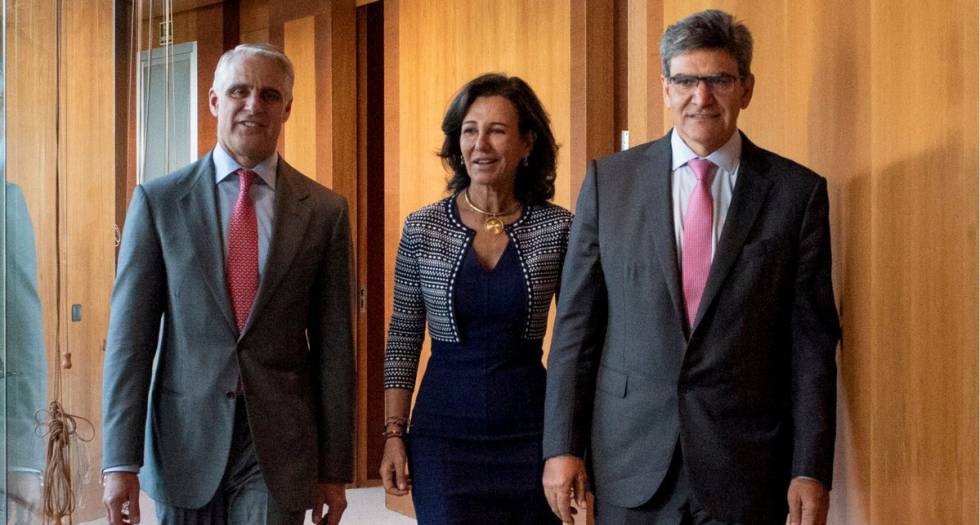 In the judgment of the Court of First Instance of Madrid, with 24 pages, the magistrate has ordered Banco Santander to compensate the Italian banker Andrea Orcel (Rome, 57 years old) with 68 million euros for his frustrated signing as CEO of the entity Spanish, as stated in the sentence to which EL PAÍS has had access. Santander, which has been hit like a blow by this sentence due to all the implications it entails, will appeal to the Provincial Court and has said that it “trusts to win the appeal, as has already happened in the two criminal complaints filed in the courts in relation to this matter ”.

Delighted that Andrea Orcel is joining us as Group CEO. As we continue to transform Santander his experience is invaluable. Welcome Andrea.

The compensation to Orcel is broken down into 35 million for the long-term incentives that he has not obtained when his signing was frustrated, 17 million for the agreed incorporation bonus, 10 million for moral and reputational damages and 5.8 million for the two established annuities as remuneration objectives, according to the sentence. In addition, Judge Javier Sánchez Beltrán establishes that these amounts must be paid “including legal interest plus two points” in the interest rate and orders the bank to pay costs.

In which I point to the excellent work my team have delivered and that it is great that Andrea is joining José Antonio and I to deliver our vision: an open and responsible financial services platform. https://t.co/qz465dZxWo

The key to the case is in the letter-offer of September 24, 2019, approved by the council the next day, which for the judge “is a valid and perfect contract” because he has an offer, the acceptance of the other party, the consent of those involved and a cause, understood as a direct purpose, which is the hiring of Orcel. The judge understands that he complies with the four key articles of the Civil Code. And he adds: “In this sense, Botín’s statements on his particular Twitter account are especially eloquent” and he cites four messages.

The event is timely. Yesterday we appointed Andrea Orcel as the new Group CEO. He will help accelerate execution of our strategy to integrate these kinds of leading-edge digital services, as we have in Openbank, throughout Santander.

The first two are from September 25, 2019 and in them Botín says: “Delighted that Andrea Orcel is joining us as CEO of the Group. As we continue to transform Santander, his experience is invaluable. Welcome Andrea ”.

This message was preceded by another from Santander’s official account, which Botín retweeted, and which read: “Andrea Orcel, appointed CEO of Santander at the beginning of 2019. José Antonio Álvarez will be the new executive president of Santander Spain and the only vice president of the Group with an executive position ”.

The following day Botín published another message: “Yesterday we appointed Andrea Orcel as the new CEO of the Group. It will help accelerate the execution of our strategy. ” Another of the president’s messages is from October 4, 2019: “I highlight the excellent work that my team has done and that it is great that Andrea is joining José Antonio and me in delivering our vision: an open financial services platform and responsable”.

The precedent of Dia

The car also echoes an interview with Botín in the Bloomberg agency in which he said: “José Antonio”, referring to Álvarez, “Andrea and I myself are the best team for the next few years”. It is not the first time that Botín has a problem due to a tweet. On May 20, 2019, at 5:20 p.m., with the market still open, he published: “Finally, the President of Letter One has committed to working to eliminate discrimination between bondholders and Dia banks, which we believe is fair treatment. Santander has responsibly decided to support Dia and its employees ”. The CNMV investigated the case for a possible sanction for not resorting to a relevant fact, as is usual for this type of information. Finally, there was only a warning in the face of doubts that the tweet had influenced the price.

Apart from the messages, the order cites a phrase from the minutes of the board of directors of December 18, 2019 in which it refers to Orcel’s “new hiring” and refutes Santander’s defense arguments. He says that his contract was formally approved “unanimously” and that he was appointed as a director, replacing Juan Miguel Villar Mir. The magistrate dismantles the need for the appointment to be ratified by the shareholders ‘meeting because it was held in April and the letter of cancellation of the hiring was in January 2019. He also affirms that the shareholders’ meeting does not have powers to ratify this appointment .

The ECB gave the go-ahead “informally”

Regarding the need to receive the approval of the European Central Bank (ECB), a condition that Orcel did not receive and that Santander wielded, the judge recalls Botín’s words included in the minutes of the appointments committee: “Ana Botín informed the committee that both the ECB and the Bank of Spain had communicated, informally, that they have no objections to the appointment of Orcel ”.

Finally, the order also rejects the bank’s argument that the hiring was subject to UBS, the Swiss entity from which Orcel came, paying at least 50% of the pending deferred remuneration that it would lose by going to Santander. The Italian said that if UBS did not pay it, the Spanish bank should. “From the emails between Botín and Orcel it does not appear that Santander would reconsider going ahead with the incorporation of Orcel” for this reason. And remember that Max Weber, president of UBS, at that time, declared at the trial that the bank’s policy is not to pay the deferred bonus “when an employee leaves of his own free will.”

See also  The Government evaluates a tax reduction on fuels