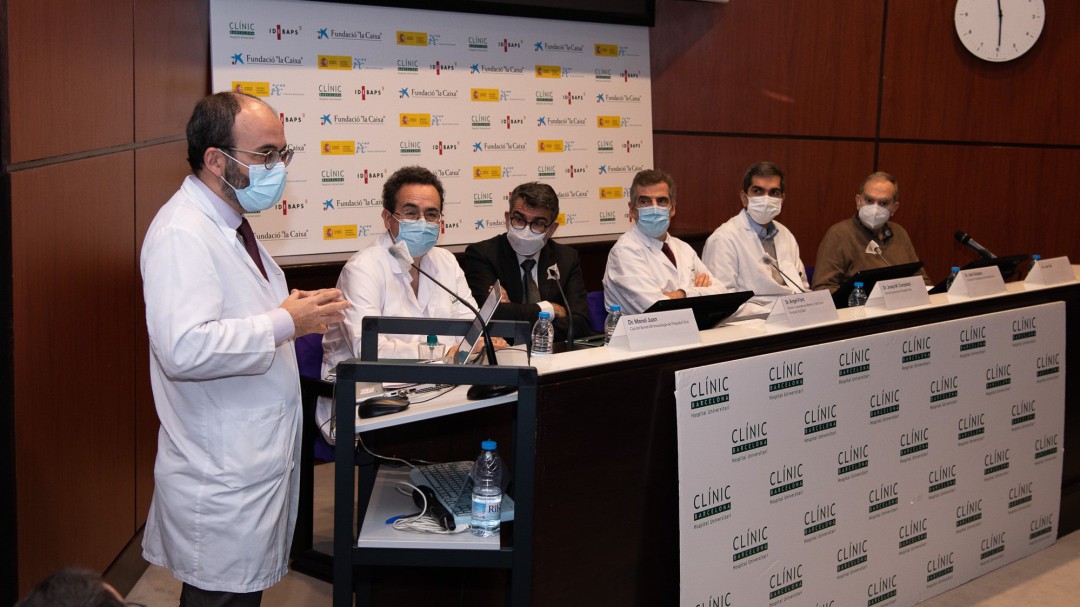 The Hospital Clínic de Barcelona-IDIBAPS has developed a new cell and gene therapy (CAR-T) for multiple myeloma – a type of blood cancer located in the bone marrow – resistant to the usual treatments that has shown more efficacy 70% after one year of follow-up.

As reported by the center, with the support of the “La Caixa” Foundation, it has coordinated a multicenter study in several Spanish hospitals to treat patients who do not respond well to routine treatments.

It is the first CAR-T – a type of therapy in which the patient becomes their own donor – developed in Europe for this disease and has allowed patients to improve with treatment.

The trial included 30 patients, of whom, one year after treatment, 75% remained responsive and had no disease progression, while 60% of cases (18 patients) had complete remission and no residual disease.

“This new therapy is intended for those patients who until now did not have a therapeutic alternative. The research shows once again that it is a source of hope and we have to continue betting on it,” said the general director of the Clinic, Àngel Font.

CAR-T consists of modifying the patient’s T lymphocytes so that they have the ability to attack tumor cells and, ARI-0001, is the second developed by the hospital and is directed against the BCMA target, the most widespread antigen in immunotherapy in myeloma and found on the surface of myeloma tumor cells.

Through apheresis, a technique that allows the separation of blood components, T lymphocytes are obtained, a type of white blood cells responsible for the immune response, which are genetically reprogrammed so that, when they are transferred back to the patient, they can recognize specifically tumor cells and attack them.

“With respect to the previous CAR-Ts that we have developed, this one presents the novelty that it is humanized. Many times mouse antibodies are used for its development and, in this case, we have humanized it so that it has a greater durability in the patient and less probability of rejection “, said the head of the Immunology Service of the Center for Biomedical Diagnosis (CDB) of the Clinic, Manel Juan.

For his part, Dr. Carlos Fernández de Larrea has detailed that this CAR-T is administered in an innovative way, since it has two doses: the first is divided into three others to limit toxicity and, after four months, it is supplied the second in patients in whom the disease has not progressed.

The second most common blood cancer

Multiple myeloma is a type of blood cancer located in the bone marrow where there are plasma cells, responsible for producing antibodies, necessary to fight infections.

When you suffer from this disease, which accounts for 10% of bone marrow cancers and is the second most common in the blood, these cells carry out an abnormal growth process and form tumors in areas of the bones.