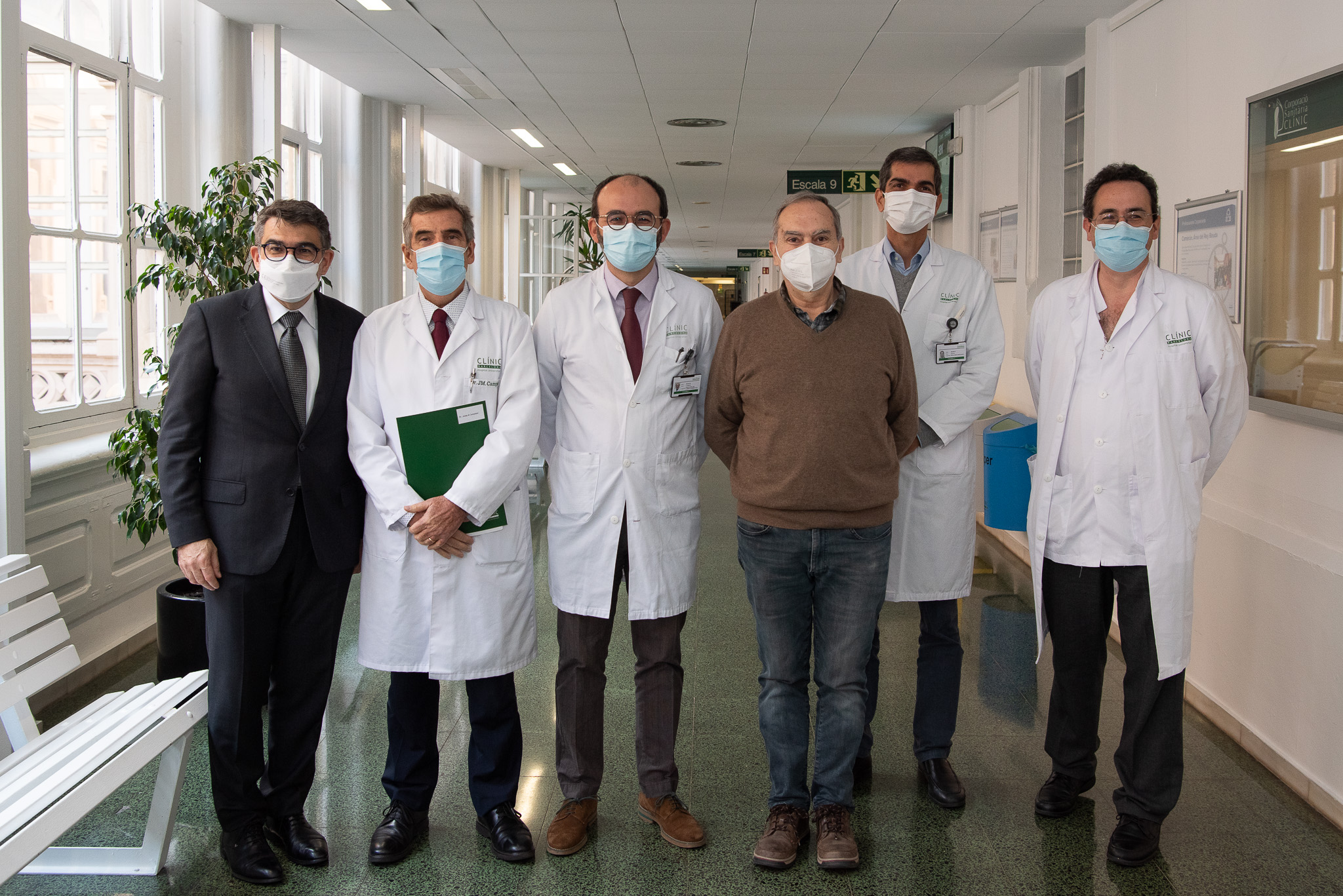 When Joan Gel says “here”, she is referring to the realm of the living. “I, in other countries, and I am not referring to the third world, I would not be here anymore,” reflects Gel, a 67-year-old man from Mataró (Barcelona), who until his retirement worked as a manager in a detergent and believes that he owes his life to the Spanish public health. Gel was diagnosed 12 years ago with multiple myeloma – the second most common blood cancer – and all available treatments failed one after another, from chemotherapy to bone marrow transplantation. A year and a half ago, the Hospital Clínic de Barcelona offered him to launch an experimental therapy, called ARI-0002h, and he said yes. One of his doctors, the hematologist Carlos Fernández de Larrea, announced this Friday the “complete remission” of Gel’s cancer at a press conference. He is not alone: ​​18 of the 30 patients who have participated in the trial (60%) show a complete remission of the disease.

Multiple myeloma is incurable. It is a type of cancer located in the bone marrow —the marrow inside some bones, such as the hip and sternum—, where under normal conditions there are immature cells that transform into blood cells: red blood cells, white blood cells and platelets. Multiple myeloma causes the abnormal growth of plasma cells, a type of white blood cell responsible for making antibodies, the first line of defense against infection. Five-year survival is around 50%.

The new therapy involves drawing blood from patients, selecting their T lymphocytes (another type of white blood cell) and redesigning them in the laboratory using genetic engineering to increase their ability to recognize cancer cells. Joan Gel remembers the day of the summer of 2020, with the hospital isolated by the covid, in which they arrived at his bed with the treatment. “They finished defrosting it in the room itself, with a water bath, with warm water. It’s a very kitchen thing ”, he recalls. Perfected and returned to the body intravenously, T lymphocytes identify malignant cells and kill them.

Complete remission is not equivalent to cure, Fernández de Larrea emphasizes, but it is equivalent to the disappearance of all signs of cancer. “Although it is an incurable disease, achieving complete remission significantly impacts the prognosis of patients. It is directly related to greater survival ”, explains the hematologist. For Joan Gel, the ARI-0002h was her fifth desperate treatment. Achieving complete remission is more common in the first attempts, for example with bone marrow transplantation, but the probability is “very very low” thereafter, according to Fernández de Larrea.

ARI-0002h belongs to a new generation of treatments, called CAR-T, which are the great hope for many tumors, such as certain lymphomas and leukemias. There are already two commercial CAR-T therapies against multiple myeloma, developed by the American pharmaceutical companies Bristol Myers Squibb and Janssen, but Fernández de Larrea points out that his option would be much cheaper. The usual prices for these industrial treatments are around 300,000 euros per patient.

The ARI project takes its name from Ariana Benedé, an 18-year-old girl with acute lymphoblastic leukemia who helped drive research before she passed away in 2016. The Hospital Clínic team has already developed another CAR-T treatment against this type of leukemia. The therapy, dubbed ARI-0001, became the first European CAR-T to be licensed by a regulatory agency in February. Its price does not reach 90,000 euros.

The new CAR-T of the team, the one presented this Friday, has “spectacular” results, according to the general director of the Hospital Clínic, the doctor Josep Maria Campistol. In addition to the 60% complete remission, 75% of the patients maintain the response after one year, without disease progression. Fernández de Larrea highlights that no case of neurological toxicity has been observed, one of the major concerns in this type of therapy. Immune adverse effects were also mild, according to the researchers.

All 30 trial participants were resistant to standard multiple myeloma therapies. That is why Joan Gel insists that she would not be “here” if it weren’t for the public effort to find an alternative. “I want to highlight how lucky we are to have a public health system of this level. We have to be aware of and put pressure on those who have the possibility of financing this healthcare and keeping it on the front line where it has to be ”, he proclaimed at the press conference.

Joaquín Martínez, head of the Hematological Tumors Clinical Research Unit of the Madrid hospital 12 de Octubre and the National Center for Oncological Research (CNIO), applauds the achievement of his colleagues: “The results are similar to those of other CAR-T against multiple myeloma being developed by the pharmaceutical industry, with the difference that this is an academic and local development, in our country, for therapies that are quite expensive and very complex. It has much merit”.