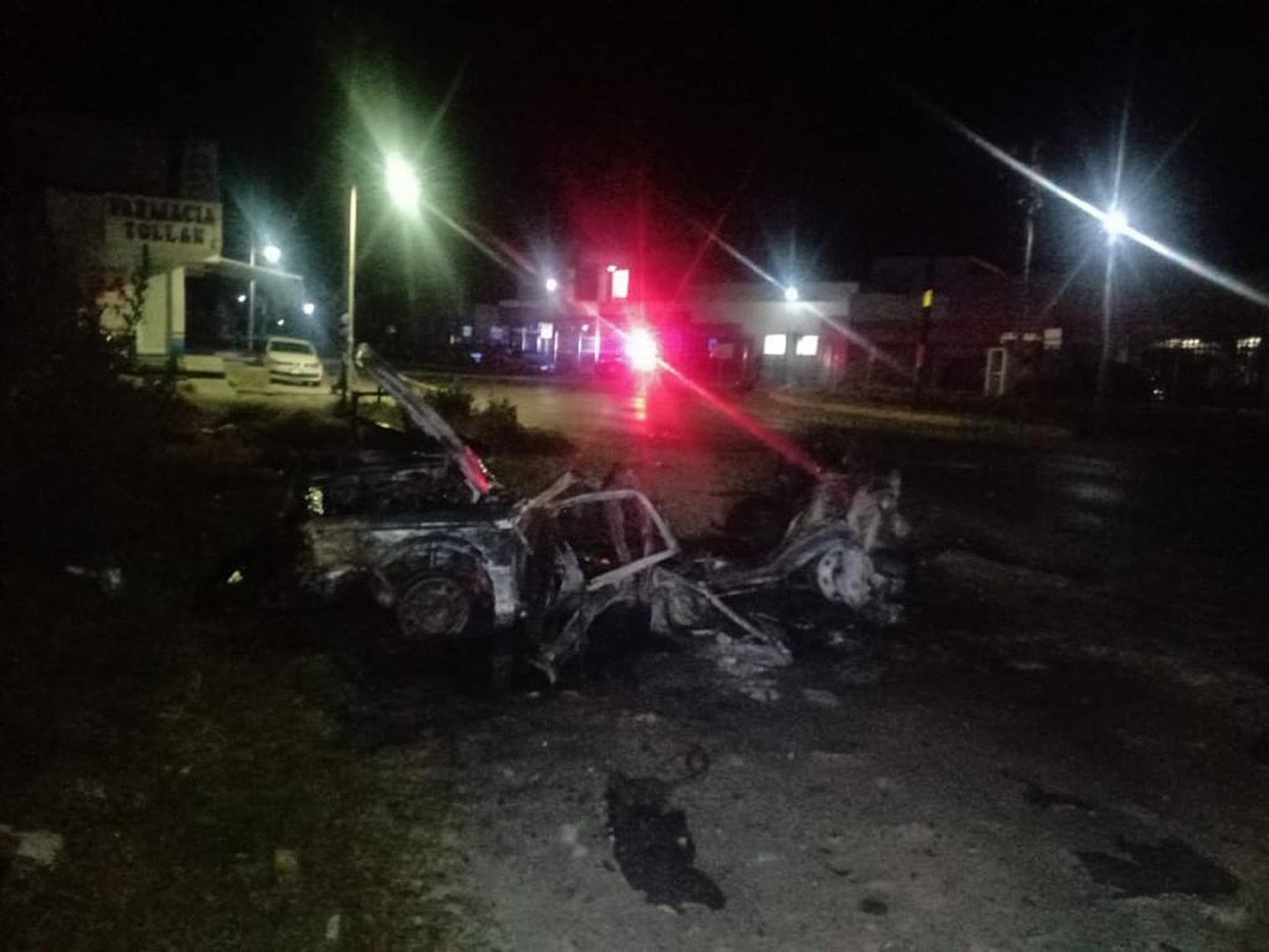 Nine prisoners have escaped this morning from the Tula prison, in Hidalgo, after the irruption of an armed commando in the facility. As reported by the Secretary of the Government, Simón Vargas, a group of individuals arrived at the prison aboard several vehicles at around 4:00 am, threatening the guards, thus achieving the escape of several inmates. The local Prosecutor’s Office has indicated that among the fugitives is José Antonio Maldonado Mejía, alias El Michoacano, head of a regional criminal group. Authorities had detained him on Friday. In the operation, the command has set fire to several vehicles in the vicinity of the prison. Two policemen have been injured.

Besieged by floods during the last rainy season, Tula is home to a Pemex refinery, the closest to the capital. The network of pipelines that enter and leave the facility has favored the appearance of criminal groups dedicated to the theft of fuel in the same municipality and also in other neighbors, such as Tepetitlán or Tlahuelilpan. Precisely in the latter, an explosion in a clandestine intake in a pipeline in January 2019 caused the death of 137 people. Along with Guanajuato, the State of Mexico or formerly Puebla, Hidalgo is one of the regions most punished by the Huachicolera mafias, a common name in Mexico to designate thieves and traffickers of stolen gasoline.

On Wednesday’s evasion, state prosecutor Alejandro Habib has not given much more information. “I could not affirm at this time if [los fugados] they belong to a group of organized crime ”, he added. Although he has indicated that due to the type of weapons they were carrying, “a complete and extensive investigation is being carried out, because many people intervened.” Without further details, the official has pointed to Maldonado Mejía, “one of the leaders of the possible gang.” His brother Mariano Maldonado Mejía and seven other detainees escaped with him. For the escape, his acolytes resorted to car bombs. According to local media, a vehicle exploded outside the prison and another near the Regional Hospital. The Hidalgo press speaks of a third car set on fire, but the authorities have not linked it to the first two at first.

The apparent ease with which a group of armed criminals stormed a state prison, in addition to the few difficulties they allegedly faced in escaping, illustrates once again the decline of the prison system in the country. A year and a half ago, three suspected members of the Sinaloa cartel fled with equal ease from a Mexico City jail. So the escapees appear to have not even had outside help. They left the prison in a truck.

In the case of Tula it has not been so simple, although it has not been anything complicated either. Certainly nothing similar to the famous tunnel that Joaquín was excavated from the Altiplano federal prison El Chapo Guzmán, the elusive leader of the Sinaloa cartel, currently serving a lengthy prison sentence in the United States. A few armed men were used this time to circumvent the security of a state jail.

The mention of Maldonado Mejía by the local authorities is no less. An alleged member of the Pueblos Unidos armed group, his emergence this summer further complicated the tangled criminal equation in central Mexico. In several videos released in June and July, Pueblo Unidos presented itself to the public as a kind of self-defense group, in the image of those that have emerged in Michoacán or Guerrero in recent years, indicating the need to defend themselves from the huachicol mafias. It happens, however, that over the months his noble company has been stained with accusations of other crimes, which is common after the emergence of self-defense groups.

In its propaganda presentation videos, Pueblos Unidos accused a series of local actors linked to politics and the investigative police of the State Prosecutor’s Office of protecting fuel thieves. In these months, Pueblos Unidos has also been accused precisely of huachicol. As often happens in regions taken over by the mafias, such as parts of Michoacán or Guanajuato, it is very difficult to know if their propaganda ads have anything to do with reality.