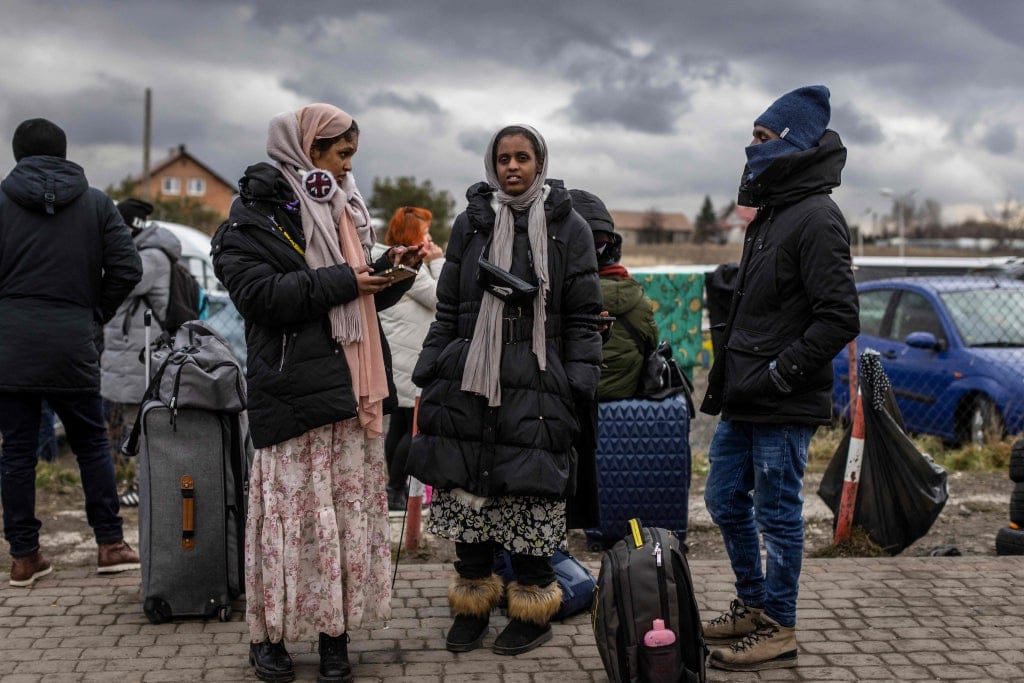 Polish authorities must address the “chaotic and racist” response to Black and Asian refugees fleeing the conflict in Ukraine, Amnesty International has said following its own research into the matter.

The organizer spoke with 27 non-Ukrainian nationals who fled Ukraine following the Russian invasion, including many international students and people who had been living in Ukraine for up to 20 years, during a 10-day visit at the border of Poland.

Racialized people, in particular Black people, reported discriminatory treatment both when trying to board trains or buses and near border check points, while some described during physical and verbal abuse by Ukrainian forces and volunteers.

This comes after The Independent reported last month that Black people were being racially discriminated against in Ukraine while attempting to escape to neighboring countries.

Nils Muižnieks, Amnesty International’s Europe Director, said: “The Polish authorities must ensure that all people who have fled Ukraine are treated with the same level of respect to protect their human rights and dignity.

“Racism, hate speech and attacks must not be tolerated and perpetrators must be held accountable. The government must now step up to meet these challenges and keep people safe.”

“Solidarity shown by volunteers in Poland has been remarkable, but without central authorities taking responsibility and concerted action, people in need of protection and assistance risk falling through the cracks,” he continued.

“People fleeing Ukraine are anxious to get reliable information about shelter, transportation and their legal status, but without coordination, people risk being deprived of such essentials, and being harassed or preyed upon by criminals.

“Many non-Ukrainian people, including those in need of international protection, are unsure of their status in Poland. Everyone fleeing the conflict must be treated with humanity and offered opportunities to carry on with their lives, regardless of their passport.”

People from Africa, the Middle East and South Asia told Amnesty how Ukrainian forces and staff repeatedly prevented them from boarding trains towards Poland in Lviv train station. They were told that there was a need to give priority to women and children, but African and South Asian women were reportedly also not allowed to board trains in some instances.

“Some face racism, some don’t, it’s based on color of skin and gender. My friend who is black faced racism… There is a line, if you are Ukrainian, it’s easy to get across, if not, it takes a long time. The border guards used to stick on my friend, he was hurt,” Bilal, a 24-year-old student from Pakistan, said.

speaking to The Independent Last month, Osarumen, a father-of-three, said he, his family members and other refugees were told to disembark a bus about to cross the border on Saturday and told, “No Blacks.” Despite challenging the driver and military officers’ orders, they were ejected from the vehicle.

“Since then, I’ve been trying to get myself together and focus as normal but it’s been difficult,” he said. “In all of my years as an activist, I have never seen anything like this. When I look into the eyes of those who are turning us away, I see bloodshot racism; they want to save themselves and they are losing their humanity in the process.”

While Poland and other European countries have opened their borders to people from Ukraine, Amnesty noted that Poland has a dismal record in its treatment of people coming from other conflict areas, focusing on policies and infrastructure to deter and contain people at borders.

Foreigners have already been subjected to hatred and violence, as vividly demonstrated by an attack reported in Przemysl on 1 March, when a group of nationalist men assaulted three Indian students who had just arrived from Ukraine, in what appears to be a hatred-motivated attack .

While thousands of volunteers have provided assistance to people at the Polish borders with Ukraine, and in train stations. This has included food, housing, interpretation, and offering free transport across Europe.

Moreover, volunteers have struggled to register new arrivals and without formal procedures to register and track them, people who have fled Ukraine – especially those who do not speak Polish or English – are potentially at risk of abuse by people or criminal gangs looking to exploit the chaotic situation, Amnesty has warned.

People fleeing Ukraine are at risk of violence and trafficking, the organization went on to confirm.

Earlier this month, The Independent reported that refugees trying to flee the conflict in Ukraine say they have been targeted by people smugglers offering transport across the border for extortionate prices, amid fears of a surge in human trafficking on the country’s border.