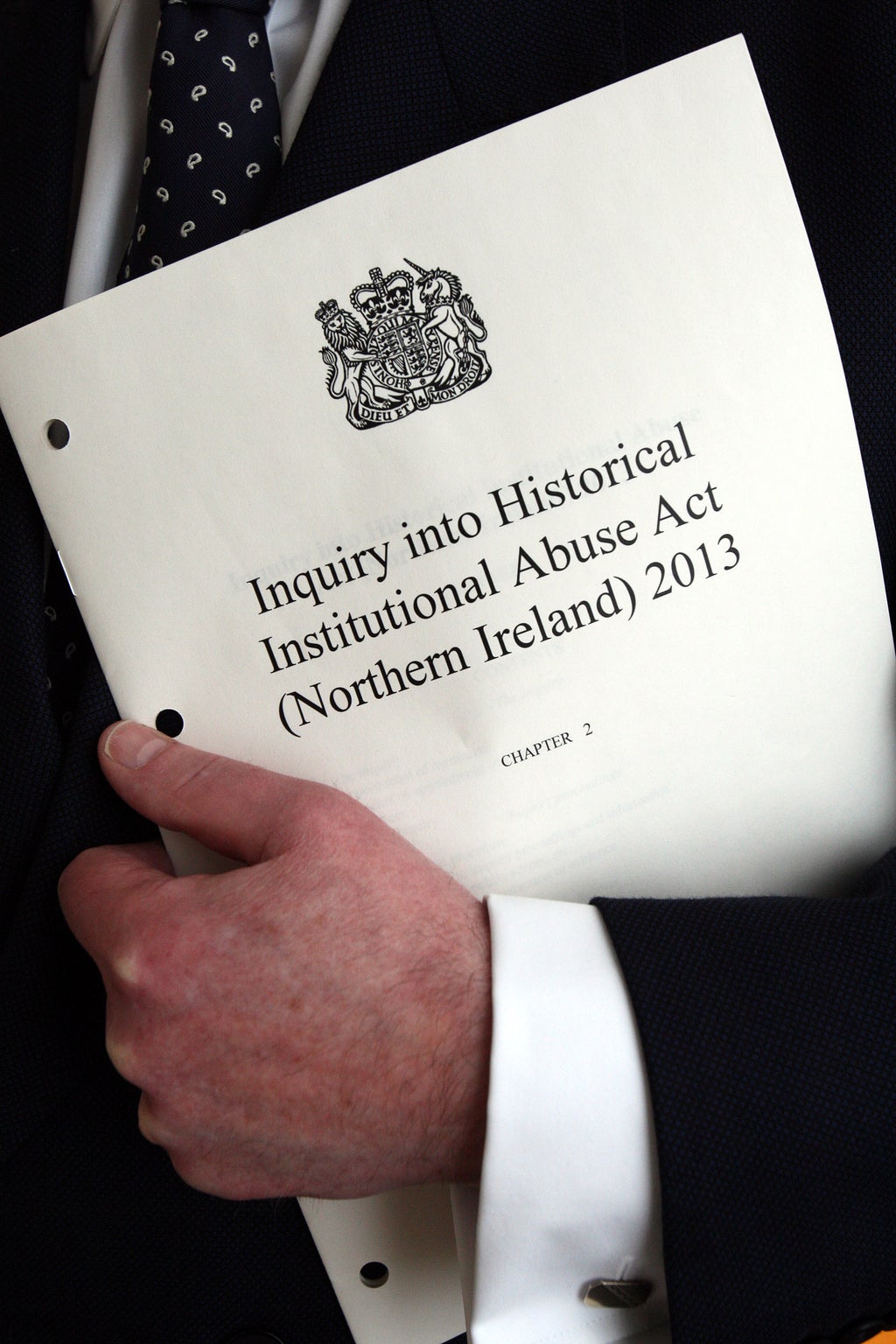 Amnesty International has pressed the DUP and Sinn Fein party leaders to make temporary first and deputy first Minister nominations to deliver an official apology to victims and survivors of historical institutional abuse.

The apology had been planned to be delivered by Paul Givan and former deputy prime minister Michelle O’Neill next month.

However the resignation as first minister of Mr Givan in protest at the Northern Ireland Protocol last week forced both of the joint office holders from their positions.

Statements were also to be made by representatives of state and religious institutions found to have been responsible for the abuse in accordance with recommendations made five years ago following a landmark inquiry.

The inquiry, led by the late Sir Anthony Hart, a retired High Court judge, examined allegations of physical, emotional and sexual harm of children in residential institutions between 1922 and 1995.

With no first minister or deputy first minister currently in office, it is understood that alternative options are being considered, including the possibility of the apology being delivered by Secretary of State Brandon Lewis.

Patrick Corrigan from Amnesty said the long delays in the delivery of the official apology is “the opposite of the respect, dignity and sensitivity to which victims are entitled”.

In a letter to DUP leader Sir Jeffrey Donaldson and Sinn Fein’s Stormont leader Michelle O’Neill, Mr Corrigan urged that they work together to find a solution, and consider temporary first and deputy first minister nominations.

He warned that last week’s events have added “further trauma to good people who have already been repeatedly let down”.

“They rightly want the long-awaited apology on behalf of the State to come from the democratically elected first and deputy first minister rather than a substitute such as a civil servant,” he said.

“Public apologies are an important part of reparation for harm suffered by victims of human rights abuses and, in this case, is a specific obligation on the Northern Ireland Executive.

“As the leaders of the two largest parties in the Assembly, responsible for nominating the first and deputy first ministers, I urge you to find a solution to the current situation which means that the public apology can proceed, as agreed, on March 11 2022 .

“I would ask you to consider making temporary nominations of first and deputy first ministers to specifically deliver the public apology.

“Such an act would be hugely symbolic and signal that you are both committed to placing the rights of victims and survivors of institutional child abuse above other political considerations.”