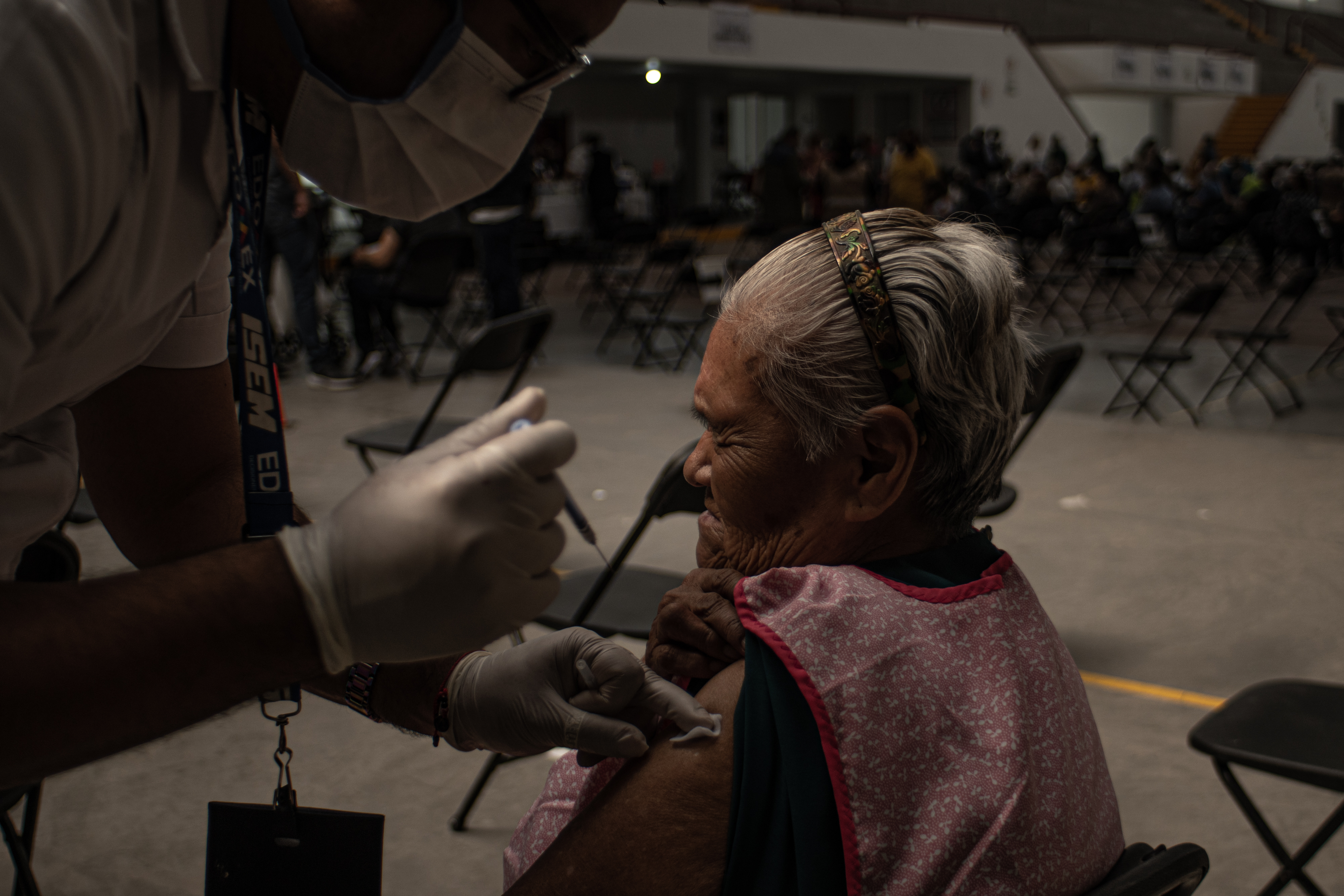 There is no precise date: “soon”, “now”, “not ruled out”. But the President of the Mexican Government assures that the third dose of the vaccine against covid-19 will be a fact, because there are enough biologicals for it. Andrés Manuel López Obrador sent a message to all Mexicans: “The vaccine helps, it has been proven, and there is no study that shows that it is useless for this new variant.” The reason for this insistence on the efficacy of immunology is that there are still large pockets of people in Mexico who have not received it. These are, above all, elderly from very isolated communities who sometimes have to be persuaded to be inoculated. A new campaign associated with the payment of the pension will try to advance in this aspect among retirees. There are more than 200,000 small rural communities in Mexico. And the pandemic has experienced a 6% rebound in active cases this week.

Seniors and teachers will be the ones to get their immune booster first. But Mexico has yet to complete the second dose for 11 million people and implementation of the first in children is being studied. The president also launched words of solidarity with the countries that are still in the grip of the vaccine. The severity of omicron, the new variant that alarms the world, said López Obrador, is that only six out of every 100 vaccines have reached Africa on average. And that the UN mechanism implemented to bring biological drugs to those with the least resources for it has barely covered 5% of cases. “The poorest have been abandoned, as is often the case. It is a shame”. “Someone has said that if the covid had only reached Africa, they would have surrounded the continent and thrown the key into the sea,” he added.

The government insists that vaccines help. “Currently, hospitalizations and deaths, in a high percentage, are of people who are not vaccinated. So clear. And that is the most important in the face of any variant ”, said the president. And he recalled that Mexico has allocated around 40,000 million pesos for the acquisition of biologicals. The vaccine that is being tested in the country, Patria, “will be ready next year,” said the president. And it will go to the national population, but it will also be distributed in other countries. López Obrador has taken the opportunity to thank the collaboration with Mexico from China, the United States or Cuba during the pandemic.

The morning conference had, on the other hand, an aftertaste of the past. Once again, the lockdowns and curfews imposed by some countries to curb the spread of the virus have been mentioned in a critical tone. And the messages from months ago have been reiterated, in which it was made clear that Mexico would not follow that path: “Prohibited to prohibit,” the president has repeated. And the Undersecretary of Health, Hugo López-Gatell, has once again accused the media of “direct distortion” of this latest variant, omicron. “They have misinterpreted the statements of the WHO. “It is not proven that omicron is more virulent or necessarily more transmissible than other variants. Remember the case of the delta variant ”, he said. And possible measures such as border closures have also come to light. They are discarded. Mexico never took that precaution. Then, as now, López-Gatell discarded it because it presents an unbalanced balance between its effectiveness and the damage it causes to the economy and citizen well-being. “They are gimmicky measures without scientific support.” The undersecretary assured that the omicron will arrive in Mexico because it is already in the five continents.

Despite this, the president referred to the omicron variant on Monday, minimizing its risks: “There are no elements for concern. There are no risks ”. This Wednesday a massive event is held in the capital’s Zócalo to celebrate the three years of López Obrador’s mandate. What will be the security measures? The president has said that no one will be forced to wear face masks, but has not dissuaded them from doing so. He has appealed to the responsibility of the assistants. And it has relied on the vaccines that a good part of the population already has.