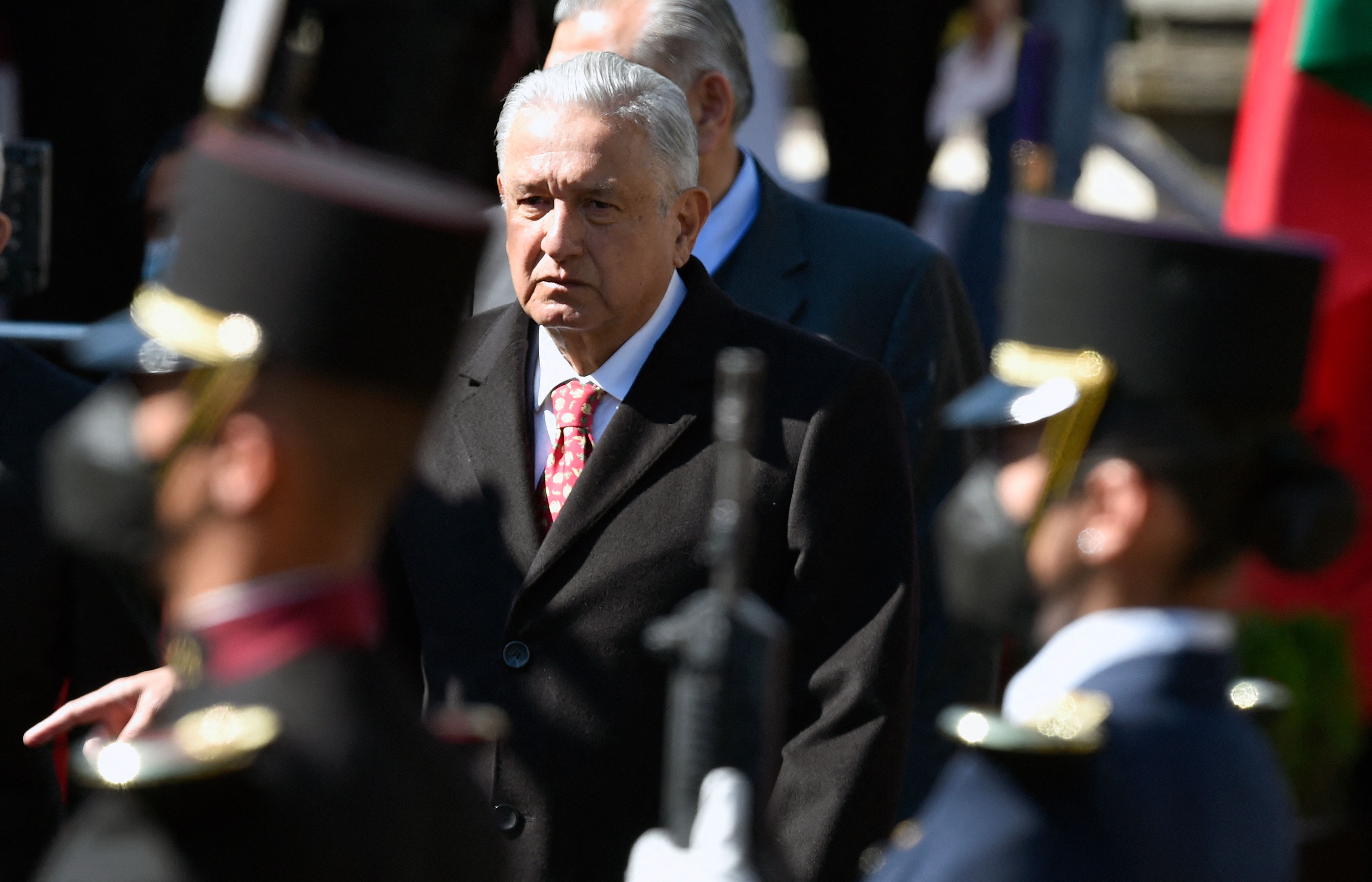 How to explain to the Spanish public opinion what a morning is and the meaning of what is said there? The harsh statements by President Andrés Manuel López Obrador against companies and the Spanish Government in the mouth of a head of state would lead to little less than a rupture in relations between the two countries, but in the words of the Mexican president, who improvises two daily hours on everything and any topic, constitute rather the expression of a state of mind.

“I would like it to take us until they are normalized… it is better to give us some time, a pause, maybe when the government changes, relations will already be established. I wish that when I am not here they are not the same as they were before.” “We are giving ourselves a break to respect each other and not be seen as a land of conquest,” he said, inventing a crisis that actually only exists in his aftermath. Certainly, relations between the two governments were not particularly friendly, after the Mexican president’s exhortation to the Spanish Crown to apologize to the native peoples for the conquest and colony. A request that the authorities did not respond to and that was poorly received by the most conservative sector of Spanish politics.

Beyond the diplomatic dust that this causes, in practical terms it is a mere fireworks to which the president is so akin. His steely verbal hostility actually corresponds to a rather moderate praxis. Every day he harshly lambastes the Mexican private sector as a whole and some businessmen in particular, accusing them of corruption and little less than treason, but none of them is in jail, taxes have not been increased for the elites, nor has expropriation been resorted to against from the private sector. Beyond a couple of controversial decrees, which are in Congress, he is a politician with a fiery verb, but with lukewarm actions institutionally.

The Spanish Government and companies have now passed through his microphone as other times the middle classes, academics, scientists, journalists, environmentalists, NGOs, the opposition, feminist groups, the Panamanian Foreign Minister, the DEA, intellectuals and a long etcetera. In no case has it gone beyond verbal harassment.

It is true that on this occasion he distributed insults not only regarding companies that operate in energy or construction issues, as he usually does. He now also referred to those in the banking and hotel sector and in general to all Spanish companies, as if just because they were, he referred to practices of abuse and plunder in Mexico. The president cannot ignore the fact that there are more than 6,000 Spanish companies that have productive or commercial operations in our country, that Spain is the place with which we share the most flights after the United States, that we exchange half a million tourists a year or that our relations commercial assets are around 10,000 million euros per year. None of that will be changed by López Obrador’s statements and we can assume that the Mexican government will not initiate any action to change that.

What can happen beyond the media scandal? Probably the delay in the installation of the new Mexican ambassador in Madrid. An act more symbolic than effective, in the case of a former governor with no diplomatic experience. When speaking of a pause in relations between the two countries, the president surely had in mind the provisional suspension of the appointment.

Now, what is the reason for this sudden attack against the Spanish Government? I have the impression that internal political reasons and even personality traits are actually at play.

First, Spain is the punching bag alternative to the nationalism that cannot express itself against the United States. Politically, López Obrador did not find it easy to approach Donald Trump and his well-known aggressiveness against Latinos, but Mexico needed the ratification of the trade agreement with North America. If any wrong had to be claimed against a country, it would be against our imperial neighbour. Spain was the substitute to compensate for the nationalist sentiments that were being sacrificed for the sake of political praxis. Hence the claim to the Crown for what the conquerors did 500 years ago, but no mention of the occupying armies or the dispossession of half the territory 300 years later at the hands of the “gringo”. Today, when López Obrador has to deal with pressure from US officials concerned about the impact of the counter-energy reform on their companies, he undertakes it against the other foreigners he has at hand. It is significant that the statements this Wednesday against Spain were made by the president hours before receiving John Kerry, Joe Biden’s special envoy to express Washington’s concerns. An appointment that must not be very funny to him, but against which he will not make an aggrieved report in the morning of the next day.

Second, the Spanish government took almost five months to give the formal approval to the ambassador proposed by Mexico. An unusually long span in the history of the two countries. López Obrador understood what it surely was, a message of the discomfort that the unilateral attacks by the Mexican had caused in Madrid. Today’s is his answer. Time and time again, the president has behaved in a similar way when he has entered into a conflict: taking them as debts of personal honor in which he cannot lose, as if the presidential inauguration or the reputation of his government were at stake. He assumed that the delay of the Spanish Foreign Ministry in granting the placet put him at a disadvantage; With today’s statements he takes the initiative again, in his very particular appreciation.

And, finally, there will be those who attribute this presidential outburst to the need to offer a media coup that would leave behind the scandal that has robbed him of his peace of mind for more than a week: the reports that accuse a son who lives in Houston of an alleged conflict of interest by Pemex suppliers. Something that the president has indignantly rejected, attributing it to the insidiousness of his opponents and the corrupt press. One day before talking about Spain, the morning ended with a failed attempt to generate controversy by showing the audio of two political rivals (an absurdity by the leader of the PRI and a stumble from a chair by the leader of FRENAA, a far-right organization). Two notes that didn’t catch on; Spain yes.