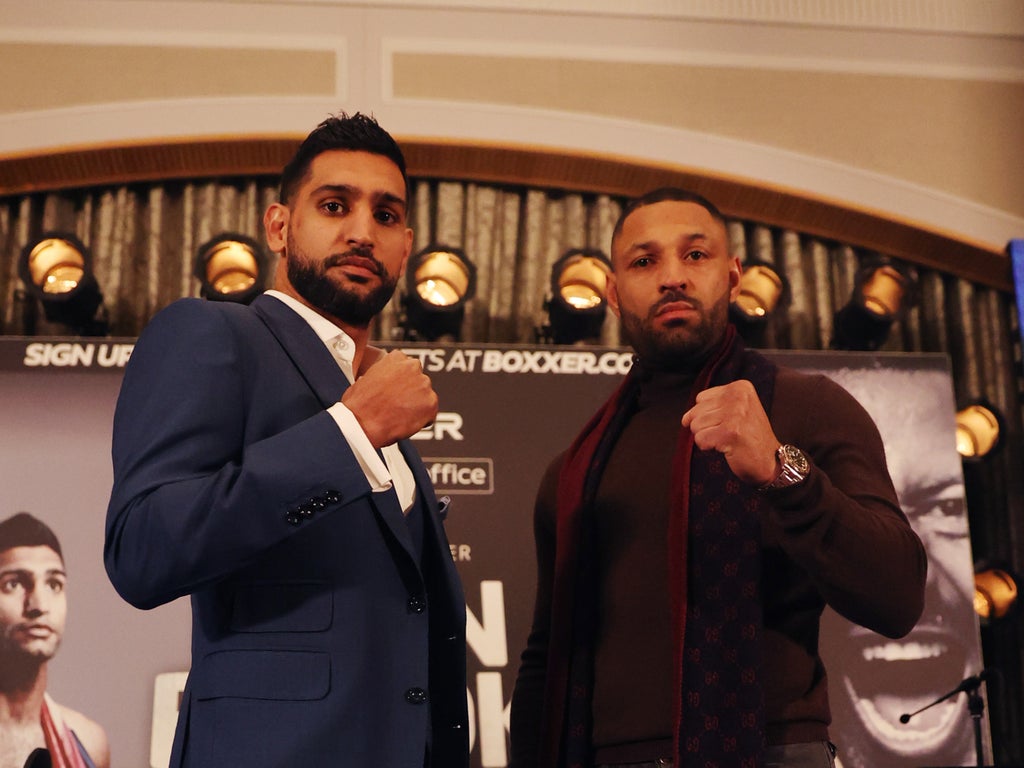 On Saturday night in Manchester, one of the finest British fights in the modern game finally takes place when Amir Khan and Kell Brook meet in a clash of the decorated veterans.

The two fighters, both 35 now, have shared the British boxing limelight, had their lasting moments of outrageous glory and their equally shocking days in despair during the last fifteen years. Their fight this Saturday has been discussed, dismissed and wanted for longer than any other fight in British boxing history.

The two ex-world champions meet in a fight for pride and bragging rights in the final moments of two long, long careers; the pair have been the main event, the television attraction over 50 times, fought in a combined total of 16 world title fights and a total of 44 fights for some type of title. They have been at the very core of British boxing; respected, rich and willing to take risks.

And, it is personal, very personal. The venue, which holds close to 19,000 people, sold-out in just six minutes. It’s late, sure, but it is still a major attraction.

“He’s never done what I have done,” said Khan. “He has made his name off my name – I knew I would get him.”

They have clashed at ringside, in studios and when they were teenagers in the sparring ring. There are enough versions of the sparring tale to fill several pages in a book of boxing exaggerations, lies and wishful thinking. I know a dozen confirmed liars who have told me what happened and they were not even there. Both boxers have told me their version of the spar in private; both are very different and I believe them both. Hey, it’s that kind of sport, it’s that kind of truth.

Khan first won a world title in 2009 and a few weeks later, at York Hall in Bethnal Green, Brook defended his British title. They were rivals then only in Brook’s eyes.

In 2014, Brook won a world title and Khan was getting ready to fight in Las Vegas; they were rivals then, make no mistake, but they were still operating in different boxing worlds. Amir had America and a lucrative deal; Brook was the main attraction in Eddie Hearn’s Matchroom revolution.

Khan has now fought 39 times, lost five and has not had a real fight since April of 2019; Khan was stopped that night in six by Terence Crawford in the main event at a very noisy Madison Square Garden for the welterweight title. Khan was hurt, lost and was pulled out. It was sensible, if out of character – Khan, you see, you have always had to be protected from his own bravery.

Brook has lost three of his 42 fights and last fought inside a sterile bubble in Las Vegas in November 2020 when he was stopped by Crawford. It was a disturbing end in the soundless venue, Brook looking at a distant ghost of the fighter from a few years earlier. It looked like the end. Brook was unrecognizable.

Saturday’s fight is made at 149 pounds, two pounds above the welterweight limit, and there is a rehydration clause in place; both boxers have to weigh 163 ½ pounds or less on the day of the fight or they will be forced to pay the other man a 100 grand per-pound forfeit. The clause is in Khan’s favour, just.

They are obviously both rested and both even matched. I would not be quite so eager for their return if they were in with a younger, faster and more dangerous opponent. They are old men in a brutal game, but they have aged together.

It is true that they have walked down similar paths during the last decade, but they started out on their professional boxing journeys on very different sides of the boxing tracks. The pair were separated by the type of reality that so few boxing dreams can ever overcome.

When Khan returned from the Athens Olympics with a silver medal in 2004, there was talk of million-pound deals with television companies. A week or so after Khan landed, Brook had his first fight as a professional when he beat Peter Buckley, who lost for the 190th time, in Sheffield for less than 600 quid. Brook has scrapped his way to Saturday’s fight, make no mistake.

On Saturday, as the crowd stands and Neil Diamond’s iconic banger fades, the two great rivals will be led to the center of the ring for their long overdue fight. It will be unforgettable and hopefully for all the right reasons. They are both fragile in their different ways, but they are also brave and proud. It’s a dangerous combination this late in any boxer’s career. Khan could move to victory; Brook could stand and deliver – that would have been the thinking when they were each in their primes. Now, it’s just about who has the most left and we might not find out until about round four. Please enjoy the two old warriors.