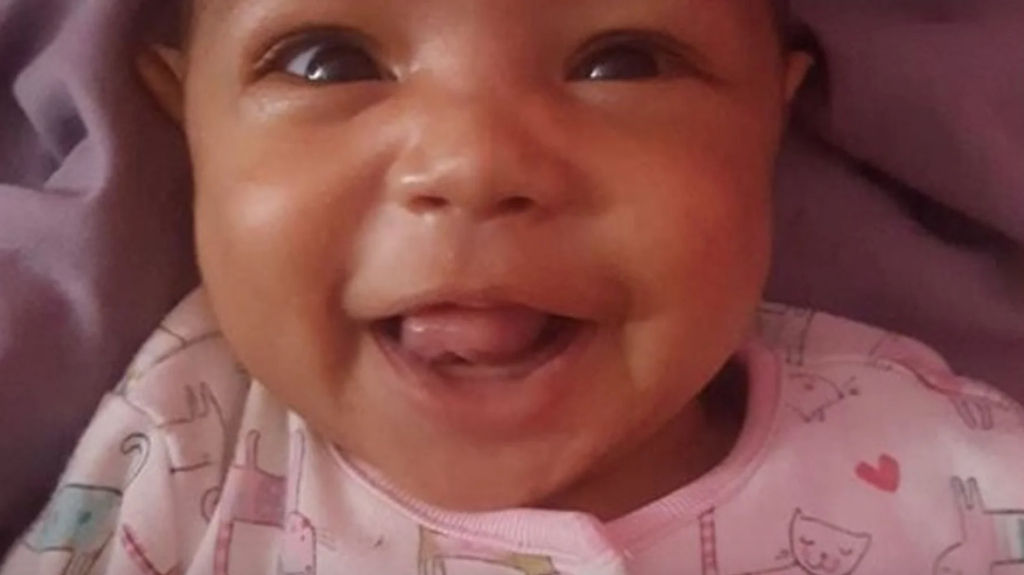 A couple have been jailed over the death of their eight-week-old baby, who suffered more than 60 broken bones and “a catalog of despicable abuse”.

Naomi Johnson and Benjamin O’Shea tried to blame paramedics for their daughter Amina-Faye’s injuries – but a jury found them guilty of causing or allowing her to suffer serious physical harm.

Sentencing the couple, the judge said it was “yet another harrowing case of parents abusing or being cruel to their child”.

Judge Nigel Peters QC said it was “remarkable” there were no visible signs of broken bones.

Medics could not establish a precise cause of death, but found the injuries were not accidental and force must have been used.

The court heard it was not possible to say which parent caused the fatal injuries – or who stood back and allowed them to be affected.

The judge at Inner London Crown Court said it was a case of “the highest seriousness” in terms of cruelty towards a child and the injuries suffered.

O’Shea, 26, of Southwark, southeast London, was sentenced to eight and a half years for causing or allowing Amina-Faye to suffer serious physical harm. Johnson, 24, of Battersea, south west London, was jailed for seven years for the same offence.

They were also each given two months to be served consecutively after being found guilty of cruelty to a person under-16 in relation to a separate child.

“The trauma she endured in her short life is impossible to comprehend, her injuries are a catalog of the most despicable abuse,” she said.

“The cruelty and callousness with which the pair discussed the treatment of the other child in this case is shocking.

“Children depend on adults, and the children in this case were sorely betrayed by Johnson and O’Shea in the most tragic of ways.”

DI Pressley added Johnson and O’Shea had been “steadfast in their refusal” to answer police questions about Amina-Faye’s death and had “sought to protect themselves” over their victims.

She said it was “incomprehensible” that an adult could inflict “such cruelty on defenceless, innocent children.”

The court heard Amina-Faye suffered “deliberate, vicious injuries”, the worst, to her right thigh bone, could “only have been caused by a brutal attack”.

The force used to fracture the femur would have left “the baby… in great pain”, the judge said.

Johnson and O’Shea called 999 on the morning of 26 April 2019 after Amina-Faye stopped breathing.

Paramedics arrived within minutes, but she died at the scene.

The Metropolitan Police said there were no outward signs of injury and Amina-Faye was originally thought to have suffered a sudden unexplained death – before X-rays showed she had a catalog of wounds.

The multiple breaks found by radiologists suggested prolonged and repeated physical abuse, the force said. Some fractures were recent and others had begun to heal.

A post-mortem was carried out but no cause of death was established.

These repeated injuries could not have been caused accidentally, the court heard. There was also evidence of past bleeding inside Amina-Faye’s head.

O’Shea – a former army reservist – made numerous calls to the NHS 111 medical helpline between 2016 and 2019 about his self-diagnosed post-traumatic stress disorder and problems with aggression, detectives discovered.

Johnson made a call to NHS 111 on April 1 2019 and said Amina-Faye had been coughing blood.

A doctor rang back and told O’Shea the baby should be taken to hospital. This advice was not taken up, police said.

In text messages found by detectives, the pair admitted slapping a second child they knew and mistreated.

The relationship between Johnson and O’Shea was described by the judge as “fractious” and “tempestuous”. They met when she was 15 and he was in his late teens, and have now split up.

It was clear in court there was still a “temper between the two of them”, the judge said.

He added O’Shea had spun a web of lies about his background, work and career to suggest he was suffering after serving in Afghanistan, though it “was all completely untrue.”

Prosecutor Emma Smith said Amina-Faye must have endured “very significant pain and discomfort” amid the “toxic atmosphere” in the small Southwark flat where her family lived. There was a disregard for her welfare and steps were not taken to ensure she was safe, she said.

Detective Constable Caroline Baker, who was on the investigation team, added: “It is difficult to speak of justice in a case like this, however I hope that today’s verdict is a clear message that these children mattered and the abuse they suffered will be punished .”