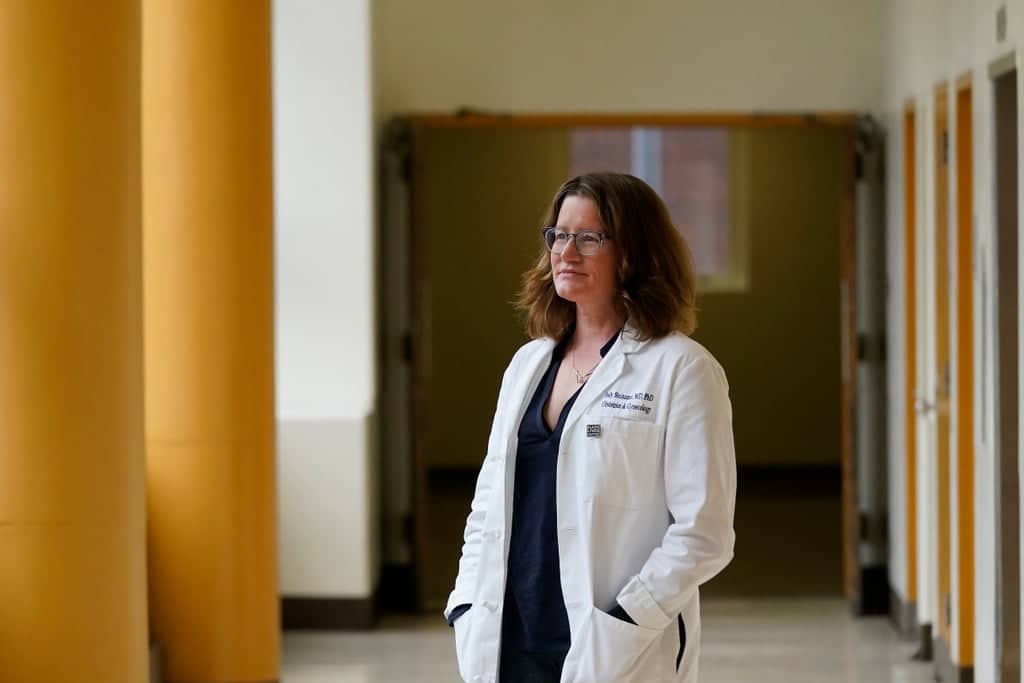 As the Supreme Court mulls whether to uphold Mississippi’s 15-week abortion ban, the American College of Obstetricians and Gynecologists filed a brief against the state law, calling it “fundamentally at odds with the provision of safe and essential healthcare.”

But the organization’s support for abortion hasn’t always been unequivocal. After the 1973 Roe v. Wade decision guaranteed the right to abortion, American OB-GYNs remained divided on the issue. Many declined to perform elective abortions either out of moral opposition or because they wanted to avoid the “butcher” stigma that still clung to abortion doctors from the pre-Roe days.

That helped keep abortion on the margins of mainstream medicine and separate from other OB-GYN care—both physically and in the minds of many Americans. It also made abortion and the clinics where it was performed easy targets for those who opposed it.

“I think we’d be in a very different place today if right from the get-go abortion training was established and more OB-GYNs had taken it up. If family medicine had taken it up,” said Carole Joffe, a sociologist with the Bixby Center for Global Reproductive Health who has researched and written extensively on abortion.

Shortly before Roe, a group of 100 OB-GYN professors from around the country published a paper calling on their fellow specialists to begin teaching and providing abortions. But their vision of integrating abortion care into routine OB-GYN practice never materialized, despite abortion quickly becoming the most sought-after elective surgery in the US

“They had the right motivations and wanted to provide abortions, but they really didn’t know how,” said Philip Darney, professor emeritus of obstetrics and gynecology at the University of California, San Francisco.

Instead, abortion clinics like those run by Planned Parenthood proliferated, many with a woman-centered approach that seemed to allay the need for a more widespread provision of abortion.

There were good reasons for the clinic model — a precursor of today’s outpatient surgical centers. Hospitals were performing abortions in operating rooms under general anesthesia, which was expensive and unnecessary, Darney said.

Also, many insurance companies didn’t cover abortions, so they needed to be affordable. By specializing, clinics brought in a high volume of abortion patients that kept the costs down and allowed a few doctors to become adept at the procedure.

But the clinic model also gave abortion opponents a clear and visible target.

“There’s no question of the huge adverse effect of the movement of abortion into clinics,” Bixby Director Jody Steinauer said. “You go see your OB-GYN if you want to continue the pregnancy and go to a clinic if you want an abortion.”

By 1992, only 12% of OB-GYN programs were routinely training residents in abortion care, according to a 1995 study in the journal of Family Planning Perspectives.

“In 1992 there was a huge crisis. All the doctors who had seen women die before Roe were reaching the end of their careers … and they were panicked that there was going to be no younger generation to care for these patients,” said Steinauer, who founded Medical Students for Choice when she was in medical school.

Pressure from that organization and others prompted the accrediting body for OB-GYN residency programs to begin requiring abortion training, with a way to opt-out, in 1996.

See also  Coronavirus in Spain, today | The expansion of ómicron continues adding infections, but with a slight decrease over the weekend

By 2018, 64% of residence directors said their programs were providing routine abortion training, according to survey results published in the September 2021 Obstetrics and Gynecology journal. In addition, family planning has become a subspecialty within obstetrics and gynecology.

“Now it is so normalized,” Steinauer said. “The twist is that states are getting super restrictive.”

Medically speaking, abortion has never been safer or easier. The abortion pill, which accounts for more than half of US abortions, is extremely effective with a very low complication rate.

There’s also a push to expand the types of providers who can prescribe them. The Food and Drug Administration recently dropped a requirement that patients pick up the pills in person — allowing doctors in some states to prescribe the pills via telehealth and mail them to patients to take at home.

But even in states with liberal abortion laws, the political and bureaucratic obstacles for doctors wishing to perform abortions remain numerous.

“Other than Berkeley, there’s not a more liberal city in the United States,” Yanow said. “Yet it took us seven years to get abortion into our community health system. And I knew the mayor and all the doctors!”

Public pressure from anti-abortion activists often makes it easier for hospitals and group practices not to provide abortions. Some OB-GYNs say they’ve been required to sign contracts that prohibit them from performing abortions even outside of the hospitals or practices where they work.

See also  War in Ukraine | Ukraine - Russia, last minute of the war | Zelensky accuses Russia of preventing the evacuation of civilians in Mariupol and Volnovakha

In recent years, OB-GYNs as a group have become much more supportive of abortion. The American College of Obstetricians and Gynecologists (ACOG) has vocally opposed restrictions. And more OB-GYN residents say they plan to perform abortions in their practices.

A demographic change has accompanied the change in attitude. According to ACOG, the current class of residents is 86% female. But with the Supreme Court now considering serious challenges to Roe, many of those new doctors could find themselves working in a state where the procedure is illegal.

“ACOG of the last five years is very different than it used to be, but I wish this defense of abortion care had happened sooner, when it might have had more of an impact,” Joffee said.