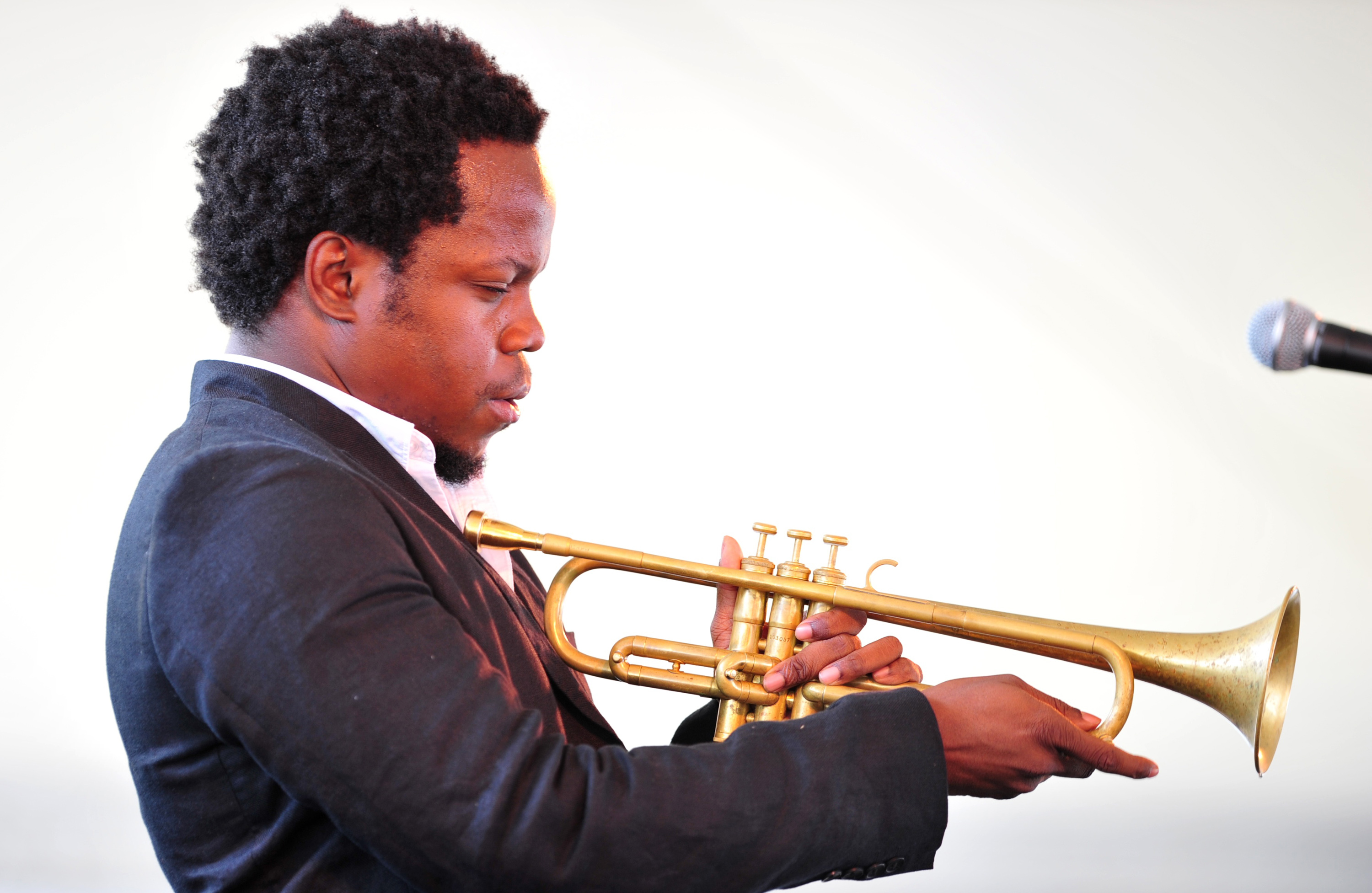 About to turn 40, Ambrose Akinmusire is a discreet flagship of the new generations of American jazz. It is not as popular as others, but it has been publishing with a multinational for more than a decade, in one of the most prestigious labels in the world: Blue Note; his music is personal, committed and not particularly commercial, but also accessible; And apart from his career as a leader, his activity covers very different areas, from the most risky and avant-garde to collaborating with names like Kendrick Lamar or Joni Mitchell.

Born in Oakland, California, to a Nigerian father and a mother from the Mississippi Delta, his childhood was “full of African music and black American music, to the point that when I got to high school there were many genres that I was unaware of: I had never listened to the Beatles , but he knew well the differences between Muddy Waters and BB King ”, says the trumpeter in conversation with Babelia from his home in his hometown, to which he returned in 2016 after a long stint in the mecca of American jazz, New York. According to him, the pandemic has precipitated an exodus from the Big Apple, fostering richer scenes in other states, such as California: “There are many, many jazz players who have moved from New York; No one has found out yet because of the pandemic, but LA has an amazing scene right now: Dave Binney, Mark Turner, Ben Williams, Gerald Clayton, Tigran Hamasyan … They have all moved to LA, and many others are too. ”.

Every now and then a Hope (Spalding), a Kamasi (Washington) or a (Robert) Glasper comes up, but most of us can’t aspire to that, so why not get creative?

Very close to Oakland, at the Berkeley institute where Akinmusire was studying at the end of the nineties, it was where the great Steve Coleman signed him when he was only 18 years old (also Jonathan Finlayson, Akinmusire’s best friend and another of the great trumpeters current): “Being with someone like Steve, who had created his own musical universe, was very influential for me; It gave me license to think that I could have my own vision, and to see someone creating with such dedication, without ever being completely satisfied, marked me a lot ”. Coleman was not the only restless figure who modeled the young Akinmusire in his first years of career, also Vijay Iyer and Jason Moran signed him for different projects: “They are artists considered complicated, profound, but they are also, and this is the main thing, thinkers . They think differently, that was the most important thing for me about them and about people like Peter Apfelbaum, who is great and nobody mentions him or knows him, but he also influenced me a lot. In my early years I was lucky enough to be surrounded by great creators and thinkers like them ”. Now things are no different, if you play jazz from a different point of view, like Akinmusire himself, it is immediately said that you are deep and complex. “Yes, but it is not so: they are just different ways of looking at the same image.”

This would also be a good definition of the trumpeter’s profile: his is a personal, different vision, not so much supported by his instrumentalist side (in which he is a marvel) as by the development of concepts that serve to expand the horizons of jazz. “It’s not just me, there is Tyshawn Sorey, Dan Weiss, Craig Taborn, a magnificent Spanish pianist named Marta Sánchez and many others… It is something relatively common today, maybe even more than in previous generations, because now musicians feel they don’t have nothing to lose. In my generation no one is trying to win Grammys or seeking fame, like they could be until the nineties. Every now and then a Hope (Spalding), a Kamasi (Washington) or a (Robert) Glasper comes up, but most of us can’t aspire to that, so why not get creative? ”

One of the most groundbreaking proposals in Akinmusire’s career was precisely the ingenious confluence of sounds from his Origami Harvest, a project in which the language of jazz was mixed with rap and the sustenance of a string quartet: “Sometimes I feel that I am two very different people at the same time and my musical taste is also like that, so one day I thought : What would a project look like if all the music on my iPad played at the same time? I listen to a lot of classical music hip hop, jazz, electronic music, and that was the idea I had: mixing sounds to create something different, and doing it precisely at a time when in the world we are also seeing numerous movements that champion change, confront and transform established roles ” .

The last adventure of Akinmusire has been to compose the soundtrack of the television series Blindspotting, opening a path that could become a priority for him: “Writing for the series has been the most natural thing I have done in my entire career; I do not mean that it was easy for me, but that I have really felt at home, and I don’t usually speak in these terms, but I really believe that I am in this world to do this, at least for now. I know that whether or not I continue to do it in the future has to do with industry and luck, but that’s how I feel. I love being an improviser and touring with my band, but I have never been one hundred percent comfortable with it. Composing for the screen, yes ”.

Fall (too) is jazz season

Although it seems that summer is always the jazz season in our country, autumn always brings two of the main events of the year: the Madrid and Barcelona jazz festivals, which show most of their programming throughout the month. of November. This year both cities will have the presence of some of the most important names of the moment, such as Ambrose Akinmusire (Saturday 20 in Barcelona, ​​Sunday 21 in Madrid), Kenny Garrett (Thursday 18 in Madrid, Monday 22 in Barcelona) or, in the national jazz, the Gonzalo del Val group with Benet Palet (Thursday 18th in Barcelona) or the piano duo of Chano Domínguez and Diego Amador (Friday 19th in Madrid, Thursday 25th in Barcelona). Together with the latter, Jorge Pardo will represent different visions of flamenco sounds, with a special tribute to Chick Corea in Madrid (Saturday 27), and a true guitar star, Tomatito, who will be in Barcelona with invited artists (Friday 19) .

The capital will also feature historical jazz players such as Charles Lloyd (Tuesday 30), contemporary portents such as Julian Lage (Friday 19), fusion icons such as Dave Weckl (Tuesday 23), Gonzalo Rubalcaba’s Cuban pulse (Sunday 28) and a huge talent on the current European scene: Dominik Wania (Thursday 25). As for national proposals, Madrid will also offer an exquisite selection of some of the most interesting artists of today in our country, such as Dani García (Friday 26) or the explosive Duot group of Albert Cirera and Ramón Prats, who will perform in a trio together to the mythical Andy Moor of the group The Ex (Friday 19), and in Barcelona we will be able to listen to such interesting projects as Underpool 5.2 (Sunday 28) or the group The Blue Quintet by JP Balcazar (Friday, December 10)

Barcelona will also host some of the most original artists on the international scene, in concerts that will surely be among the most stimulating of the year in our country: those of the guitarist Ben Monder (Monday 15), the Code Girl group of the guitarist Mary Halvorson (Saturday 20), the iconoclast pianist Marcin Masecki (Wednesday 24) or the unique orchestra of Maria Schneider, already in January 2022 (Friday 28). And a very special concert for jazz in Spain: the farewell to La Locomotora Negra at the Palau de la Música Catalana (Saturday 27), after almost five decades of tireless activity.