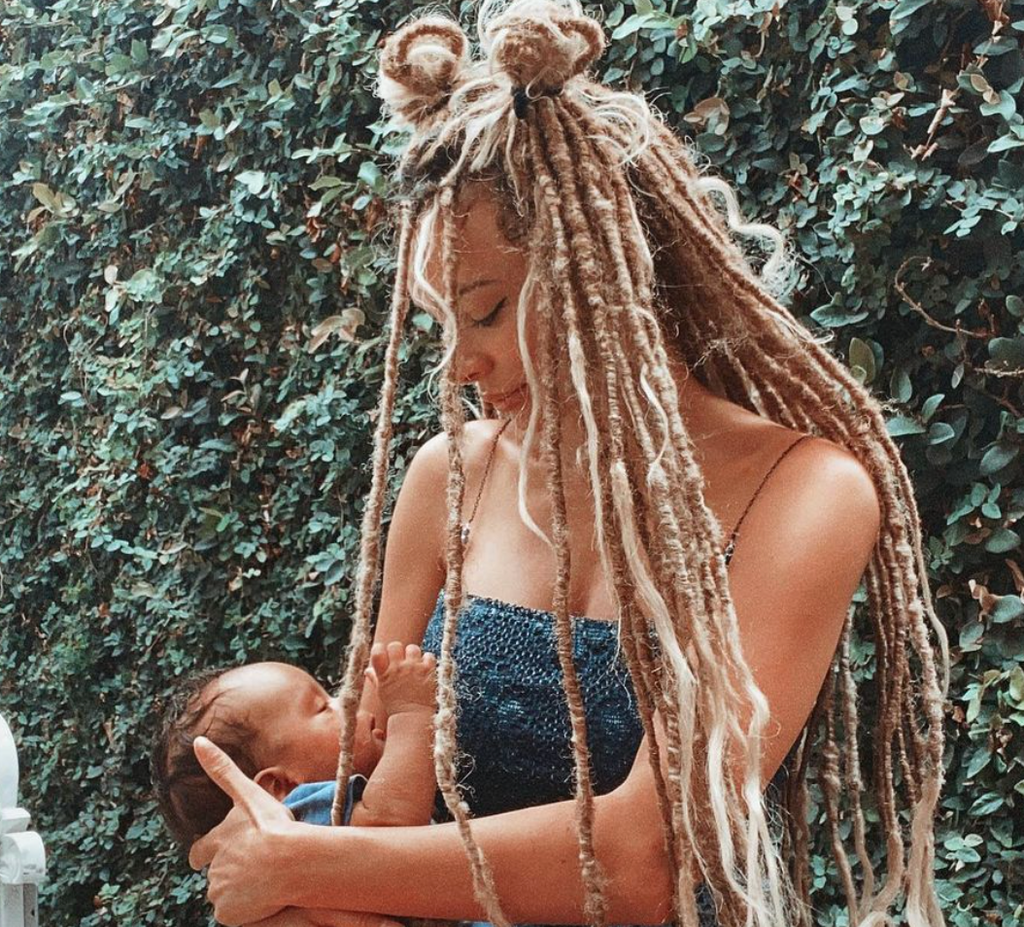 Alyssa Scott has shared what her last words to her and Nick Cannon’s five-month-old son were before he passed away due to a brain tumor.

On February 13, in honor of Valentine’s Day, Scott, 28, shared a photo of her son wearing a bear costume. Cannon and the model welcomed their first child, Zen, together in July 2021, but the baby was later diagnosed with a brain tumor. Unfortunately, he passed away at five months old in December.

“I can imagine us the night before Valentine’s Day filling out cards to hand to your classmates,” Scott wrote in the caption. “All signed with your handwriting… I know it would say: love, Zen. Every letter written with your tiny little hand. I often think about your voice. The sound of you saying “I love you mom,” Words I will never hear, But still feel to this day. I know you love me, Zen.”

She then emphasized how she sees her son “everywhere” and in “everything that is beautiful.”

“When I hear a baby giggle, when I see children playing,” she continued. “You are there. If I had one wish it would be to hold you. I know everything around me would stand still. It would be just you and me.”

Towards the end of the caption, Scott revealed what her final words to her child were before he passed.

“My last words to you were “I’m here, I love you.”” she wrote. “That will ring true until the end of time… I’m here and I love you baby. I’m just missing you extra today. My son.”

This isn’t the first time Scott has opened up about Zen and her grieving process. During Christmas time this past December, she shared a photo of her on her Instagram story of Zen’s crib.

“Maybe you close the door to the nursery. Maybe you leave it open. Maybe you have boxed some things away — maybe you still fold and put them in the drawers This is where I’m at,” Scott wrote in a since expired Instagram story, shared via People.

“Walking by his room..sometimes going in. Washing some of his clothes from him but putting aside others that still have his scent from him, ”she continued. “I am thinking of all who are grieving this holiday season. I am also reading your messages and keeping them close to me during this time.”

Along with Zen, Cannon is the father of seven other children. He has 10-year-old twins, Moroccan and Monroe, with Mariah Carey; four-year-old Golden “Sagon” and one-year-old Powerful Queen with Brittany Bell; and seven-month-old twins, Zion Mixolydian and Zillion Heir, whom he shares with Abby De La Rosa.

Recently, Cannon has received some criticism for announcing that he’s expecting another child with De La Rosa only two months after Zen’s death. He issued an apology for this on his show.

“I didn’t know how to explain it, I didn’t know what to say, so I was probably talking too fast and probably misspoke and I know I could do better when dealing with delicate and sensitive discussions,” he said.

“So I promise you, I promise the mothers of my children, I promise my family that I would do better, continue to be more understanding, caring, compassionate like they often show me, each and every day through these processes,” he added .