Skip to content
Home News Álvarez de Toledo defends himself: “To sanction me would be to sanction the coherence of the PP” | Politics 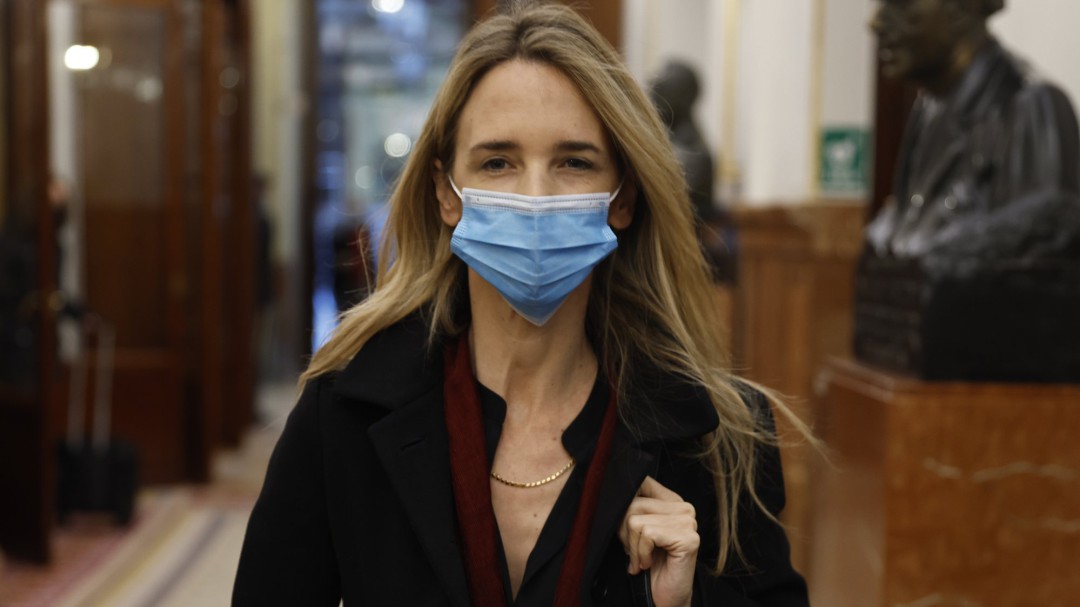 Cayetana Álvarez de Toledo has replied to the letter sent ten days ago by the popular parliamentary group in which she was informed of the opening of a disciplinary file for voting blank on the proposal for appointments to the Constitutional Court, something that constitutes conduct typified in the statutes as a serious offense. In said letter, the group gave the exporter ten days to present allegations. Álvarez de Toledo has not presented formal allegations but has responded with a letter in which he defends the meaning of his vote, claiming to have voted in line with “the ideological coherence of the Popular Party.”

The export spokesperson argues that Article 3 of those same Statutes establishes that “all deputies, members of the Popular Parliamentary Group in Congress, undertake to defend the principles and basic lines of the Electoral Program with which they jointly participate in the elections.” According to the deputy, “that is precisely what I did when I cast a blank vote on the nomination proposal for the Constitutional Court”

It argues that, in the program for the general elections of November 2019, the Popular Party promised to strengthen the independence of the Judiciary and that nevertheless “the Government and the leadership of the Popular Party have appeared as counterparts in a negotiation that corresponds to the Parliamentary Groups. With the aggravating factor that the results of said negotiation border the will of the constituent and worsen the more relaxed precedents. Independence, impartiality, indisputable technical and ethical authority, at the height of its serious mandate and at a critical moment: few Sometimes the responsibility in the election of the candidates to the constitutional bodies has been greater. “

See also  What is the energy price cap and what does it mean for you?

According to the popular exporter, “it was essential to avoid appointments with blatant party ties; to avoid an operation of distribution of cards, in which each card is related to its corresponding acronyms with the ease of a school exercise. You do not have to be a politician to be politicized In fact, there are politicians less politicized than some non-politicians. “

The deputy describes her vote as “a vote against the institutional weakening of Spain. And a vote against the political weakening of the Popular Party.” He adds that voting in favor of the Constitutional Court appointment proposal would have entailed a triple self-challenge. “Of the positions that the candidates and deputies of the Popular Group have defended before the Spanish. Of the positions that the Popular Party has maintained regarding the essential strengthening of the institutions that represent and protect the constitutional order. And, notably, of the positions that The Popular Party continues to defend against the General Council of the Judicial Power. To demand the depoliticization of the General Council of the Judicial Power while the Constitutional Court is politicized is to fall into a debilitating incongruity. It was not, therefore, my blank vote that contradicted the line party policy. What contradicted the party’s political line was the vote in favor, “writes Álvarez de Toledo.

The exporter ends her letter by saying: “In this sense, I am sure that the Group’s leadership will agree with me: to sanction me would be as much as to sanction the defense of the principles and ideological coherence of the Popular Party. For all of the above, I understand, and I am sure that the Group’s management will also understand that no action is required on their part “.