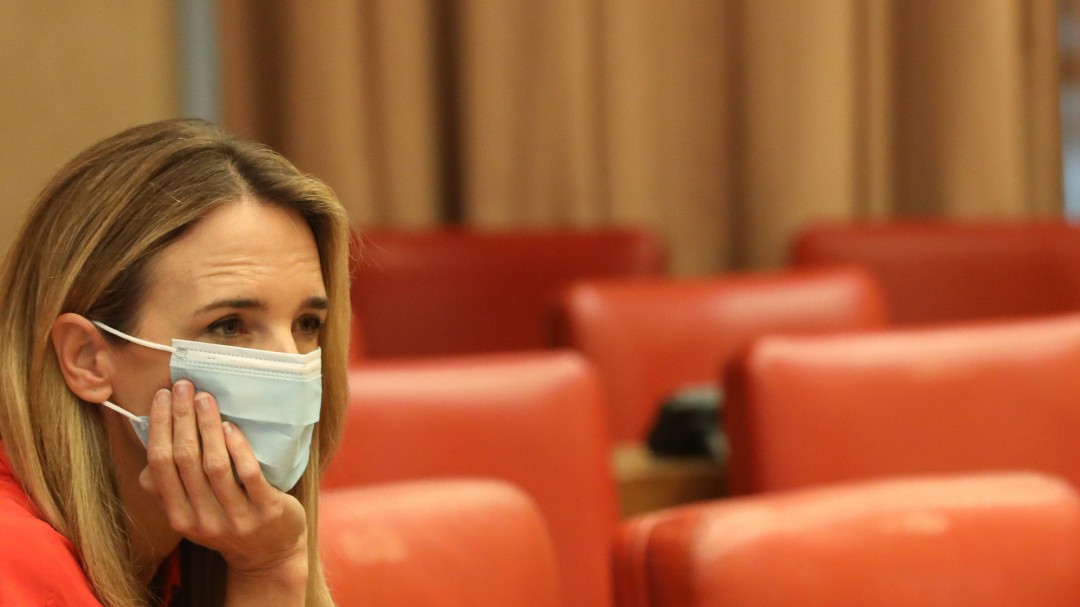 The PP exporter in Congress Cayetana Álvarez de Toledo has replied to the leader of her party, Pablo Casado, who said that there is no room for personalities in the PP, with a defense of soloists and personalities. He believes that Casado calls “personalism to personality and divism to leadership.”

Casado compared this Sunday to the PP with a “great orchestra” where “soloists do not fit”, rejected the personalities and said that his party is not “a ‘talent show’ of megalomanias”, words that, in the opinion of Álvarez de Toledo They did not address her “exclusively” or “not directly,” as she has assured in an interview this Monday in RNE, where she has not mentioned the Madrid president, Isabel Díaz Ayuso.

“I believe that a leader is a soloist,” stressed Álvarez de Toledo, who has also argued that he cannot imagine Ronald Reagan, Margaret Tatcher, Konrad Adenauer, Winston Churchill and neither José María Aznar or Felipe González “complaining that there are great figures in their parties or in their parliamentary groups. “

For the former parliamentary voice, “personality and one’s own profile are not incompatible with teamwork or winning elections, on the contrary”, and sees “an old trap of the left confusing freedom or personality with megalomania to annul the individual that stands out “, a path that, he maintains, is not convenient for them to travel.

Álvarez de Toledo has reiterated this Monday that he will not leave the seat and has played down the foreseeable sanction against him for skipping voting discipline in the renewal of the Constitutional Court because “convictions have a cost,” he has sentenced.

In addition, he has said that he celebrates the criticisms of PP deputies of his book because in “Politically undesirable” he encourages them to regain their critical voice and, although he prefers that they read it before, he understands the criticism, insults or even the right to say that something has seemed valuable to them.

The president of the Committee on Rights and Guarantees of the PP, Andrea Levy, pointed out this Monday that if the parliamentary exporter, Cayetana Álvarez de Toledo, is not “happy” within the party “as one arrives, one can leave.”

Speaking to ‘La Sexta’, Levy has indicated that instead he would leave the party if he were not “at ease” while he has assured that “what he would not do is criticize the president of the Popular Party and the secretary general.”

“They were the people who told her to join that project. She came to the Popular Party because she believed in the Popular Party and in Pablo Casado’s project. You have to go back to the newspaper library of what she was saying then when she was a candidate for the elections. generals for Barcelona “, he added.

In this sense, Levy has pointed out that the “noise” around the PP disputes does not favor “anyone” and has asked that the internal issues of the party remain “in private”.

In reference to Casado’s statements at the closing of the PP Congress in Andalusia in which the ‘popular’ president assured that “personalism” did not fit in the party, Levy considers that it is not necessary to speak “in the first person”, but of a “broad project” in which each one has “uniqueness” and “own voice”.

Almeida acknowledges that in the PP “there are soloists, as in all orchestras”

On the other hand, the national spokesman of the PP and mayor of Madrid, José Luis Martínez-Almeida, asserted this Monday that the Popular Party is an “orchestra” in which all its members have “an important role” and despite acknowledging that there are “soloists, as in all orchestras,” the important thing is that the group “must function and be up to the task.”

“We are an orchestra and we all have an important role to play. We are a credible alternative,” he told the media, after inaugurating the Plaza de España two and a half years after beginning its reform.

Almeida has valued that the president of the PP, Pablo Casado, at the training congress in Andalusia “gave the message that was expected, that of a united PP.” At this point he has indicated that “in every orchestra there are soloists”, so he does not consider it to be a question of “soloist yes or soloist no”, but rather that the ensemble “has to function and be up to par”.

“We are a great team, a great orchestra, soloists do not fit here, we are a tuned, harmonic orchestra, where a strong score prevails, not the sum of individualistic plans; personalism does not fit in the PP”, assured the head of the party, without making express mention of the president of the Community of Madrid, Isabel Díaz Ayuso.

As requested by the PP exporter in Congress, Cayetana Álvarez de Toledo, Almeida recalled that “he is in a period of promoting a book, and he has to dedicate himself to that.” But he has indicated that “the problem with transmitting certain messages is that in the end questions are raised.” Thus, she sees “legitimate” that there are people who consider “that if she thinks that how she can continue (in the PP), but that is something that concerns her.”