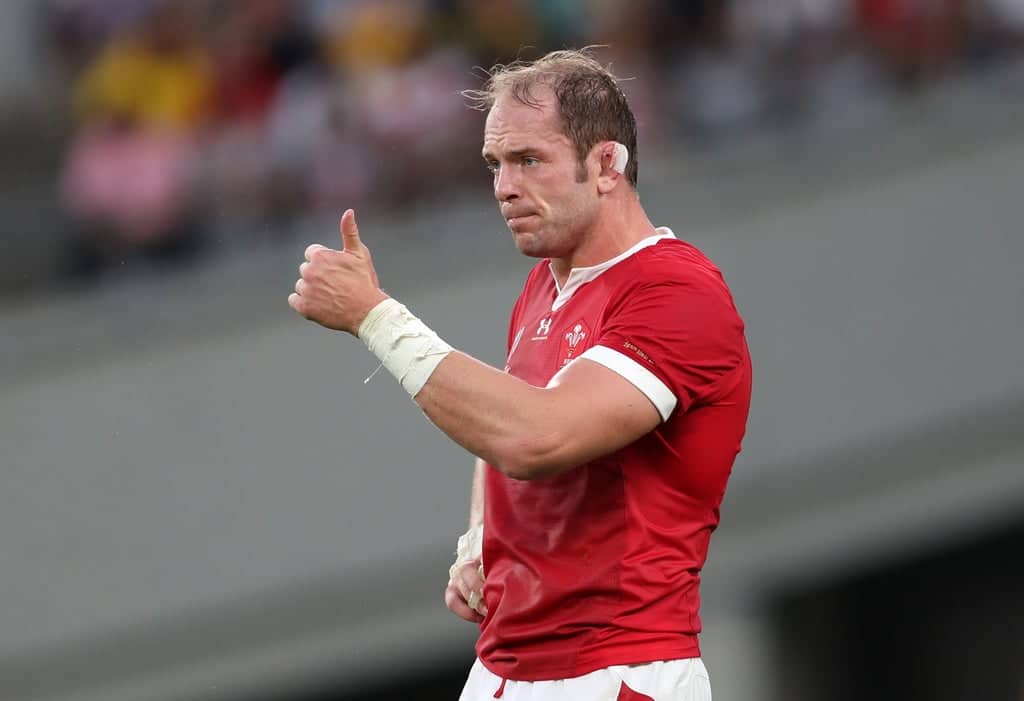 Alun Wyn Jones has described it as “an honor and a privilege” as he prepares to win his 150th Wales cap and make rugby union history.

It will be his first appearance for more than four months, having undergone two operations after suffering a shoulder injury during Wales’ Autumn Nations Series loss to New Zealand.

Lock Jones’ latest landmark means he will become the first player in international rugby to feature 150 times for their country.

Because of the coronavirus pandemic, that delayed Six Nations appointment with Scotland was played behind closed doors at Parc and Scarlets in Llanelli.

But this weekend, an expected Principality Stadium crowd of more than 60,000 will acclaim one of Welsh rugby’s all-time greats as he makes it 150 for Wales and 162 Test matches in total following three more Lions outings last summer.

“To be the first to do anything is an honor and a privilege,” Jones said, in a video interview released by the Welsh Rugby Union.

“But I think to do it for Wales and to pull this jersey on as many times as I have isn’t wasted on me, particularly when you realize what rugby means to the nation.

“There will be people who will have played far more games of rugby than me for their local clubs across Wales.

“They’ve got their place in their local history, and I’ve got people here that saw me come into this squad as not far off being a child, and now they are going to see me taking my children out for 150 appearances.

“Obviously, I’ve been fortunate to have had a few milestones already – or people keep telling me, anyway.

“My first one (Test) was in Patagonia, the 50th was in Twickenham and my 100th was in Eden Park, New Zealand.

“Obviously, my family couldn’t come when I did the world record at Parc and Scarlets in the Nations Cup. To have my family there (on Saturday) and my wife and daughters is huge for me.

“That’s the significance of the milestone, or whatever you want to call it, and the day. The weekend will mean nothing if we don’t get the win.”

As he did following a shoulder problem before last summer’s Lions tour to South Africa, Jones’ latest comeback has proved ahead of schedule after most forecasts pointed to him missing the entire Six Nations.

“We formulated a plan pretty quickly – within two weeks post the New Zealand game,” he added. “A couple of surgeries were required, not just due to injuries sustained in the summer, but beyond that.

“I was given a target pretty early on to work to, and that was the plan rolling forward.

“I am obviously coming into the (Wales) camp six or seven weeks in, and you can see the leadership group has been great.

“In fairness to the boys, as someone who has come in late on, they’ve been great. I think for the most part they are pleased to see me back – I would hope they are, anyway!

“I’ve been away from the camp and out of any jersey for too long, but to come back and see the hard work the boys have put in has been really pleasing.”