Skip to content
Home News Almost 5,000 flights canceled around the world at Christmas before the boom of the omicron variant | International 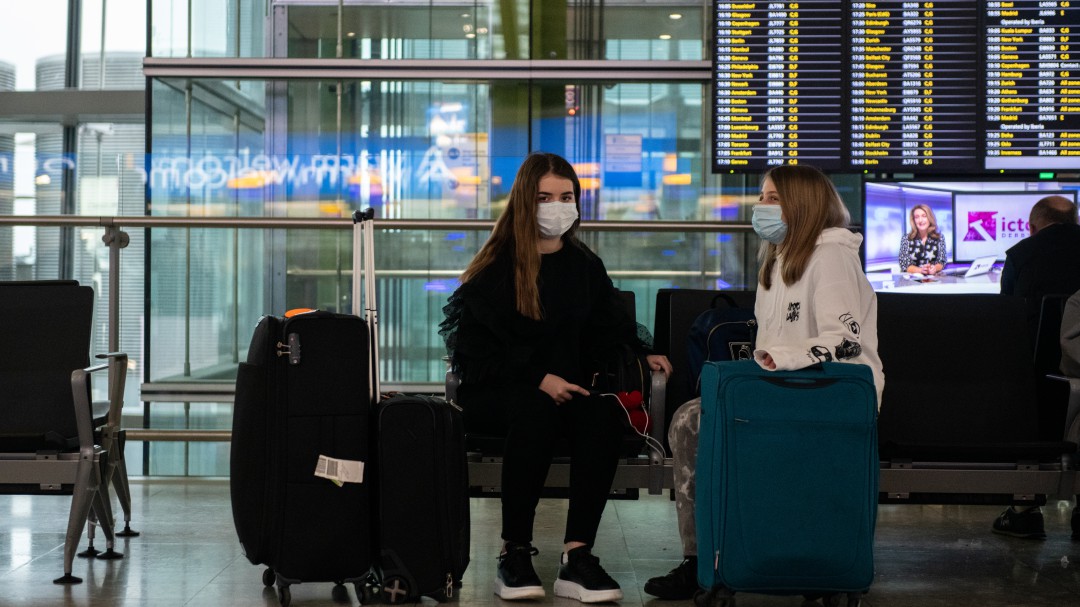 The variant of the COVID-19 omicron has hit the staff of the big airlines and caused the cancellation of almost 5,000 flights around the world during the days of Christmas Eve and Christmas, when millions of people travel to reunite with their families.

At 11:00 local time on the east coast of the United States, 4,900 flights had already been suspended on Christmas Eve and Christmas, while 15,837 had suffered last-minute delays, according to the US company Flight Aware, which specializes in providing data in real time over air traffic.

More than 400 flights canceled in the US

Only in the United States, this December 24, 454 flights have been canceled. “The national upturn in omicron cases this week has had a direct impact on our crews,” United Airlines explained in a circular collected by CNN. “We are sorry for the annoyance and we are working hard to be able to relocate as many people as possible and take them to their destinations on this vacation,” the US airline said in a statement.

Delta AirLines has also canceled 130 flights this Friday also due to incidents related to the omicron advance. “We apologize to our clients for the delay in their plans to travel on their Christmas holidays,” he said. In China, two airlines – China Eastern and Air China – have canceled more than 660 flights, to which are added identical measures from other smaller airlines in the Asian giant.

More than a quarter of the flights canceled during Christmas Eve and Christmas had as their destination or starting point the United States, where cases have grown 50% in the last week after the overwhelming advance of omicron. Christmas Eve, one of the busiest days of the year, has already begun with the suspension of hundreds of itineraries; But the situation worsened as the day progressed, and at Christmas, major US airlines such as Delta and United announced more cancellations.

In a statement, Delta said it was “exhausting all options and all resources,” including route changes, aircraft replacement and crew changes, to cover its scheduled operations. However, on Christmas Eve, Delta had to suspend 173 or 8% of its routes and, by 11 a.m. local time on Christmas Day, travelers on 290 flights (14%) had already been grounded. For its part, United canceled 201 (10%) of the routes it had planned for Christmas Eve and this Christmas Saturday the figure already reaches 238 (12%).

The impact of omicron on crews

A United spokeswoman, Maddie King, told Efe this Saturday that the increase in omicron infections in the United States is having a “direct impact” on flight crews and the rest of the company’s personnel, who have to stay at home. to recover from the disease and not infect others. For its part, Delta has attributed the cancellations to omicron, but also to the meteorological conditions with snow storms that threaten the western US, from the state of Washington to southern California.

However, other US airlines such as American and Southwest have assured that their operations are developing normally and have hardly experienced cancellations. Those two airlines, however, did have to suspend hundreds of trips at the end of October.

For its part, the German Lufthansa reported on Friday the cancellation of several transatlantic routes during the Christmas holidays due to a “massive increase” in sickness among its pilots, local media collect. Other international airlines such as China Eastern and Air China, as well as Indonesian low-cost carrier Lion Air and state-owned Air India also dropped thousands of passengers on the ground on Christmas Eve and Christmas, according to Flight Aware.

A pulse between US managers and unions

In the United States, behind the cancellations, there is a fight between the managers of the big airlines and the unions. Anticipating potential problems, lobby group Airlines for America, representing Delta, United and American, sent a letter Thursday to the director of the Centers for Disease Control and Prevention (CDC), Rochelle Walensky, to ask you to relax the guidelines of that institution on the isolation period that those who have been exposed to the virus must comply with.

Currently, the CDC advises a 10-day isolation, but Airlines for America wants it to be a maximum of five. In response, the union of flight attendants, known as AFA, asked Walensky in another letter that the ten days of isolation be maintained and considered that any change in the protocols should be based on science, not on personnel problems. .

In fact, personnel problems are not new. During the pandemic, the big US airlines received public aid of 54,000 million dollars on the condition that they could not fire anyone. However, what they did to save costs was to reduce staff with voluntary redundancies or early retirements, so that when the demand for flights recovered this year, they found that there were not enough employees to cover all routes.

While airlines are having trouble keeping their flight plans, the majority of US travelers have continued with their plans to travel this holiday by other means, as reflected by data from the US Transportation Security Administration. Specifically, some 2.2 million people passed through US airports on Thursday, just before Christmas Eve, which is almost the same as in 2019 and three times more than last year.

The omicron variant has caused an increase in infections around the world and has caused some European countries, such as Germany, Portugal and Finland, to re-impose restrictions on the leisure and hospitality sectors.