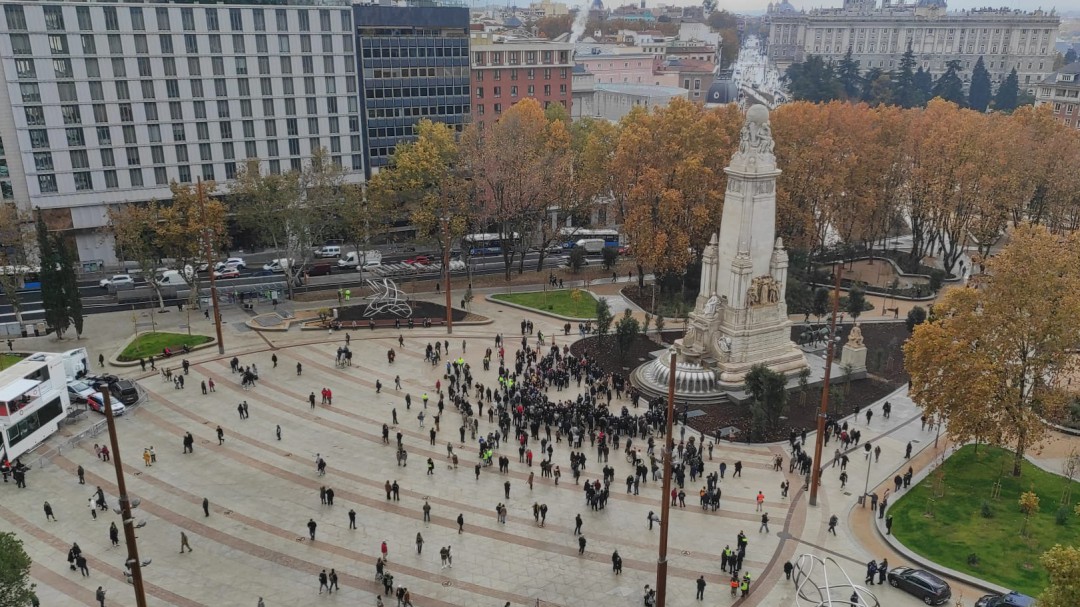 Despite the years of proposals, designs and works, the new Plaza de España is now a reality. The mayor of Madrid, José Luis Martínez-Almeida, has assured that he is happy with the final result, although he wanted to have a wink with his predecessor, Manuela Carmena. “Her and her team of Government had a correct and adequate vision of the renovation that had to be undertaken “, has affirmed in Today For Today Madrid.

Almeida has insisted that the new square, which was “designed by one government and executed by another” is a clear example of the work between different administrations. “All of us from Madrid remember the old square, which was quite inhospitable. I think they had a good vision of how they should carry out this reform and we have tried to carry them out in their entirety. Within the differences, this shows that if we work together we are capable of anything “, has had an impact.

The project for the Plaza de España in Madrid is not, however, finished. Although the inauguration took place this Monday, there are still works to be finished as the mayor of the capital has assured. “There is a lack of specific things: flower beds, plant elements … But we wanted all Madrilenians to enjoy this square as soon as possible,” he said.

The renovation has not, however, been welcomed by all Madrid residents with the same feeling. In fact, the new square has received both praise and criticism from different sectors, although the most frequently used negative point has been the purchase of a fir tree that will be located in the space during Christmas.

From Más Madrid they strongly charged against the purchase of this fir tree and assured that it was a useless, polluting element – coming from Gerona – and expensive, since it exceeded 100,000 euros.

“Another unnecessary outrage by Almeida. He chops down an 18-meter-high fir tree in Gerona and brings it to Madrid without the intention of replanting it. Not everything goes at Christmas,” the spokesperson for the training at the City Council assured through her Twitter profile , Rita Maestre.

From the Consistory, however, they have proceeded with the project and have dedicated to keep the fir in the square. In fact, the mayor even asked himself at a press conference “what is the problem with More Madrid with Christmas”, in relation to the criticism made for the purchase and transfer of a natural tree from hundreds of kilometers away and at a cost of 112,000 euros.

From the Consistory they assure that the new Plaza de España will be a new tourist attraction for the capital. Not only because of the renovation of the space itself, but also because of the facilities that it allows tourists who wish to walk through the city center “without running into traffic lights,” as the mayor claimed.

Almeida, in fact, has joked in Today For Today Madrid about the comparisons that have been made with the new aesthetic. “I do not know if it will be the Rockefeller Center,” said the mayor, but he has defended that this new square can attract curious people who are left with a good image and recommend, later, to visit the capital.