Skip to content
Home News Almeida: “I have not seen the lights of Vigo because they cannot be seen from Madrid” | Radio Vigo 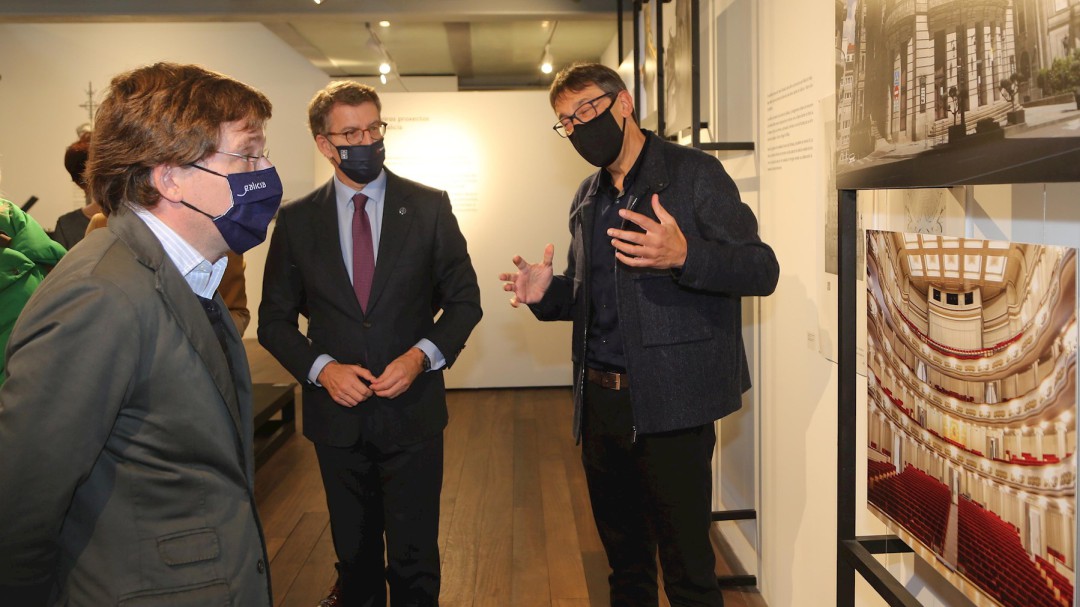 The mayor of Madrid has visited Vigo this Saturday and has referred to the Christmas lights, the Madrid councilor has limited himself to answering – with irony – that he has not yet had time to see them “because they cannot be seen from Madrid.”

“But what I can tell you is that, apart from pretended competitions, what we have to do in these times, and I recommend it to the people of Vigo and Madrid, simply that they enjoy our cities,” he said.

That said, he has urged Caballero to use Christmas lighting “for the enjoyment of the citizens and not for the enhancement of oneself.”

The mayor of Madrid, José Luis Martínez-Almeida, has asked this Saturday his counterpart in Vigo and president of the Spanish Federation of Municipalities and Provinces (FEMP), Abel Caballero, to “take note” of the president of the Xunta, Alberto Núñez Feijóo , and summon councilors “from different parties” to address the local financing system.

Speaking to the media after visiting an exhibition on the architect Antonio Palacios in the olive city, he took the opportunity to address the “mayor of all the mayors of Spain” to demand a debate on “common solutions” to “common problems” of municipalities.

In this sense, Martínez-Almeida has demanded that Caballero have “the same capacity” as Feijóo – after the summit of eight regional leaders in Santiago de Compostela on November 23 – to talk about the ruling of the Constitutional Court that annulled the capital gains tax.

“It annoys him that Vigo made much better lights than he did.” This is how the mayor of Vigo, Abel Caballero, responded to his counterpart in Madrid, José Luis Martínez-Almeida, after the latter blurted out that lighting is “for citizens” and not “for self-enhancement.”

After these words, the Vigo councilor has issued statements to the media in which he assures that “it is a general opinion of everyone from Madrid who comes to Vigo that there is no possible comparison.” “You can tell that it hurts, because he wanted to give Vigo a pulse and lost it,” he added.

Caballero has stated that it is precisely “the citizens” who “like the lights the most.” “We love the city of Madrid very much, but its mayor is not capable of lighting according to the tastes and dignity of the citizens of Madrid,” he added.

In addition, he wanted to greet and welcome – not without irony – Martínez-Almeida to the city, where he has visited an exhibition dedicated to the architect Antonio Palacios in the company of the president of the Xunta, Alberto Núñez Feijóo. Thus, he hopes that he will have a “good stay in the city, even if he did not have the courtesy to say that he was coming.”

However, Caballero wishes him “the best” and that the “party act” – as he has called it – with Feijóo has gone “very well.” And it is that it is, he added, an act that “is endorsed by the Constitution”, whose day will be held precisely this Monday of the bridge.