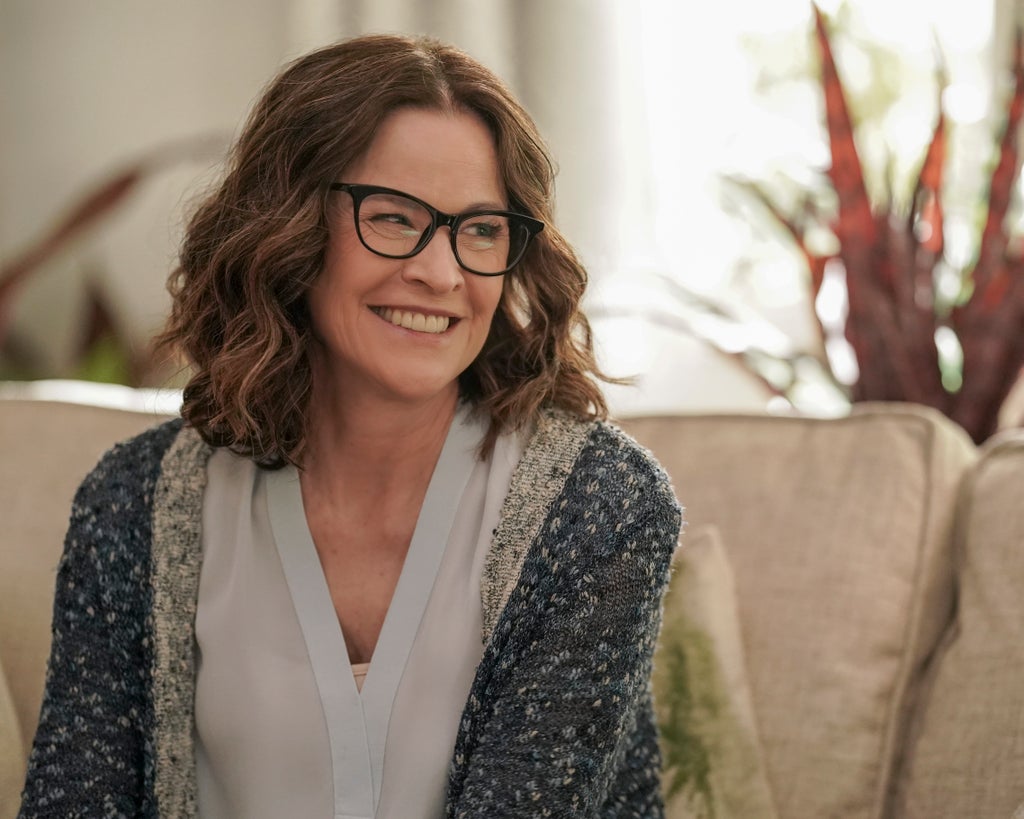 Ally Sheedy’s career boasts hit movies including “The Breakfast Club” and “WarGames,” an award-winning turn in the indie film “High Art” and a string of TV roles scattered over the years.

While Sheedy often returned to television between big-screen projects, she was unaware of how many innovative shows had joined the ranks of the conventional. Then the 2020 pandemic lockdown arrived.

“I downloaded Hulu and HBO Max and Netflix and all this stuff that I never actually watched. I suddenly got an education on the streaming platforms,” she said in an interview.

When the script for Freeform’s “Single Drunk Female” came her way, Sheedy said, “it felt like a piece with the kinds of shows I had been able to watch….I suddenly understood, ‘Oh, I see why a show like this could be made.’”

In the dark comedy, Sheedy plays mom Carol to the title character, 20-something, newly recovering alcoholic Samantha (Sofia Black-D’Elia). There’s no sugar-coating, with characters whose vulnerabilities are on full display as Samantha is forced to move back in with her mom de ella.

The pair’s relationship is “very fluid and messy, which is what I love,” Sheedy said during a Q&A with TV critics. “I love Sofia. So, going to work every day was an absolute joy.”

Black-D’Elia (“The Night Of,” “Gossip Girl”) described the mother-daughter dynamic as “complicated and funny and weird and nuanced in a way that I think any girl with a mother can understand and relate to, and it’s really fun doing it with Ally.”

The layered approach immediately attracted Sheedy to the 10-episode series that’s in its first season on cable channel Freeform (10 pm EST Thursday) and on Hulu. Creator Simone Finch based it on her experience of ella as a young woman.

See also  Where to get free meals for kids this Easter

Carol is “a woman of many contradictions,” Sheedy said. “She wasn’t written as any kind of quote-unquote mom, or ‘disaster of a mom.’ There were so many complexities and levels to her, and the dynamic of her with the daughter …. was really interesting and with a lot of places that it could go.

Does Sheedy see parallels between contemporary TV and indie movies such as 1998’s “High Art”? In that film, Sheedy played a drug-addicted photographer in a relationship with a younger woman, earning an Independent Spirit Award for best female lead.

“Yes, as a matter of fact,” she told The Associated Press. “There was a moment, maybe extended moments (into) the late ’90s, when indie film was developing and fruitful.”

The films included ”a lot of roles that were written for women outside of the box,” she said, with writer-director Lisa Cholodenko’s “High Art” among them. Sheedy sees the same happening in TV’s current wave, benefiting creators and viewers.

“There are so many stories that I wouldn’t just say need to be told, but are being asked for from a very broad audience,” she said.

Sheedy, who lives in New York, is putting her experience to work on screen and in the classroom. She’s in her fourth year of teaching a film acting class that she developed for the City College of New York’s theater and speech department.

The most-asked questions she gets are unrelated to Hollywood glamor or gossip.

“’How did you figure out what to do on a film set? How did you know how to do this, that or the other thing?'” Sheedy recounted. She says they’ll learn on the job, as she did, but there’s practical as well as artistic guidance she can offer.

Sheedy also appreciates how much has changed since her career began. Virtual classes during COVID required students to rely on smartphone cameras instead of the real deal, which she realized was a boon for developing skills including lighting and editing along with acting.

“They really do have a kind of limitless horizon as far as what they want to do,” Sheedy said. “They can write stuff, they can film stuff, they can post it. They can collaborate and create something and put it out there This is all new.”