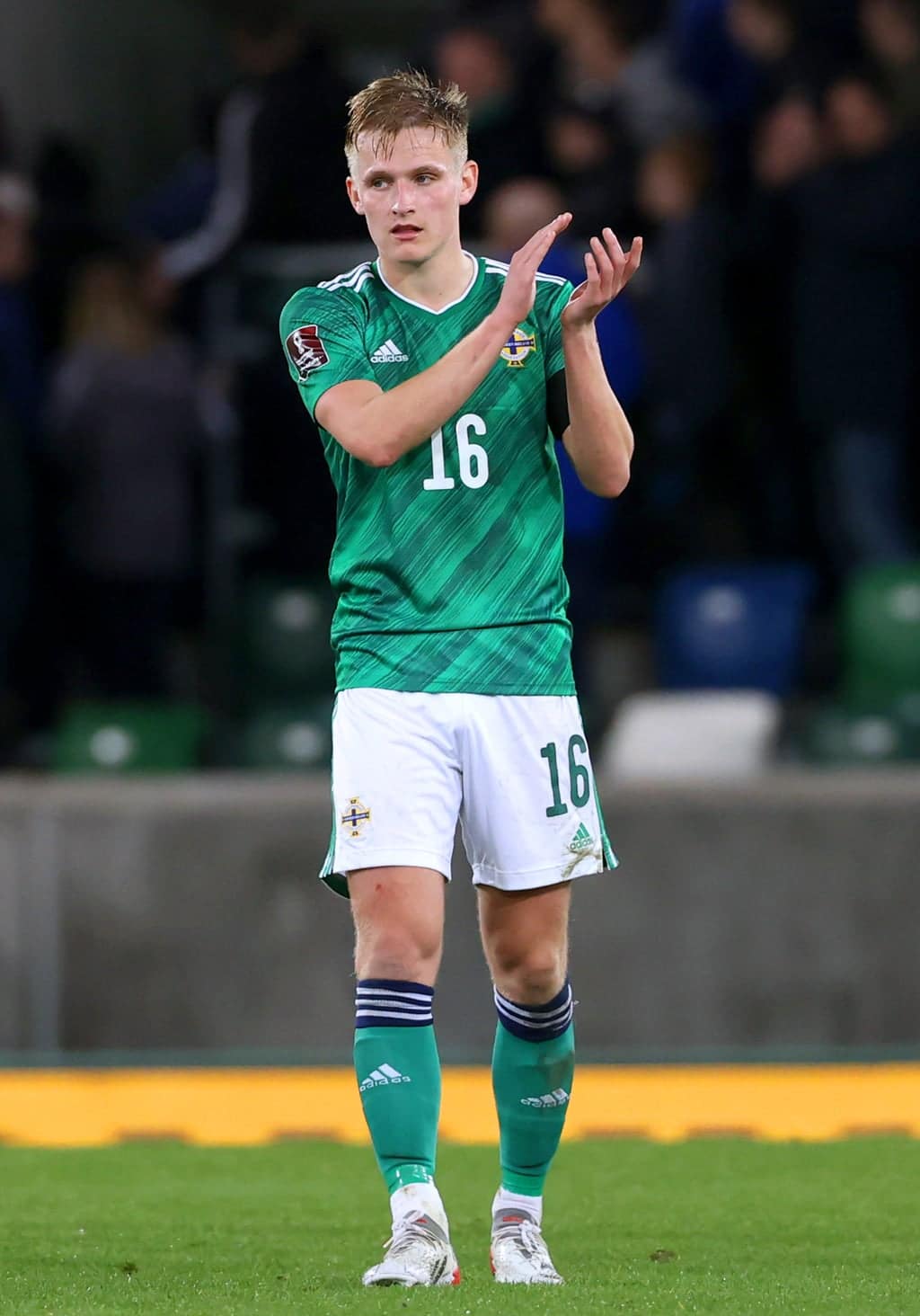 Ali McCann wants to take every opportunity he gets to learn from Northern Ireland stalwarts Steven Davis and Jonny Evans, knowing the chance will not last forever.

Davis, 37, and Evans, 34, were both on the plane on Wednesday as Northern Ireland flew out to Luxembourg for Friday’s friendly, though Evans will sit out next week’s home fixture against Hungary as he manages his return from injury.

As Ian Baraclough continues to bring through the next generation – having called in Trai Hume, Paddy Lane and Caolan Boyd-Munce up from the under-21s this month – their experience is invaluable in the squad, and something McCann, 22, wants to capitalize on.

When players left the last international camp in November last year, buoyed by their performance in holding European champions Italy to a goalless draw in Belfast, nobody was quite sure if Davis would be back.

The Rangers veteran had said he would take the winter to “sit back and reflect” on his future at the end of the World Cup qualifying campaign, but ultimately it came as no surprise when he was named in the squad for these two friendlies, looking to add to his British-record 132 chaps.

“I think we all expected him to be here just because he’s been here so long,” McCann said. “You just expect it with the amount of caps he’s had over the years.

“Whenever he’s here it’s such a morale boost to have such a big leader around the place, everyone feeds off him.

“It never really crossed my mind (that Italy might be his last game) to be honest. He’s kept himself right, he’s not looked like he’s slowing down.”

McCann’s assured midfield displays in his 10 caps to date have been one of the major success stories for Northern Ireland under Baraclough, with the Preston midfielder seamlessly making the step up from the under-21s.

Having Davis alongside him has no doubt helped.

“The more you get to play next to him, even in training and around the place, you feed off the experience,” McCann said.

“Especially being a midfielder myself, it can only help massively. All my games so far I’ve been lucky enough to play alongside him and hopefully there’s many more to come.”

If McCann was always expecting Davis to be back this month, Evans’ appearance was more of a surprise.

The Leicester defender has been hampered by a long-term foot injury for several months and missed last year’s international windows in September and October as a result.

But after making his first club appearance since December – when he returned as a substitute in last week’s 2-1 win over Brentford – he was made available for Friday’s game to help build up his fitness.

“Having Jonny here is brilliant for everyone,” McCann added. “We know how good a player he is, how good a career he’s had, just his presence around here lifts everyone.

“It’s massive for us to have him back in for the Luxembourg game, it benefits us hugely.

“He’s such an important player for us, so that’s a real positive for us.

“Yeah, he’s another one like Davo who conducts himself brilliantly off the pitch. Younger ones like myself can learn off him and feed off that. It’s hugely beneficial for him to be in and around him.”