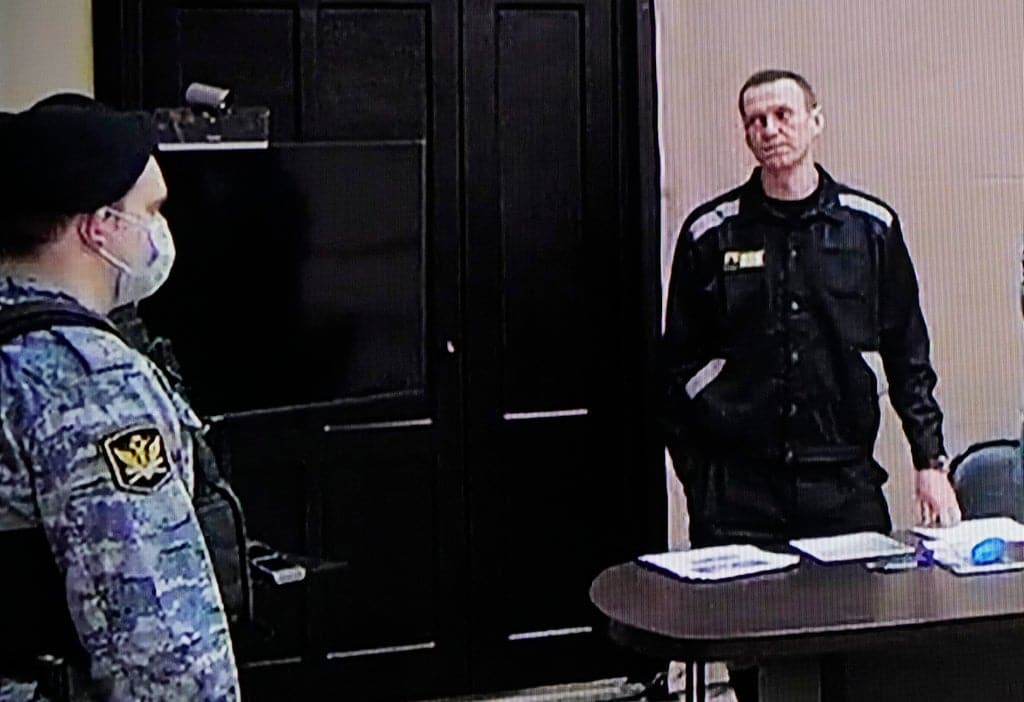 Kremlin critic Alexei Navalny has been found guilty of large-scale fraud and contempt of court, and appears set to have several more years added to his prison term on charges he and his supporters say are politically motivated.

Mr Navalny, Russia’s most prominent opposition figure, is already serving a two-and-a-half year sentence for parole violations. State prosecutors had asked the court to move him from a jail in east Moscow to a maximum security facility for 13 years on charges of fraud and contempt of court.

The opposition figure returned to Russia last year after receiving medical treatment in Germany and was immediately arrested after surviving a poisoning attack he claims was ordered by Vladimir Putin. The Kremlin has denied this.

Mr Navalny was accused of stealing $4.7m (£3.5m) of donations given to his now banned political organisations. Judge Margarita Kotova said Mr Navalny had committed a criminal offense by publicly insulting the court.

The judge confirmed he had pleaded not guilty to the fraud charges against him.

A gaunt looking Navalny stood beside his lawyers in a room filled with prison security officers as the judge read out the accusations against him.

The 45-year-old seemed unfazed, looking down as he flipped through court documents. A ruling is expected later on Tuesday.

Mr Navalny returned to his homeland from Germany after he was poisoned with a Soviet-era nerve agent during a visit to Siberia in 2020.

He blames Mr Putin for the attack but the Kremlin claims it had been seen no evidence that Navalny was poisoned and denied any Russian role if he was.

After the last court hearing into his case on 15 March, Mr Navalny struck a typically defiant tone, writing via Instagram: “If the prison term is the price of my human right to say things that need to be said … then they can ask for 113 years. I will not renounce my words or deeds.”

Russian authorities have cast Mr Navalny and his supporters as subversives determined to destabilize Russia with backing from the west.

Many of his allies have fled Russia rather than face restrictions or jail at home.

Mr Navalny’s opposition movement has been labeled “extremist” and shut down, although his supporters continue to express their political stance, including their opposition to Moscow’s military intervention in Ukraine, on social media.

He has also been vocal in his opposition to Mr Putin’s war with Ukraine.

Protests against the conflict have broken out in major cities across Russia and earlier this month Mr Navalny called for people to take to the streets on a daily basis.

“I call on everyone to take to the streets and fight for peace,” his spokesperson wrote on Twitter at the time.

Mr Navalny’s account tweeted: “We – Russia – want to be a nation of peace. Alas, few people would call us that now.

“Let’s at least not become a nation of frightened silent people. Of cowards who pretend not to notice the aggressive war against Ukraine unleashed by our obviously insane czar.”

Some reports estimate that at least 15,000 Russians have been detained for protesting against the invasion.

See also  How to watch Round 2 Friday