Skip to content
Home News Alex Benítez: The 17-year-old from Madrid who collaborates in a project of the ‘James Webb’, the largest space telescope in history | Science 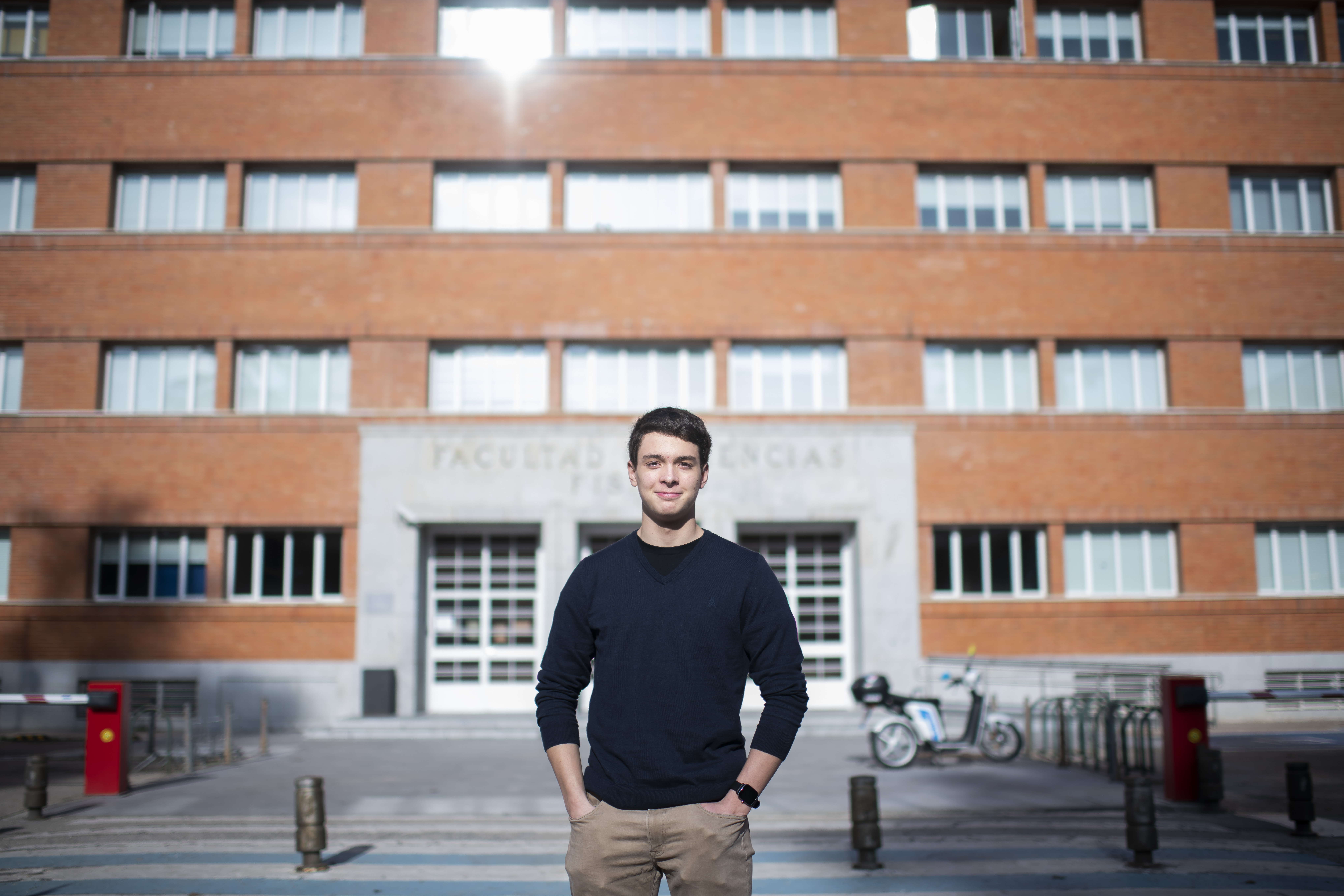 Álex Benítez (Madrid, 17 years old) remembers that since childhood he was interested in computers. When he was barely 11 or 12 years old, he began to learn to program from a book and in a self-taught way because, as his father told him, “I did not know any good programmer who had not learned to program himself.” In the summer after finishing fourth of ESO, he got in touch with Dan Coe, from the Space Telescope Science Institute. The scientist is in charge of a proposal for the observation of the galaxy MACS0647-JD through the telescope James Webb, also know as JWST, which was released on December 25. After obtaining approval for his participation, the young man is listed as one of the co-investigators of this project, in which he has helped from the beginning. He is the only high school student to appear as a researcher in the JWST Cycle 1 General Observer programs.

This project aims to observe the MACS0647-J galaxy, one of the oldest —or young ones if you look at it from the beginning of the universe—. “With our proposal we want to determine exactly what composition it has and, if possible, with the gravitational lensing phenomenon, observe even older galaxies around it,” he explains. The galaxy was already seen by the space telescope Hubble, but not in great detail. They hope to get the first data in November next year.

To get approval, the researchers had to show that their proposal to observe galaxies was better than the rest. For this they used a program (called Mirage) that simulated what the James Webb I would see if I observed a certain part of the sky. The problem is that this program was newly created, had not been tested and had errors “that did not allow it to work”. That’s where Benítez came in: he helped to simulate images: “What I did was read the entire program a lot of times, understand it and make it work with the help of Dan Coe. In the end, it is a very complicated program that requires knowing a lot about telescopes and astronomical objects ”, he recalls. However, its role does not end here. Coe has proposed to continue in it to process the data that they begin to receive next fall.

Experience in understanding the system has allowed him to delve deeper into programming. “I learned a lot. In the end I knew, but this was another level ”. To do this, he relied on two astrophysics books that helped him understand the operation of stars, lenses, telescopes or how to calibrate one, among other things. In addition, this study has “made him see” that what he likes is astrophysics. The researcher who had the most contact was with Coe, in addition to Bryan Hilbert, creator of the program Mirage. Most of the communication was through emails and some video calls. And when it was time to meet, he could not travel because of the covid. Although the rest of the team had a professional scientific career, this young man appreciates the treatment they had with him, not as an equal, but without making him feel less. “They treated me like someone who knew how to do things and it seemed good to me. In the end that also helped me to keep trying ”.

Currently, he is studying the degree in Physics at the Complutense University of Madrid (there is an advanced course). It has always been what he has liked the most because it allows him to use a lot of mathematics, but applied to the real world. “You keep your feet planted on the ground. Physics is concrete, it is about problems that you see to a certain extent ”, he details. Another aspect that stands out is that, when they receive the first data, they will already have more training: “I feel that I could do more for the project, more complicated and technical things.” In the future he would like to continue studying until finishing a doctorate, for now, on his way to astrophysics.

See also  Boris Becker 'deliberately keeping trophies that made him a star', court is told