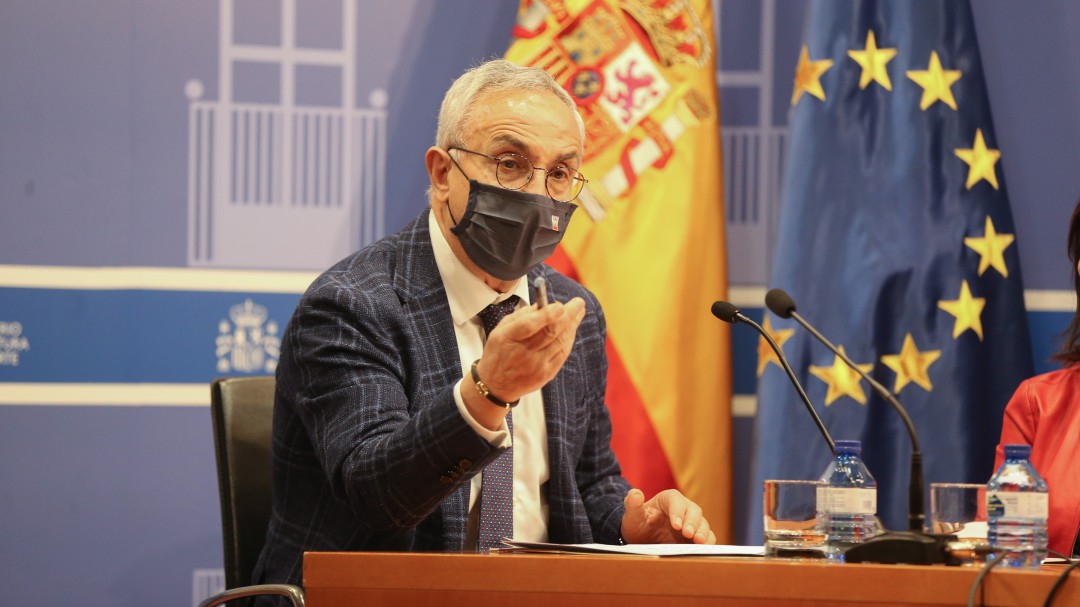 Alejandro Blanco was reelected this Wednesday president of the Spanish Olympic Committee (COE), a position he has held since 2005, with 156 votes in favor and seven blank votes cast by the body’s assembly, meeting in Madrid.

The polling station composed of Juan Antonio Samaranch, first vice president of the International Olympic Committee (IOC), Marcos Rioja, president of the Spanish Fencing Federation, and Victoria Cabezas, general secretary of the COE, confirmed Blanco’s re-election for the fourth time and, as the previous three, unopposed. 68 members of the COE participated in this extraordinary electoral assembly, with a weighted vote. The candidate waived his right to address them for ten minutes in the moments prior to the vote, held behind closed doors.

🔴 Alejandro Blanco has been re-elected as president of the Spanish Olympic Committee for the period 2021-2025.

🔴 It will be his fifth consecutive term since 2005.

Alejandro Blanco Bravo (Orense, 1950) will extend his term until 2025, the year after the Paris 2024 Olympic Games. After his previous re-election in 2016, after the Rio Games, Blanco announced that this would be the last, but a few months, last May, he made public his intention to run again after speaking with assembly members and various leaders of projects that brought about that change before the Tokyo Games.

The improvement of the results achieved by the Spanish team in the Japanese capital will be one of the objectives of Paris 2024. Spain repeated in Tokyo the number of medals of Rio 2016, 17, but in Brazil there were 7 golds and in Japan 3, although the 42 diplomas, in Blanco’s opinion, allow us to dream of an improvement within three years.

In this new mandate, the COE has the prospect of a new winter Olympic candidacy in the Pyrenees, which joins certain signs of interest once again shown by Madrid. A few days ago, with the 30-year prison sentence of the former president of the Brazilian Olympic Committee (COB), Carlos Arthur Nuzman, the capital received confirmation that it lost the organization of the 2016 Games by buying votes for Rio.

In 2022 the COE will receive 3.31 million euros from the general state budgets and faces this mandate with a deficit expected to close this year of 1,071,611 euros, which is not worrying given that since 2016 it has a surplus of more than two million that will cover it. The continuation of the work done in terms of sustainability, accredited with the Certificate of Sustainable Sports Entity aligned with the United Nations Sustainable Development Goals (SDGs), and also integration with the first open world sports center for refugees in Getafe and which carries name.

Alejandro Blanco Bravo has a degree in Physical Sciences from the University of Valladolid, a city to which he moved to train in sports before starting his career as a manager, which led him to preside over the Federation of Castilla y León (1985-1993) and then the Spanish (1993-2005) of Judo, a sport in which he became a 7th DAN belt and served as a coach and referee before going to the offices.