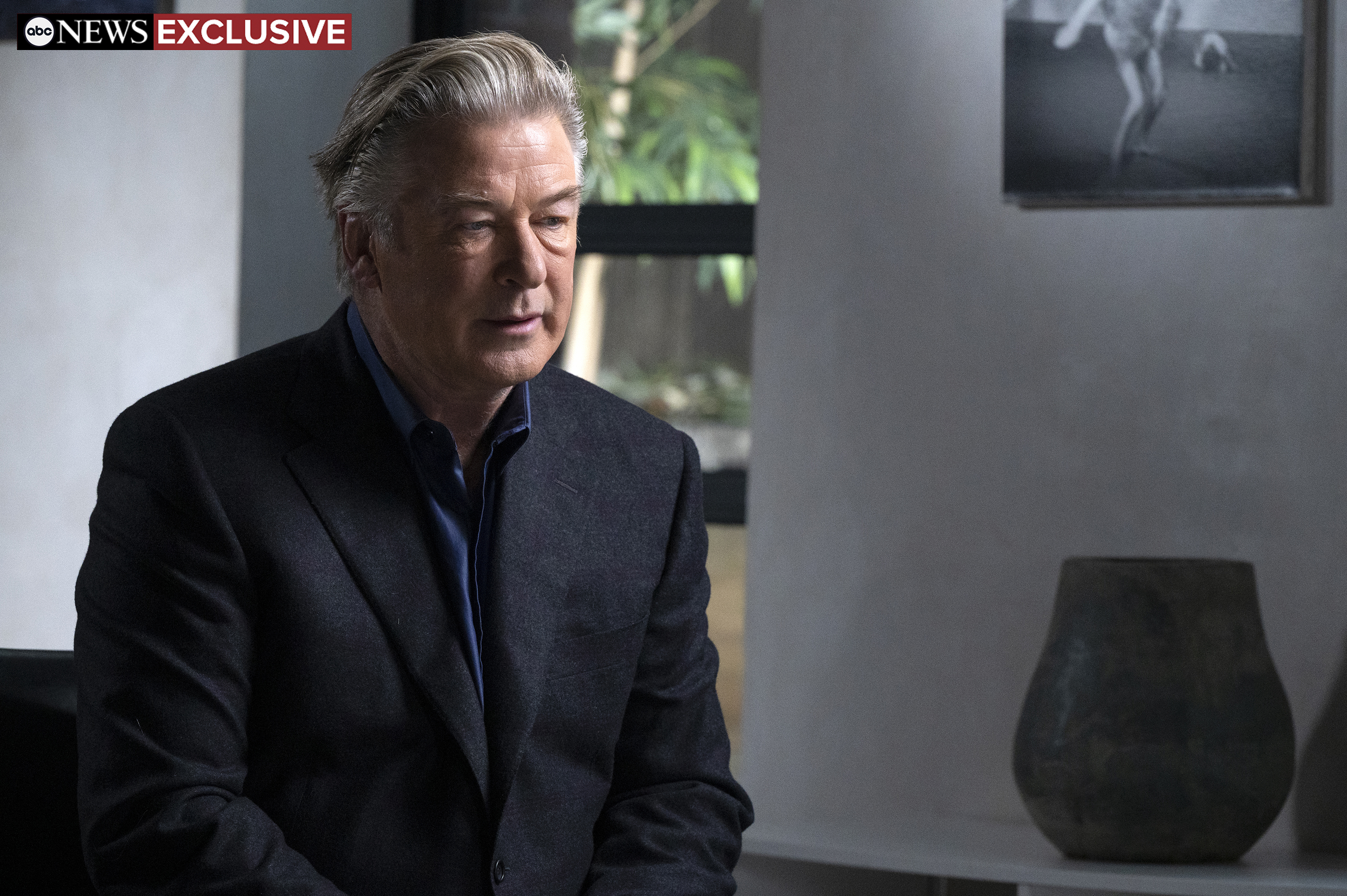 Alec Baldwin does not feel guilty about the death of Halyna Hutchins. “Someone is responsible for what happened, but I know it is not me,” said this Thursday the actor of ‘Rust’, a western who became famous around the world when an accidental shot killed the director of photography of 45 years. “I would have committed suicide if I thought I was guilty, I do not say it lightly,” said the protagonist of the film when breaking the silence in an emotional interview with journalist George Stephanopoulos of the ABC network. In it, where at times he burst into tears, he has defended himself from the role he played in an incident that shook Hollywood and shook the industry. “I did not pull the trigger,” he assured the cameras. “I would never point a gun at someone and pull the trigger, never,” he added. The shot, according to the explanation given to the audience, came after releasing the hammer from the weapon.

For the first time, Baldwin described the events of the morning of October 21, while rehearsing a scene with a Colt revolver in front of Hutchins, who was studying the framing of the shot. “In this scene I’m going to cock the gun,” the actor told the photographer. “I said, ‘Do you want to see it?’ he answered yes. I took the gun and pulled the hammer. I’m not going to pull the trigger. ” The actor readied the Colt revolver and showed Hutchins the move. “Can you see it?” He asked. She asked him to tilt his hand a little more. When he released the hammer the projectile went off. Witnesses have described that the sound was heard as of a whiplash. He believed the filmmaker had passed out. It was until hours later that they informed him that he had died.

Baldwin has stated that the actors are not responsible for ensuring that the weapons present on the sets of the filming are not loaded. The task, according to industry protocols, falls first to those in charge of the armory and later to the production assistant, who must let the members of a scene know that a pistol or rifle about to be used is “cold. ”, According to the jargon of the filming. “I trusted the person in charge of that task when he gave me the weapon … In 40 years that I have been in the business, and until that day, I had not had any problem with that,” said Baldwin, who believes that his career is in danger after the accident. Stephanopoulos asks Baldwin if this incident is the worst thing that has ever happened to him. “Yes, of course. I think what I could have done ”, he replies.

The described events of Baldwin have been corroborated by the lawyer of Dave Halls, the first assistant of Joel Souza, the director of the film, who was also injured by the stray bullet. “Dave told me from day one that Alec did not pull the trigger,” attorney Lisa Torraco told ABC on Thursday. According to Halls’ testimony, Baldwin’s finger was not in the area that triggered the shot but rather along the barrel of the gun. Halls and the tape’s gunsmith, 24-year-old Hannah Gutierrez-Reed, are the only two people who touched the gun before Baldwin secures the Santa Fe Sheriff’s Office investigation.

“There is only one question to answer and that is where the bullet came from,” Baldwin told Stephanopoulos in the talk aired tonight on ABC and on the streaming service Hulu. The protagonist did not speculate any theory about what has been the great mystery of this case, investigated by the New Mexico authorities. The local prosecutor’s office has not yet filed any charges against those involved. “I have no idea. Someone put a real bullet in the gun, a bullet that should not even have been on the property ”, he added.

Baldwin is also one of the film’s producers. You have retained a Los Angeles law firm to assist you with your defense in the lawsuits that have been filed. Police seized more than 500 bullets at the ranch where the filming was taking place. “People who know about this have told me that it will be highly unlikely that I will be charged with criminal charges for this,” said Baldwin.

Serge Svetnoy, a production technician who claims to have assisted Hutchins in his last minutes of life, filed a lawsuit against Baldwin and the rest of the producers in early November for negligence and lack of professionalism. Svetnoy believes that those in charge of the shoot and the gunsmith Gutierrez-Reed did not do everything in their power to respect the security protocols in the filming, which took place on a ranch. The protagonist asserts that he had not heard of any complaints or that he was informed of the tense work environment described by the press, which led six members of the camera crew to stop on the day of the accident. “The idea that someone put a real bullet is unreal,” Baldwin has noted, referring to some theories that the bullet was planted as part of a trap.