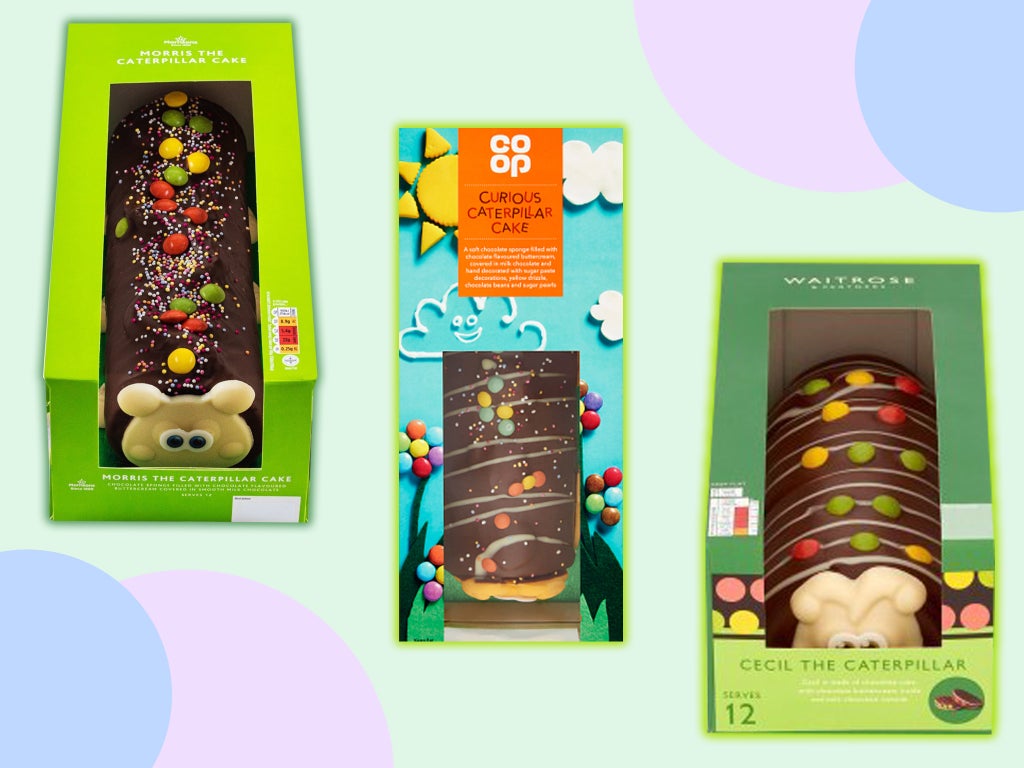 Ever since it first went on sale 30 years ago, M&S’s Colin the caterpillar cake has become somewhat of a British institution.

The chocolatey treat is a failsafe for all ages and occasions, from kids’ and adults’ birthday parties (David Beckham and Dame Judi Dench are big fans), to farewell work dos. In fact, it’s proven so popular that M&S ​​has launched an entire range of spin-offs: Colin got himself a girlfriend back in 2016, Connie, and has since branched out into mini rolls, wedding cakes and seasonal versions for events like Halloween, Christmas , Easter, Valentine’s and Mother’s Day.

But trouble has been brewing for Colin in recent times as its status as the go-to caterpillar cake has come under threat from a bevy of imitators, including Aldi. Last year, M&S launched legal action against the budget retailer, claiming that its cake – called Cuthbert – infringed on Colin’s trademark. However, this week the two rivals called a truth, confirming an agreement has been struck that means Cuthbert will not appear again in quite the same form.

Despite this, Aldi has insisted that Cuthbert will be back. The discounter said in a tweet labeled #freecuthbert: “Getting out early on good behaviour, keep an eye out for Cuthy B this Spring”. while a spokesperson added: “Cuthbert is free and looking forward to seeing all his fans of him again very soon!”

Aldi isn’t the only supermarket to have cottoned on to the celebrity caterpillar’s popularity. A whole host of other grocers have designed their own versions, albeit with different names: there’s Tesco’s Curly, Waitrose’s Cecil, Asda’s Clyde and Morrison’s Morris, to name a few. If all this talk about cake has left you feeling hungry, we’ve rounded up all the different caterpillar cakes you can buy in supermarkets and online right now.

The OG caterpillar cake, Colin is made from a creamy chocolate sponge roll that’s filled with chocolate buttercream. It features a series of distinctive curves – which make it all the easier to cut 10 equal portions – and is covered in a milk chocolate shell.

Feeding a bigger crowd? The supermarket also sells a giant version (£45, Marksandspencer.com) that serves 40 people and can be personalized with an iced message. If Colin’s sold out online, remember you can also pick one up in-store. Click here to find your nearest M&S.

The cake that’s causing all the controversy, Cuthbert is made with chocolate sponge and filled with chocolate buttercream. Like Colin, it has the same distinctive arches and is topped with a hard chocolate shell covered in multi-coloured chocolate beans. The cake also has a white chocolate face with milk chocolate eyes. Cuthbert costs shoppers less, at £4.99, and serves up to 12 people. Owing to its popularity, Cuthbert is often unavailable to purchase online but the good news is you can still pick one up at your nearest store.

Tesco’s caterpillar cake goes by the name Curly and consists of a chocolate Swiss roll that’s filled with chocolate-flavored buttercream. It serves 12 people and is coated in solid milk chocolate that’s sprinkled with a generous amount of colorful sweets and a white chocolate drizzle. Unlike some other versions, Curly’s face is made from orange icing that’s finished with eyes and a round red nose. If Curly is sold out online or you simply can’t wait to get your hands on one, you can find you nearest Tesco store here.

Asda’s Clyde is made from chocolate sponge with a smooth buttercream filling the supermarket claims is “perfect for hungry caterpillars”. It features the same distinctive curves and is coated in solid milk chocolate that’s topped with colorful sweets and sprinkles. Clyde’s face and feet are both made from icing and it serves 12 people.

And if you’re hosting a big party – or just want more cake – you can buy a larger version of Clyde, called the colossal caterpillar cake (£12, Asda.com), which serves 24 people and measures 45cm long. You can also pick up Asda’s caterpillar cake in store – find your nearest supermarket here.

Sainsbury’s clearly missed the alliteration memo and named its cake Wiggles. It’s made from chocolate sponge that’s filled with swirls of chocolate buttercream and comes enrobed in solid milk chocolate. It’s decorated with sugar sprinkles and on-brand orange-coloured chocolate beans, and also features a white chocolate face and feet. It’s one of the biggest in the line-up, serving 14 people. If Wiggles is out of stock online, you can also pick one up at your nearest Sainsbury’s store.

Morris the caterpillar is the brainchild of Morrison’s and is big enough to serve 12 people. Made from chocolate sponge and filled with chocolate-flavoured buttercream, the cake is coated with smooth milk chocolate that’s decorated with chocolate beans and hundreds and thousands. Morris’s face is made from a thin slice of white chocolate and finished with eyes made from icing. Find your nearest Morrisons store here.

Made from a soft chocolate sponge filled with chocolate-flavoured buttercream, Co-op’s version of the caterpillar cake serves 12 people and comes covered in milk chocolate and is hand-decorated with sugar paste decorations, including a yellow drizzle, chocolate beans and sugar pearls . The feet are made from orange icing, as is the caterpillar’s face, which is finished with green eyes and a red nose. Co-ops caterpillar cake can often be hard to find online but, fear not, as if it’s out of stock you can simply head to your nearest store.

For the latest discounts on food and drink, try the links below:

Fancy making your own sweet treats? Read our guide to the best baking booksfrom Mary Berry to Yotam Ottolenghi