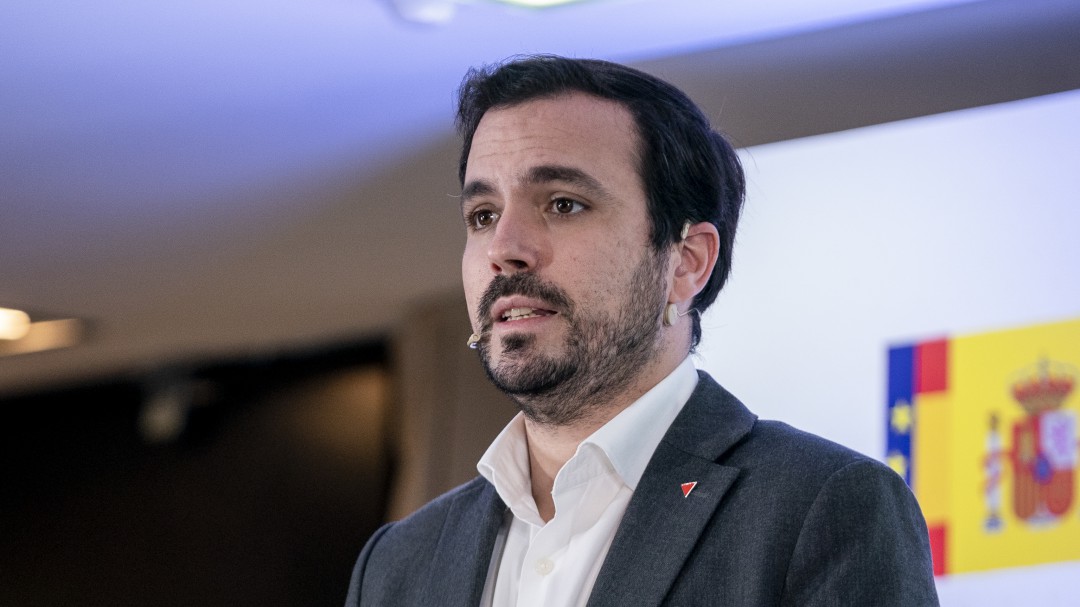 In the last hours, the controversy has grown around the statements of the Minister of Consumption Alberto Garzón in the British newspaper ‘The Guardian’. In the interview, Garzón assures that the meat produced in Spanish macro-farms and then exported to other countries is “of poorer quality”, “contaminates” and also uses “practices of animal abuse”. In the transcript of the interview, Garzón distinguishes between industrial and extensive production, which is sustainable. Therefore, it does not refer to the whole of the sector. However, the main opposition parties have not hesitated to ask for the resignation of the minister, in addition to the meat employers. The socialist wing of the Government has assured that it is a “personal opinion” that does not represent the whole of the sector. Alberto Garzón has gone through the microphones of Cadena SER, in ‘Hora 25’ with Aimar Bretos.

Garzón’s words in ‘The Guardian’

I do not regret anything I have said. We are very happy with the line of action we have, we are aligned with the European strategy.

Originally what we have is a hoax, we have a company firstly linked to the lobby of the meat companies that distributes it to the rest of the companies to generate that, a hoax, spread it and try to deteriorate the image of the adversary. They became a ball, people who are against a part of the Government joined and they put the partisan fight before.

I suppose there are different areas, but we aspire to translate scientific evidence into public policies. And the scientific evidence is universal. Our decisions are based on data, on research actors and that is what we have done. If they invite me to that interview it is because in the United Kingdom there is an interest in knowing what we are doing.

I believe that what I said and which one I said is impeccable. I do not innovate anything. What I do is translate what has been translated from science. Industrial livestock, unlike extensive farming, we all know how to recognize this, that is the one that is sustainable, the other type alerts the European Commission, excessive amounts of chemical products are used, pollutes, produces labor problems, displaces traditional livestock , emission of greenhouse gases, Europe opened a file with Spain for excessive level of nitrate pollution. We are not only facing a Spanish problem.

On the possible consequences for the sector

I have no fear. All countries are finding themselves in the same situation. All farmers know that the quality of the extensive production is not the same as the macro-farm model, which is a model in which the animal cannot move, they are fattened with drugs until the time of slaughter. This type of meat does not have the same quality and that is independent of the place where it is being produced. What we do is align ourselves with traditional livestock.

What we have are guidelines from the European Commission. It is the European Commission that has asked us to do this. In some Autonomous Communities, half of the lands are contaminated, the governments do not have to hide the problems, the courageous policy in which I believe faces them. For example, we approved a decree so that the extensive products are sold faster.

On the differences in the coalition

It is clear that I am against macro farms. My statements are as Minister of Consumption, dealing with the competencies of the ministry. That does not mean that we are in a coalition government and there are differences. It is consistent with European policy and with the policy that certain autonomous communities are leading. There are presidents who have come out to criticize me, with the hoax, putting party interests first, and they are presidents of communities that have made laws to end macro-farms.

See also  What were the allegations in Virginia Giuffre's lawsuit against Prince Andrew?

I normalize it a lot. We are in a coalition government. We have a programmatic agreement to complete the legislature. We are complying, but that does not mean that there is homogeneity. There has been a misinterpreted hoax on the right that has been used by actors who are not very comfortable. I don’t give much importance to it.

I have spoken with Moncloa, there are differences of opinion that must be normalized. I have not spoken with the president, I have spoken with the Secretary of State for Communication, who is the one who tries to correctly coordinate these types of situations. I know that Yolanda Díaz and the Prime Minister have spoken, I don’t know the content. We are carrying out a policy that sometimes may or may not coincide with the socialist wing. Yolanda and I have talked and Yolanda has come out to defend what is drawer. It is drawer today, but it will also be in a few years and this type of message will be standardized. This type of discussion would have no place in other countries where these processes are much more entrenched.

The meat sector puts pressure on the Government, but it is not exclusive to them. Politics is like that. Lobbyists try to influence the rules to better suit their interests. I have not spoken with Luis Planas. We had a similar controversy in the summer and we talk about these issues normally and we are closer than people might think. We are clearly aware that the agri-food model has to change and promote extensive, family farming.

I make these types of statements because it is my responsibility. What has happened in this case is that a hoax has been built that has its origin in social networks. Manueco used that information because it interested him. The President of Asturias has put this search for the truth before partisan interest and has praised extensive cattle ranching, which is exemplary. Whoever seeks to attack the Government using any weapon is not our responsibility.