Skip to content
Home News Alberto Fernández: The Argentine president surrounds himself with the old South American left to celebrate the halfway point of his term | International 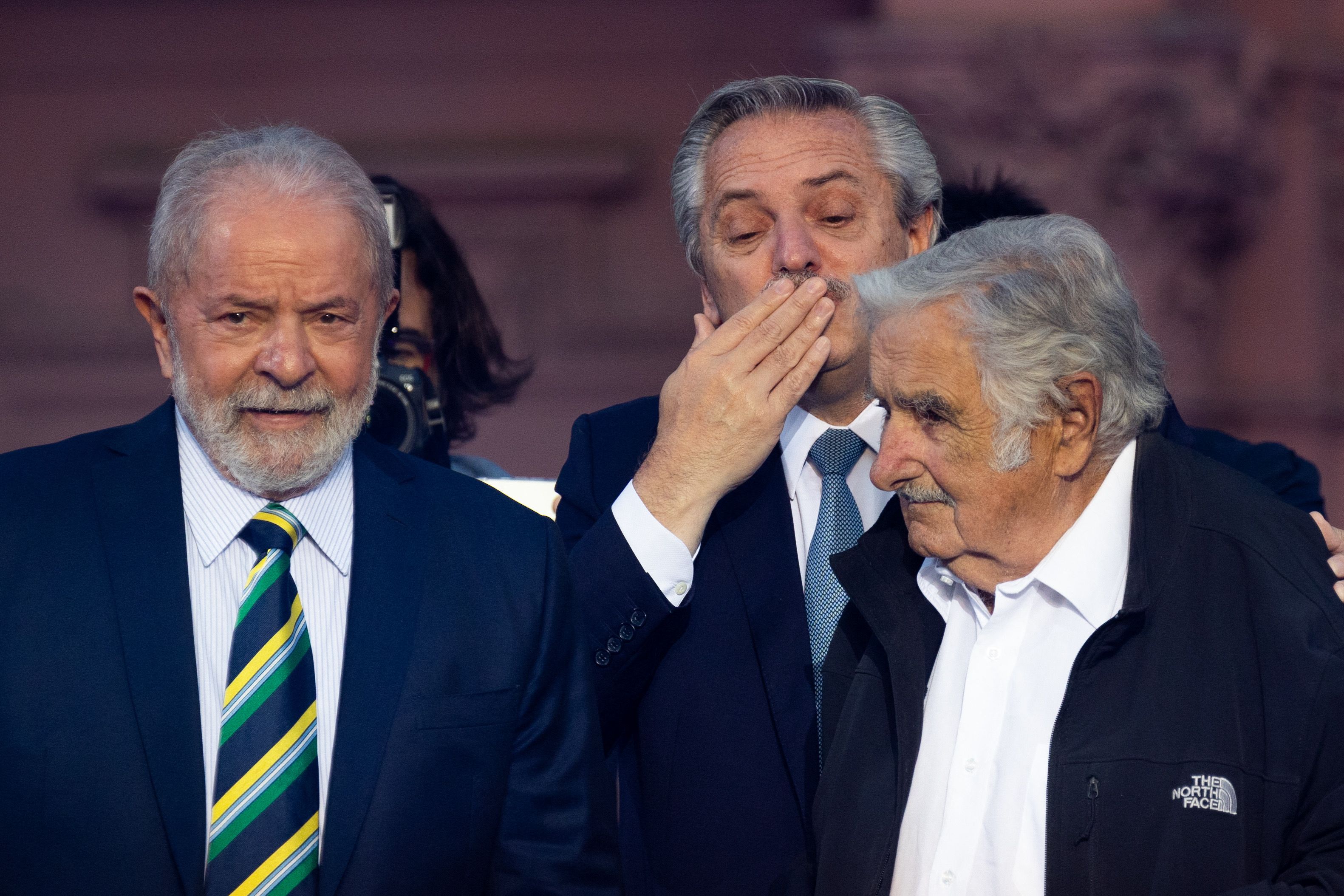 Alberto Fernández turned the 38th anniversary of Argentina’s return to democracy into a massive celebration in support of his Government two years after his inauguration as head of state. Accompanied by his vice president, Cristina Fernández de Kirchner, and the ex-presidents of Brazil Luiz, Inácio Lula da Silva, and Uruguay, José Mujica, Fernández thanked the presence of human rights leaders and thousands of Peronists in the Plaza de Mayo and He promised to improve the battered purchasing power of Argentines in the second half of his term.

“Tens of thousands of Argentines who gave their lives were disappeared, tortured. For the memory of all of them, let’s take care of our democracy, let’s defend tooth and nail, ”Fernández said in the first minutes of his speech, on a stage set up in front of the Casa Rosada. Before him, Mujica, Lula and Fernández de Kirchner had also stressed the importance of taking care of democracy in a continent where half of its population is disenchanted with this political system.

Without the presence of the opposition, which has criticized the cost of the public act, the Fernándezes attacked the management of former President Mauricio Macri, the media and the Justice for what they consider to be a judicial persecution against Lula and the vice president. “I am with you, Cristina, because I know of your innocence and honesty,” said the president to his second after having expressed his support for Lula in the face of future elections in Brazil.

The Argentine president tried to draw a brighter future than the present, marked by the country’s tough economic situation after three years of economic crisis aggravated by the covid-19 pandemic from which he is just beginning to recover. “I promise you that next year I will do everything in my power so that the distribution of income improves and that profits do not remain in the pocket of just a few,” said the Argentine president.

Delivering on this promise is complex. It depends not only on the government’s ability to stabilize the country’s complex economic situation, but also on the ongoing negotiation with the International Monetary Fund (IMF) to restructure the $ 45 billion debt contracted during the Macri government. Argentina is forced to reach an agreement in the coming months because it cannot face maturities of 19,000 million dollars in 2022.

“The IMF has lived by conditioning Argentine democracy,” the vice president warned, recalling the adjustment plans promoted by the international organization in previous crises in the South American country. “Now we have them back inside. Notify yourselves, libertarians, that they are going to come to us to control the accounts, “he added.

The optimistic tone of the Peronist Executive clashes with the projections of many economists. Most assume that inflation will accelerate in 2022 and will be even higher than this year, which will be around 50%. Growth, meanwhile, will slow down after the recovery of close to 7.5% in 2021 after the historic 9.9% drop in 2020, the hardest year of the covid-19 pandemic.