Skip to content
Home News Alberto Edgardo Barbieri: The rector of the University of Buenos Aires: “Free tuition is the most positive State policy that Argentina had in 70 years” | Education 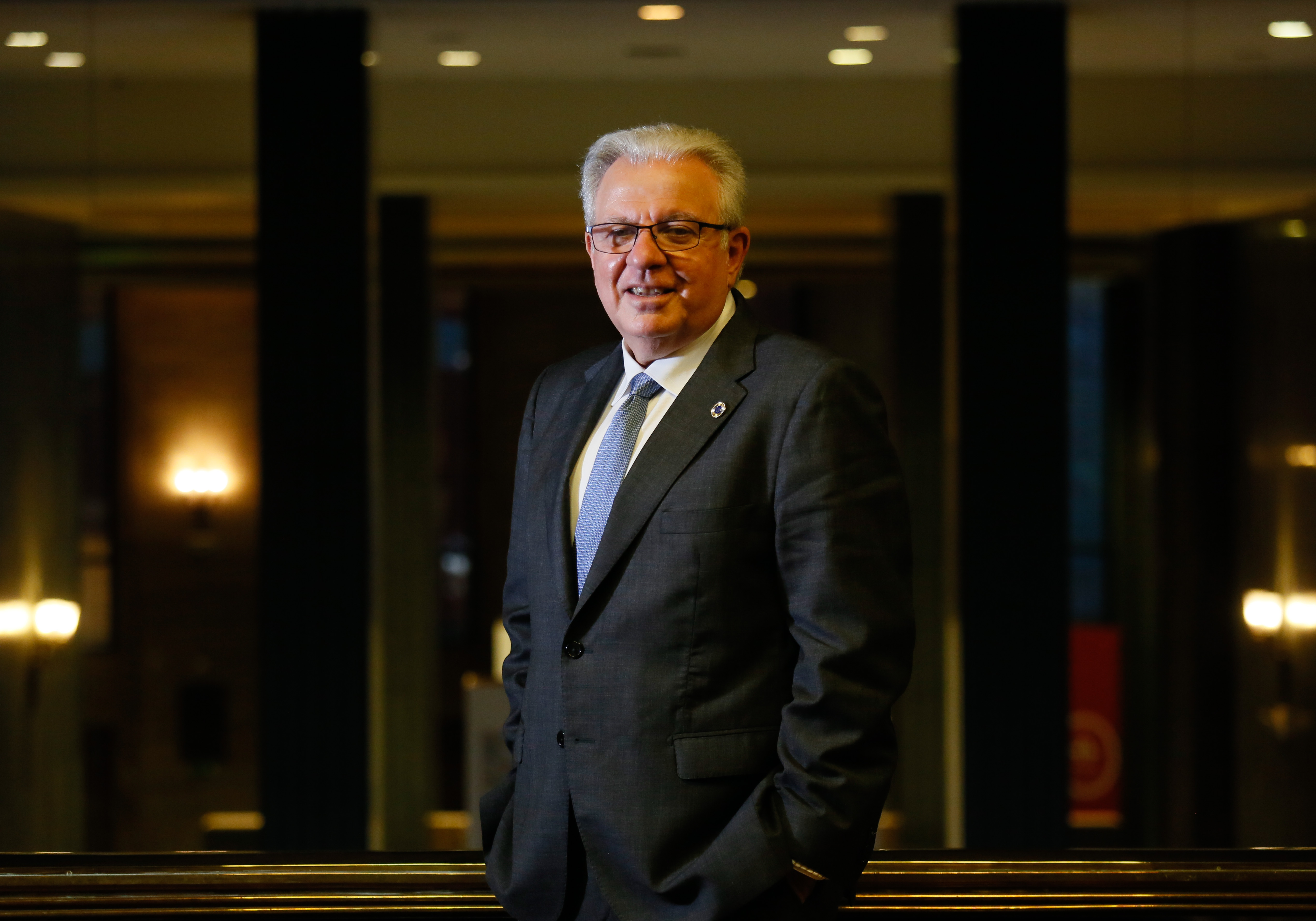 The Instituto Cervantes offered the University of Buenos Aires (UBA) to honor the 200 years of his birth by keeping a book in its Caja de las Letras. And, although great world-famous writers have passed through its classrooms – such as Borges or Cortázar -, its rector Alberto Edgardo Barbieri (66 years old) has chosen to close in Madrid a first edition of Never more, a document signed by the commission that investigated the forced disappearances ―many of UBA professors and students― during the military dictatorship (1976-1983) and that this university published. “Never more it is a legacy of memory, truth and justice ”, justifies the rector, former dean of Economics, at the institute’s headquarters in Madrid.

Barbieri, who has just met in Paris with the president of France, Emmanuel Macron, is heading one of the three great universities in South America, along with São Paulo and the Autonomous University of Mexico. A gigantic machine with 335,000 undergraduate students – the Complutense de Madrid, the largest in Spain, has 51,000 -, more than 35,000 graduate students, 35,000 teachers, more than 10,000 researchers, almost 100 research centers.

After holding this interview, the Superior Council of the UBA almost unanimously rejected the General Budgets for 2022, which cut funding for education in Argentina by 6.2%, which accumulates a 32% drop in six years. A decline that is, in fact, much greater due to the country’s runaway inflation. According to the institution, this puts the operation of its six hospitals at risk. “The current project sent by the Executive Power would not even be enough to face the payment of salaries of teachers and non-teachers,” said the University Federation of Buenos Aires (FUBA) in a statement. Barbieri, on the other hand, prefers not to comment in this newspaper while the negotiations continue. The UBA does not have the option of collecting with university tuition because in Argentina these are free in public centers, both for nationals and foreigners. There is also no entrance exam, everyone studies what they want if they pass the first Basic Common Cycle, a demanding first year in which critical thinking is encouraged.

See also  Kirby and the Forgotten Land: Release date, where to buy, new trailer and more

Question. In Spain, the free university is on the table, as has happened in Argentina since 1949 when Juan Domingo Perón established it. Wouldn’t it make sense for wealthy students to pay for scholarships to those who don’t have?

Answer. Not all countries they have the same institutional, cultural, political and economic reality and, therefore, the model is not fully transferable. In our country, the non-tariff, free registration, was the most positive State policy that Argentina had in the last 70 years. For the dictatorship or Peronism it became a national heritage. No one, except for some extremes, occurs to argue that gratuity was the main engine of upward mobility. The problem is that the way in which taxes are being paid is being distorted and, sometimes, it is not those who have the most who pay the most. The tax system must be changed, but not the financing system, which is an important engine for the less protected social classes to reach university in a country with high poverty rates. [que alcanza al 40% de la población según el Instituto Nacional de Estadística y Censos]. 45% of our students are still the first university generation of the family and can go on to study thanks to the no-fee.

P. It is surprising that foreigners do not pay undergraduate tuition (yes postgraduate degrees), when a non-EU member in Spain pays the entire fee, while a Spaniard without a scholarship pays around 20% of the cost of studies, the rest is taken care of by the State.

R. We are a country, our history says, that we seek immigrants and our Constitution indicates that anyone who lives in our country has the same rights as someone who was born abroad. We respect that accordingly, it goes beyond the university system. We have conducted studies –the Government of the city of Buenos Aires asked us– regarding the economic impact and it is totally positive. In 2019, 92,000 foreign students came to the UBA and other universities in the city, spending an amount representing 0.92% of GDP, 600 million dollars. [527 millones de euros, unos 5.700 euros por alumno]. At the UBA we have half of those students. If they gave us those millions, that is much more than we have in general budget. Furthermore, when there are people from different origins in a classroom, the cultural heritage is enormous, a totally positive intangible asset for training.

The first exchanges of the UBA with France date back to 1920, when there was no talk of student exchange

P. In France the community of Latin American students is huge. Is Spain doing things wrong so as not to attract them?

R. That is beyond me. Argentina with France has a historical relationship comparable to that of Italy and Spain. Very strong, culturally, academically and scientifically. The first exchanges of the UBA with France date back to 1920, when there was no talk of student exchange. There are many Argentine teachers in the three countries, which facilitates this exchange. Anyway, we feel very comfortable in the relationship with Spanish universities.

Funding sources must be sought in cooperation organizations in other countries

P. What did you deal with the president of France?

See also  'Sadistic' girl, 16, and friends 'laughed as they tortured doctor to death in park'

R. We were talking about our UBA-Europe program, which has several objectives coinciding with those of Macron for 2030. Environmental: on the preservation of forests, the oceans, especially the South Atlantic, Antarctica … On health issues, such as systems for the detection and management of future pandemics, the development of vaccines … And we are talking about technological transformation, about what has to do with satellites, artificial intelligence …

P. Is the UBA underfunded? Spanish universities have not yet returned to the 2009 budgets.

R. State financing, according to the economic situation, covers what it can cover. For this reason, alternatives must be opened by searching for sources of financing for strategic projects in cooperation organizations in other countries. There are projects funded by the European Union that seek to strengthen relationships in networks and we try to partner.