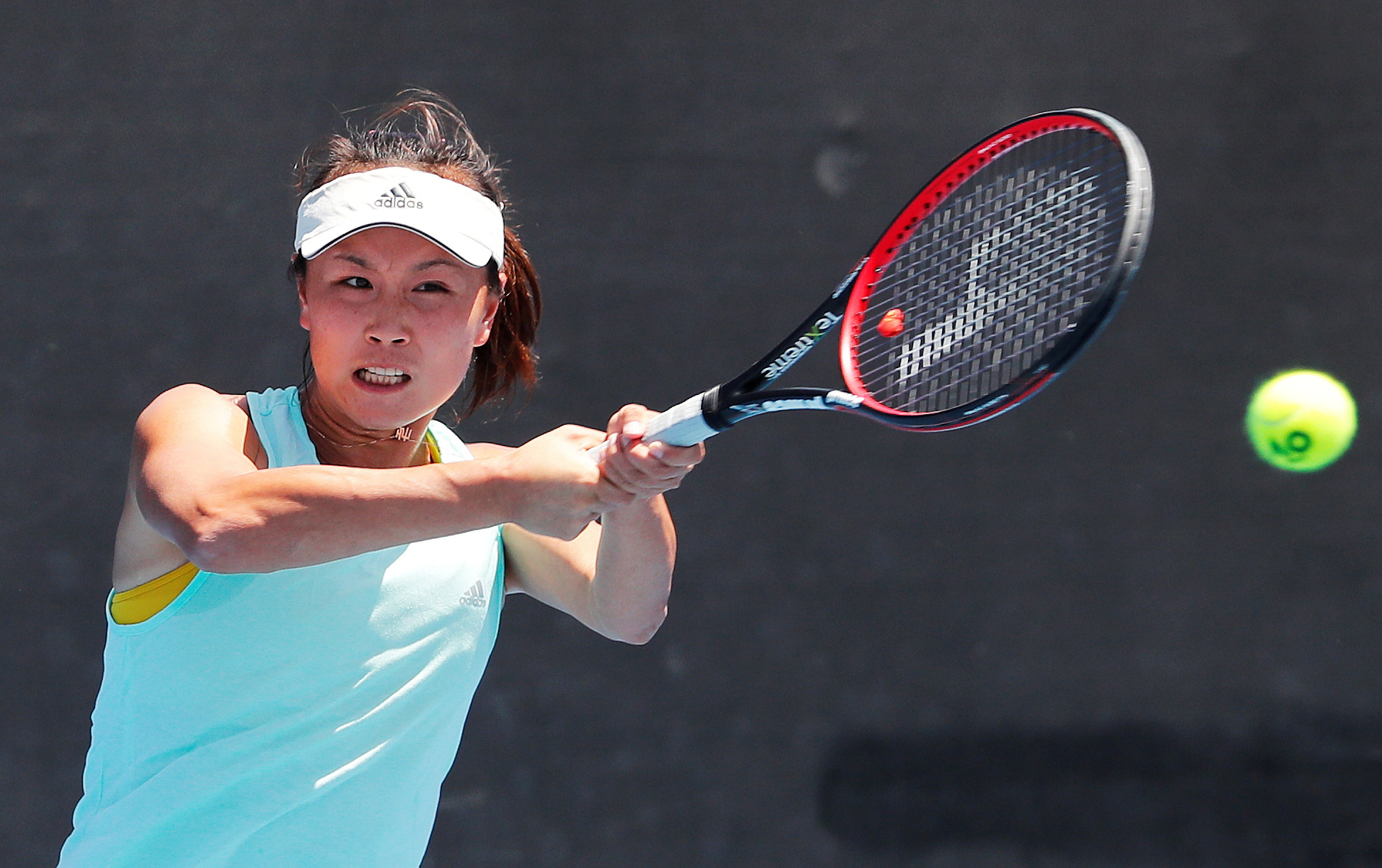 Where is Peng Shuai? And under what conditions? The elite Chinese tennis player, a former world number one in the doubles category, has not been seen in public since two weeks ago her Weibo (Chinese Twitter) account published a complaint of sexual abuse against a former vice premier, Zhang Gaoli. That, amid growing calls from the international tennis community to find out his whereabouts, the Chinese public television CGTN has published an alleged e-mail of him in which he assures that he is “fine” has not served to calm the spirits. Without images or more data on the 35-year-old athlete, the message has fueled new conjectures.

“Hello everyone, I am Peng Shuai,” begins the email addressed to Steve Simon, president of the Women’s Tennis Association (WTA), adding: “I am not missing or in danger. I have just been resting at home and everything is fine. Thanks again for caring about me. “

The email assures that the news published about her, including the complaint of sexual violence, “is not true”, and asks that if the WTA disseminates information that alludes to her, first go to her to verify them. “As a professional tennis player, I thank you for your company and consideration. I hope to promote Chinese tennis with you if I get the chance in the future. I hope that Chinese tennis is getting better and better. Again, thank you for your consideration ”, he concludes.

But Simon, who had expressed concern about what the situation of Peng could be after his complaint, stressed that the alleged message of the tennis player only “increases” his fear for what may have happened to him and for his safety. He also points out that he has tried to contact her in various ways, without ever succeeding. “It is hard to believe that Peng Shuai wrote that email that we received, or that it can be attributed to her. Peng showed great courage by writing his complaint of sexual abuse against a senior Chinese government official. The WTA and the rest of the world need credible proof that she is safe and sound. “

It also calls for Peng to speak “freely, without coercion or intimidation of any kind. Their complaint must be respected and investigated in a completely transparent and unrestricted manner ”. “Women’s voices must be heard and respected, not censored.”

In previous days, other personalities from the world of tennis had publicly expressed their concern about the whereabouts of the athlete and demanded guarantees about Peng’s safety. The last of them, the former world number Naomi Osaka, who through Twitter assured that “censorship is never OK in any case. I hope Peng Shuai and her family are safe and sound. ” “I am shocked by the current situation and I send love and light to her,” she added.

The state television network has not broadcast Peng’s message on Chinese social media, where information about the athlete continues to be heavily censored since her complaint appeared. That message, in turn, disappeared within hours of being published.

Human rights organizations have also expressed concern about the tennis player’s whereabouts. They point out, among other things, that the language used by their supposed email and the absence of details evoke other previous cases of disappearances in China. Among them were five Hong Kong booksellers forcibly taken to mainland China for arrest, the famous Uighur musician Abdurehim Heyit, who was rumored to have died, or the actress Fang Bingbing, wanted for tax evasion. In those cases, when rumors about the whereabouts of those affected gained international force, the “disappeared” issued a statement or appeared on video to ensure that they were well. In all cases, the disappeared were in the custody of the Chinese authorities.

“Peng Shuai’s latest statement, released through Chinese state media, should not be believed at once. The Chinese government has a long history of arbitrary arrests of people involved in controversial cases, in which it controls the ability to [los arrestados de] speak freely and force them to make forced statements. Until Peng Shuai is free, it is up to the Chinese government to show that she is not detained, ”said William Nee, of the organization China Human Rights Defenders (CHRD), in a statement.

Peng’s complaint is by far the most scandalous filed since the beginning of 2018 of the Me Too movement in China: the tennis player, number 189 in the world, is a celebrity in her country and Zhang, 75, was one of the most powerful men in China from 2013 to 2018, when he retired: he was one of seven members of the Standing Committee, the highest command body of the Communist Party.

In the comment posted on Peng’s Weibo account, and according to the screenshots that still circulate – most of them, on social networks outside of China – the tennis player accuses Zhang of having invited her to her house with the excuse of playing tennis. tennis with him and his wife, and having ended up raping her while his wife stood guard at the door.

Peng acknowledged that he has absolutely no evidence to prove his allegations. “It has been impossible to get any. There is no audio or video recording, just my experience, distorted but very real ”. And he adds that “someone of his level and power, Deputy Prime Minister Zhang Gaoli, will say that he is not afraid.” “But even if I am like an egg crashing against a rock, or a moth heading towards the fire, risking my own destruction, I will tell the truth about what happened,” he says.