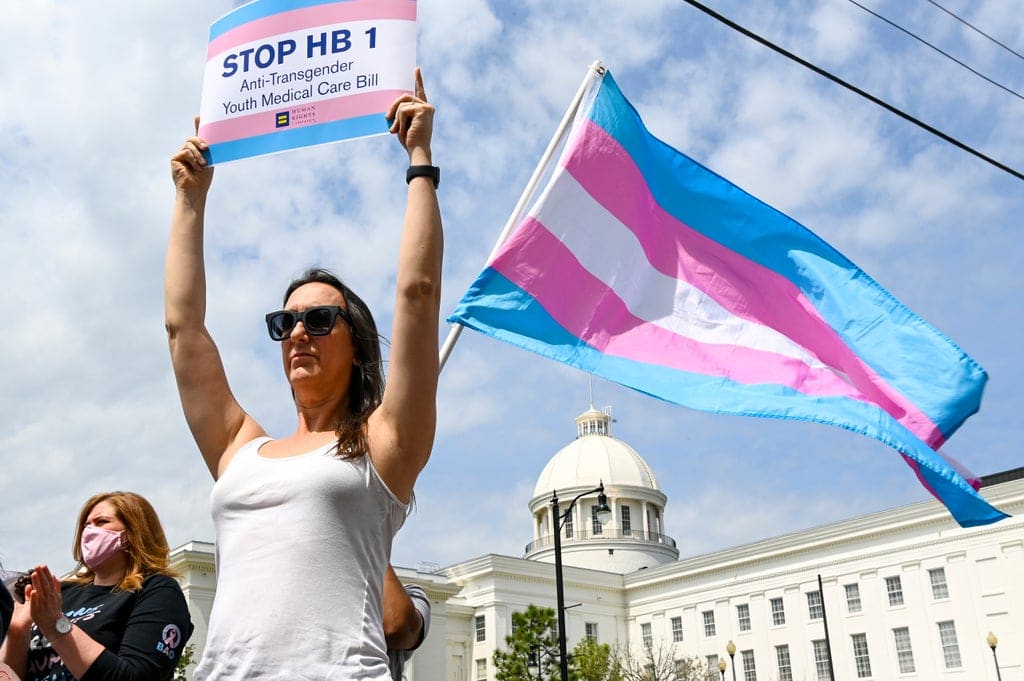 Alabama trans youth are facing a pair of anti-LGBTQ bills in their state that advocates say could make it effectively impossible for trans drivers under the age of 19 to receive a license.

There’s been an avalanche of anti-LGBTQ legislation pushed across US states in recent months.

South Dakota barred transgender girls from participating in sport. Idaho legislators might pass a bill that makes providing gender-affirming care punishable by up to life in prison. In Alabama, legislators are set to vote on “Alabama Vulnerable Child Compassion and Protection Act” this month, a bill that would outlaw doctors from offering gender-affirming care to trans minors under the age of 19.

If passed, the bill would make treatments like hormones and puberty blockers a felony in the state, and medical providers could face prison time and a fine of $15,000 (£11,333).

The double drivers’ license bind that would be created from the passage of SB 184, as it’s known in the Senate and is awaiting a hearing in the Alabama House after passing in the former with a 24-6 margin, stems from another piece of anti -trans legislation in the southern state.

In that piece of legislation, a trans person in Alabama must undergo gender-affirming surgery before they can apply for a license from the Motor Department of Vehicles (DMV) with a gender that correctly matches your identity.

This law, though the US District Court for the Middle District of Alabama ruled in January 2021 that the policy was unconstitutional, is currently being challenged in the 11th Circuit Court of Appeals.

TheDailyBeast reported on the story of the trans woman at the center of the trial, who has been fighting to have a license that matches her identity for years. The trial, which heard oral arguments last week, marks the first time a US federal court of appeals has considered the right for trans persons to have licenses that align with their lived identities.

Advocates worry that the combination of these two bills will put a severe burden on trans youth in the red state.

“We can’t get an ID that allows us to navigate the world safely unless we get some form of health care. And then we can’t get access to health care because they literally want to make it a felony,” Gabriel Arkles, senior counsel for the Transgender Legal Defense and Education Fund (TLDEF), told the TheDailyBeast.

There’s also growing concern about how these policies will be interpreted. As Mr Arkles pointed out in his interview with The Daily Beast, the DMV requires trans drivers to provide a letter indicating the doctor has “performed complete and irreversible gender reassignment surgery upon this person”. The language, he points out, is vague and then leaves the determination of all trans people seeking a drivers license in the hands of DMV employees, attempting to parse out whose gender-affirming surgery is “complete”.

Further adding to this strain is the addition of SB 184, which will ban gender-affirming care for those under the age of 19. And while trans people are legally permitted to drive with an uncorrected license in the state of Alabama, the risks associated with that kind of choice typically outweighs the inconvenience.

A survey from the National Center for Transgender Equality found that 32 percent of trans people surveyed who had used IDs that did not match their lived gender had suffered either harassment or attack. And in a recent study from the Lancetresearchers found that those who had the ability to change their name on personal documents (driver’s license, birth certificates, passports, etc.) were 25 percent less likely to consider taking their own lives.