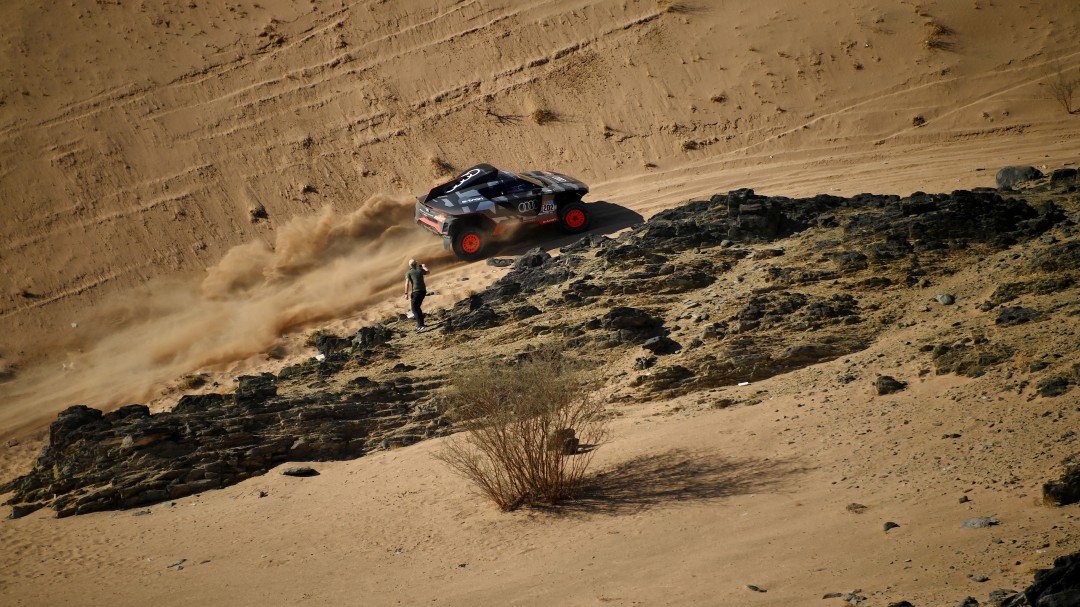 The Qatari Nasser Al-Attiyah (Toyota) did not hesitate in the navigation, which made the Spaniards Carlos Sainz and Lucas Cruz (Audi) lose themselves, and he also prevailed on the second day of car racing in the Dakar, already surpassing in the general in 12 minutes and 44 seconds his main pursuer, the French Sèbastien Loeb (Bahrain Raid Xtreme).

Of the candidates for victory, only the Frenchman, together with his co-driver, the Belgian Fabian Lurquin, were able to respond to the dominance of the Qatari on a first day of real competition in which the sixth checkpoint, 280 kilometers from 334 timed, it wreaked havoc first on motorcycles and later on cars.

With these three riders already at the finish line, Sainz and Cruz are still lost trying to find the control point and could lose more than two hours on the second day. Bad day for Audi as his partner, Frenchman Stéphane Peterhansel, said goodbye to all his options after breaking the car’s rear suspension at kilometer 153.

Austrian Daniel Sanders (Gas Gas) also won on the second day of motorcycle competition at the Dakar, this time with a longer timed (special) stage, of 334 kilometers, in which he took the lead of the times since The first checkpoint was not lost and he surpassed Chilean Pablo Quintanilla (Honda) on the stage by 2 minutes and 7 seconds. A day in which the rest of the favorites were left more than 30 minutes, with the current champion, Argentine Kevin Benavides (KTM), finishing 34 behind Sanders.

The day was decided from kilometer 200 to 280. The organization already warned that this Sunday’s special did not have great technical difficulties, but it did have navigation; and motorcycles were the first to suffer them. Sanders took advantage from the beginning and did not let go. Of course, until the fifth checkpoint he did not open a gap with respect to Quintanilla (47 seconds). From kilometer 200 to 240 the first difficulties were already encountered.

Only in those 40 kilometers, Sanders lost 30 seconds: the British Sam Sunderland (Gas Gas) 48; Benavides 1:40 minutes and the Spanish Joan Barreda (Honda) 2:10. But the real sieve came in the next 40s.

Only Sanders and Quintanilla were able to find the control point that, for four editions, it is no longer worth passing 800 meters and you have to do it at 300 meters to be able to move forward without a great time penalty. The favorites, removing the Austrian and the Chilean, began to walk around without finding him, suffering significant losses of time in only the second day of competition. “I am going to defend navigation,” said David Castera, Dakar director, in a talk with Spanish media, including EFE, weeks before starting the competition. And he did.

Sunderland lost 11 minutes and 25 seconds at that point; Benavides, current champion of the category, allowed 30 minutes; while Barreda fell to 39:48 minutes compared to Sanders and left Lorenzo Santolino (Sherco Factory) as the best Spaniard in the special, finishing in fifth position at 10 minutes and 4 seconds; equaling his best Dakar result.

First real fire and first screening in the 44th edition of the Dakar that leaves Sanders more leader, at the controls of the motorcycle of the Spanish team Gas Gas, with the Austrian brand KTM behind, and Quintanilla as the only real pursuer waiting for the next difficulties surprise again.