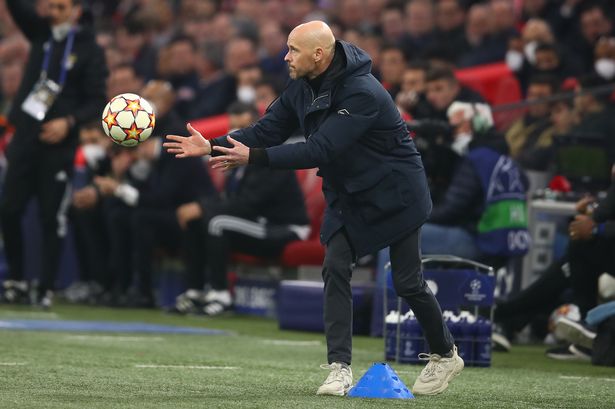 Few clubs in Europe have a stronger reputation for development than Ajax, but although Manchester United famously proved otherwise, it’s rare for teams to reach the pinnacle without the right blend of youth and experience.

The principles at the Amsterdam ArenA are clear and the club’s supply chain of talent coming through its academy has rarely dried up. When they came within seconds of the Champions League final in 2019 three of the stars of that squad were Matthijs de Ligt, Donny van de Beek and Frenkie de Jong, all homegrown products who enhanced their reputation and earned moves elsewhere.

That faith in youth and a philosophy to play exciting, attacking football is what makes Erik ten Hag such an attractive proposition for United, with the 52-year-old impressive during an interview for the managerial job earlier this week.

Ten Hag spent two years working in Munich alongside Pep Guardiola, taking charge of Bayern’s B team, and many of his ideas stem from that period. On their day this current Ajax side are one of the most enterprising in Europe and their surprise exit from the Champions League to Benfica last week is a shame for neutrals who value entertainment.

But much of the success Ten Hag has enjoyed in Amsterdam has come about because he’s got the alchemy right. The Dutchman has slotted into a structure at Ajax that sees him as head coach, but he’s embraced a transfer strategy that has identified what the club has been missing.

It’s an approach that differs from what United set out to do under Ole Gunnar Solskjaer when Ed Woodward trumpeted a “cultural reset.” While United targeted players in their mid-20s or younger, Ten Hag has valued bringing experience to Ajax to complement the youth already at his disposal.

Rather than raising eyebrows at Old Trafford, that transfer market record should be a complement to Ten Hag and his eye for building squads. He isn’t wedded to signing older players, but rather spotted that as being what Ajax needed to go to the next level.

Since the summer of 2018 Ajax’s most prominent signings have tended to be experienced players, those with little resale value but footballers who will help the younger generation develop and improve. It’s been successful on the pitch, given Ajax ended four years without the title in 2018/19, won it again in 2020/21 and are two points clear this season, with the 2019/20 season curtailed when they were joint top.

In 2018 Ajax signed Daley Blind and Dusan Tadic, two players who are now 33 and 32 but have been outstanding for the club and remain important first-team regulars. In 2020 they signed Davy Klaassen to play in midfield and Maarten Stekelenburg to add experience to the goalkeeping unit.

Then last summer in came Steven Berghuis, joining from fierce rivals Feyenoord at the age of 29 and making a considerable impression at the club.

Berghuis, Tadic and Blind all started the 3-2 win over Feyenoord at the weekend, but alongside them were players like Jurrien Timber (20), Noussair Mazraoui (24), Lisandro Martinez (24), Edson Alvarez (24), Ryan Gravenberch (19) and Anthony (22). Striker Sebastian Haller, another expensive recruit from West Ham, is the only outfield player in that starting XI aged between 24 and 30.

That balance has worked well for Ajax and the younger players have improved and seen their value increase as a result. Ten Hag clearly knows how to build a team.

He will need to bring those skills to Old Trafford if an impressive interview leads to him being offered the job. United have experience in Cristiano Ronaldo, players at their peak in Bruno Fernandes and Raphael Varane and youthful talents such as Jadon Sancho, but the balance hasn’t been right this season.

In Amsterdam, Ten Hag has shown he knows how to build a squad. Those skills will be absolutely essential in Manchester.