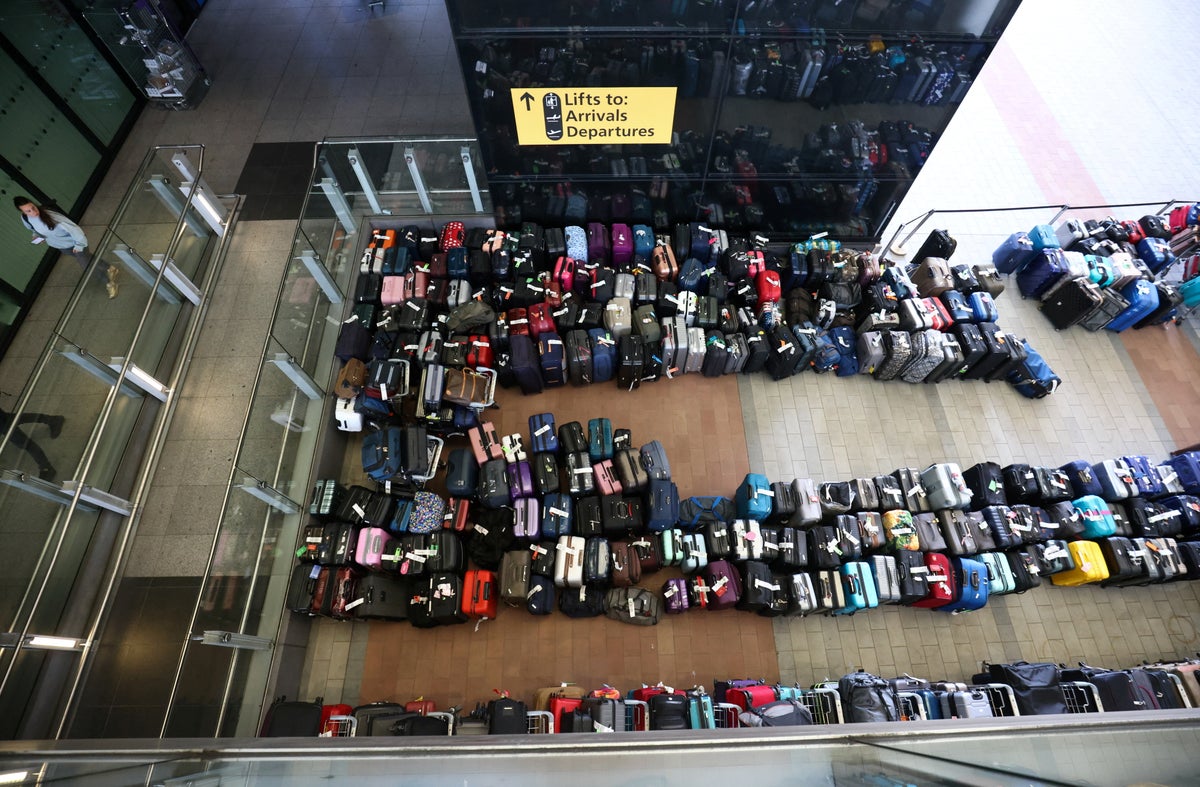 Britons have been warned to brace for a summer of “massive disruption” after British Airways ground staff voted in favor of strike action at the carrier’s Heathrow hub.

But despite warnings of a looming crisis, photographs taken on Sunday in at UK airports appear to show the country’s travel hubs already in the eye of the storm.

The images showed mountains of bags cordoned off by ground staff at Heathrow terminal 2, and passengers being forced to sleep on the floor of Manchester Airport.

Complaints regarding enormous queues at both airports were flooding Twitter, with one user describing the scenes at the former as “chaotic”.

The incoming strike action will involve an estimated 700 workers, which the GMB Union said was “likely to be during the peak summer holiday period”.

“Holidaymakers face massive disruption thanks to the pig-headedness of British Airways,” it said.

Meanwhile, No 10 said further strikes will “only add to the misery being faced by passengers at airports”. A spokesman promised “to look at what contingency measures BA could put in place” to get around the action.

The current airport chaos, which has seen flight delays and cancellations, is “completely to do with Brexit”, the boss of the Ryanair airline said earlier this week.

Michael O’Leary said Brexit has been an “abject failure” and claimed labor shortages were behind the disruption at UK airports – adding: “This government couldn’t run a sweet shop.”

It came in response to remarks made by transport secretary Grant Shapps, who denied Brexit was to blame for ongoing travel woes, instead accusing airlines of “seriously overselling” flights since the Covid pandemic.

Asked about the minister’s comments, the outspoken Ryanair chief executive told SkyNews: “It’s completely to do with Brexit. A lot of these pinch points would be solved very quickly if we could bring in European workers.

“We are hide-bound and hamstrung by a government so desperate to show Brexit has been a success, when it’s been an abject failure. It won’t allow us to bring in EU workers to do these jobs.”

He added: “If we can’t attract people to do those jobs, like baggage handling like security at the airports we’re going to have to bring in workers from Ireland or the continent to do them – and Brexit is one of the big bugbears in the system.”

Mr O’Leary warned that delays and cancellations will continue “right throughout the summer” as airports suffer from amid staff shortages.

He pointed to a lack of staff across air traffic control, baggage handling and security.

The airline boss said passengers should brace for a “less than satisfactory experience”, with flight delays due to last across the peak season and some airlines canceling between 5 per cent and 10 per cent of flights.