Skip to content
Home News ‘Agnes Gray’: the toughness of being a governess | Present 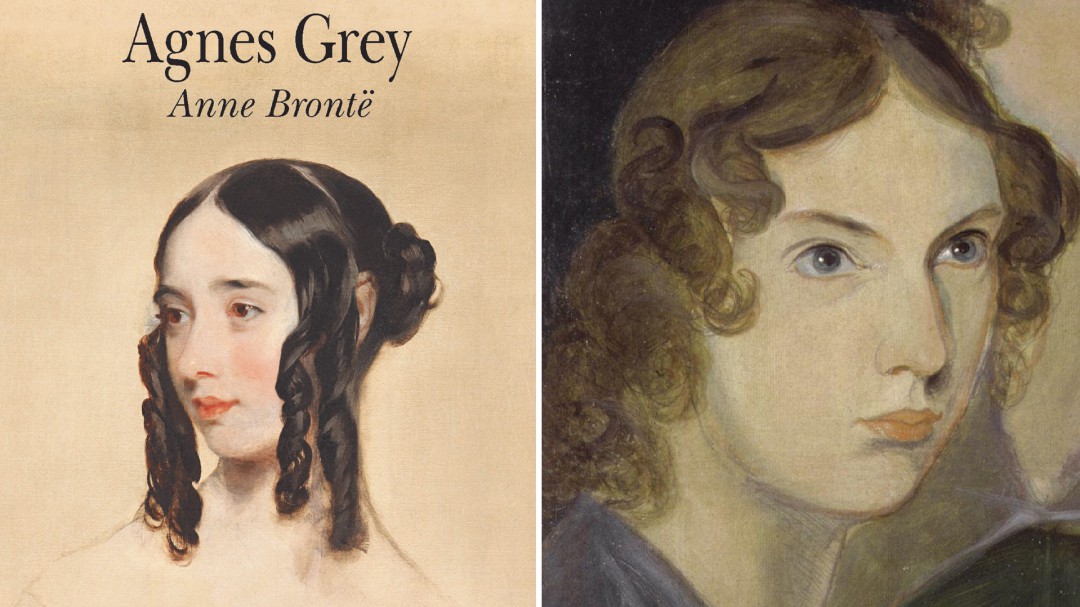 Anne is the youngest of the Brontë sisters. He was born in 1820 in Thornton (Yorkshire). Between 1839 and 1845 she was a governess in various houses and her first novel, ‘Agnes Gray’, emerged from her experience in this work. In 1848, Anne’s second and last novel appeared, ‘The Tenant of Wildfell Hall’. Soon after, in May 1849, he died of tuberculosis in Scarborough.

‘Agnes Grey’ It was first published in London in December 1847 in a three-volume edition that included her sister Emily’s famous novel, ‘Wuthering Heights’, which we have already told you about in ‘A Book One Hour’. It is a delightful novel, ahead of its time. He talks mainly about education, bad education, the differences between social classes and, unfortunately, it seems that he talks about the present time.

Anne demarcates herself from the path followed by her sisters

As Tony López points out, Anne Brontë enters, with ‘Agnes Gray’ in 1847, in the field of the genre novel, more typical of the end of the century. In this way, Anne stands out from the path followed by her sisters and reaffirms her value and originality as an author. The novel, narrated in the first person, tells the story of Agnes Gray, a young woman belonging to a family in rural England who decides to become a governess to support her family financially.

Anne Brontë, in this work full of autobiographical elements, shows us in an exceptional way the difficulties faced by the governesses of the time, using all the experience accumulated during the years she dedicated to this profession when it comes to endowing her novel with the realism that it characterizes.

The difficulties faced by governesses of the time

As Rosa Berros points out, Anne Brontë tries to show in ‘Agnes Gray’ the harshness of confronting children, usually rude and spoiled by parents who are excessively complacent and more willing to blame the governess for their whims than to confront them and show them discipline.

The pride of some classes that feel superior to the people who themselves entrust the education of their children and place respect for their surname and family above the respect that children should have for those who are in charge of their education, the often humiliating treatment that humble young people, when not manifestly poor, suffer from their rich and even noble employers, but with a much inferior training.

Possibly, one of the great differences between ‘Agnes Gray’ and other governess novels is the will of the protagonist to become a governess and to make this a means for her fulfillment as a person and this is what makes, despite After your first failure and all the humiliations you have to go through, persist in your efforts.

Agnes sees her dreams and wishes fulfilled, at the same time that she materializes some of Anne’s. What Anne and her sisters did not achieve when they saw their plans to open their own school frustrated that would free them from working for others, Agnes manages to materialize.

Precariousness, social status, feminism or the role of women

The youngest and least known of the Brontë sisters, Anne, managed to masterfully reflect in her first novel in the mid-nineteenth century such current themes as precariousness, social status, feminism and the role of women, morality and internal struggle to find one’s place in society.

The characters he meets, the spoiled and cruel children, and the justification that their parents make of them, oblivious to the world and the poverty that surrounds privileged families; her internal struggle for the lack of belonging: too educated to relate to the serfdom, but an employee after all who cannot freely interact with the family either. His questions of the moral and the society of the Victorian era make it possible for us to find an identification and a current validity of his story in the XXI century.

As noted in the La Rioja Library blog, it is surprising that ‘Agnes Gray’ is so little known when it is at the level of ‘Jane Eyre’ and ‘Wuthering Heights’. ‘Agnes Gray’ is an essential work to discover another aspect of the lives of women and children in the 19th century, as well as to identify the styles of each of the Brontë sisters.

The union between the Brontë sisters led to them doing many things together, such as planning to start a school or write poems that they would later present under the male pseudonyms of Currer, Ellis, and Acton Bell.

Charlotte’s ‘Jane Eyre’ met popularity. Emily’s ‘Wuthering Heights’ was practically anatemized. ‘Agnes Gray’ was accepted, but Anne’s second novel, ‘The Tenant of Wildfell Hall’, was very frowned upon as it talks about something taboo then: gender violence.

See also  Monkeypox in the US: Where is the disease and will it spread?