Skip to content
Home News Against the extreme right: a feminism for everyone | Opinion 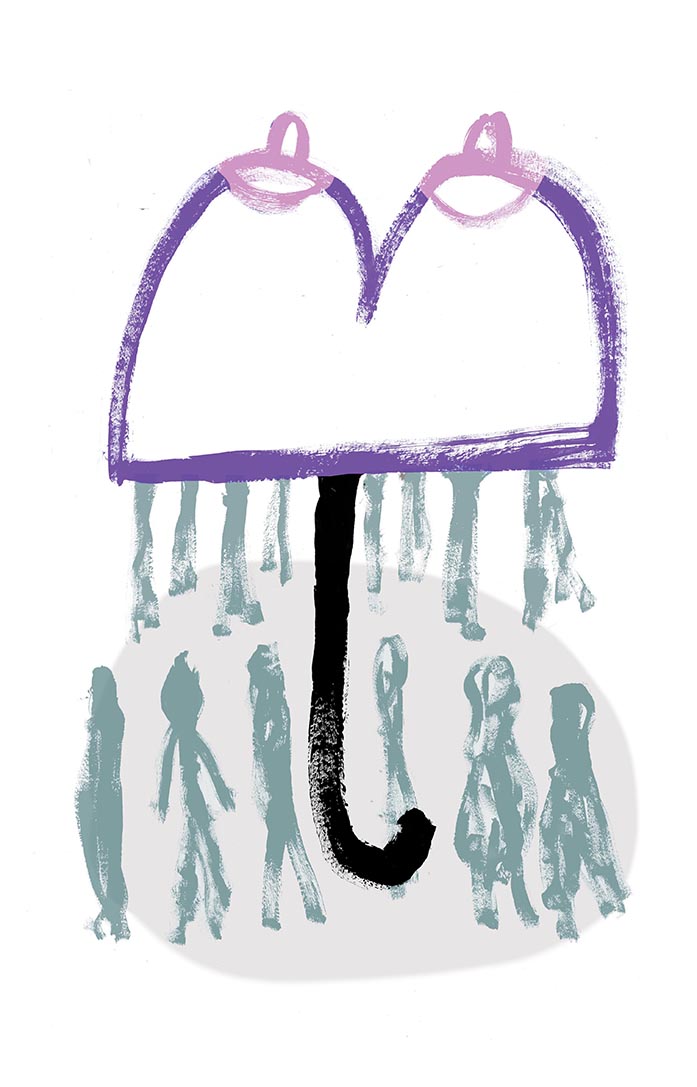 In the recent Chilean elections it seems that women have been a decisive vote for the victory of the left. Maybe we shouldn’t be surprised. Chile has been, along with Argentina or Mexico, one of the main Latin American scenarios in which feminism has been able to summon massive and massive mobilizations. As in the Spanish context, the hegemony of feminism has had a deep social impact in recent years and this can obviously have significant electoral effects. At the same time, a recent poll in our country gave rise to disturbing headlines stating that, should only men vote, the extreme right could win the elections. The men who vote for Vox represent 76% of its electorate, which means that they are more than twice as many as its female voters. There is a huge gender gap in electoral terms and it goes beyond our own context. In fact, one of the most characteristic features of the vote for the new extreme right is its very high masculinization. How to read this reality? Are the new rights largely a reaction to women’s demands for equality? Would these years of feminist advances explain the violence with which reaction has risen up?

These questions are urgent today, but to address them, we need to get out of the identitarianism in which some feminist perspectives are stuck. Under the framework of a feminism that is always on the defensive with the blurring of its identity subject —that is, of women—, issues related to masculinity are usually understood as an issue that is alien to us and that concerns them completely. to others. That disengagement, often defended as a victory, is, in reality, a great renunciation. It means abandoning a social problem that feminism is precisely in a position to think with clarity and to deal with effectively. The temptation of an essentialist gaze is, even, to naturalize the masculine reaction, to take it for granted, not even needing to explain it, to turn it into an inevitable fact. To what extent are not all those men who vote for Vox the automatic consequence of the fact that we are dethroning them? They bark, then we ride. And so, along this path, the male reaction we are witnessing today could even end up being proof of how much we are advancing. These types of perspectives are dangerously uncritical and close the door to the possibility of asking ourselves these questions: what is happening to men today? What male malaise is Vox politicizing? What things are we not naming? How can we convince men? How can we help them change?

Bell hooks, recently deceased, was a feminist thinker who strongly opposed “the separatist ideology that encourages women to ignore the negative impact of sexism on men” and argued that feminism is for everyone. “When contemporary feminism was at its height, many women insisted that they were tired of putting their energy into men and that they wanted to put women at the center of all feminist discussions. (…) The feminist thinkers who, like myself, wanted to include men in the debates (…) were feminists who could not be trusted because we worried about the fate of men” (The desire to change, Bellaterra, 2021). The point is that a feminism capable of responding to that male reaction that seems to be capitalizing on the extreme right is, in effect, a feminism concerned with the fate of men. A feminism that, if it is in a position to disarm the enemy, is precisely because it does not consolidate the factions that the enemy tries to draw.

To say that feminism has good things to offer men and that it also fights against the servitudes that oppress them is not to question the existence of masculine privileges. In fact, reversing gender inequalities is inseparable from combating a structure of domination to which we are all equally subject. And it is precisely those feminist discourses that always emphasize the privileges that men have to lose and never the freedoms that men have to gain that assume shared frameworks with the reaction: either they or us. This zero-sum logic, where if some win it is always at the cost of others losing, is part of the ideological corpus that sustains patriarchy. As bell hooks says, the story that dominance over women always brings privileges, successes and benefits to men is precisely functional for male indoctrination, which must hide all the failures and discomforts that patriarchy brings to men. “The idea that men had control, power, and were satisfied with their lives before the contemporary feminist movement is false” (bell hooks, 2021) and it is precisely the reaction that puts this myth to work. Let’s not buy it. Patriarchy generates loneliness, silence, isolation, violence, suicides and deaths in the male population and feminism must politicize all these discomforts in a transformative key. If not, the far right will. How is it possible that they are reactionary voices that speak of the high rates of male suicide, fatal traffic accidents or violent deaths suffered by men? How can it be that the evils that patriarchy generates in men are used as an argument against feminism and not in its favor?

Getting out of identity frameworks implies thinking that the discomfort of men is not only an effect of the advances of feminism. Michael Kimmel suggests that in order to understand the emergence of reactionary racist, homophobic and sexist projects, it is necessary to trace male fears in a society in which economic precariousness has made it especially impossible for men to comply with the imperatives of traditional masculinity. To what kind of failures are those who have been educated to be parents who provide protection and stability to their families doomed today? Is it possible to remain a man really in a context of widespread impoverishment of the population, unemployment and permanent threat of loss of social status? Kimmel’s thesis is that the new American extreme right, a prelude to Trump’s triumph, knew how to politicize that masculine frustration typical of our late capitalist societies, directing it against scapegoats: feminist women, LGBT people or migrants.

Faced with those who seek false culprits, we have an essential task ahead of us. And it’s not about considering masculine discomforts to be alien, much less taking them for granted or even celebrating them as the collateral effect that proves our successes, but understanding them —which, of course, is not the same as justifying them— and giving them meaning. Politicizing male unrest against those from above, changing sides and turning feminism into a struggle where men and women fight together both gender mandates and their violence, as well as neoliberalism and its violence, is one of the main challenges of any political project that seeks successfully confront the emergence of the extreme right. We will be able to advance on this path with a policy that renounces taking refuge in the comfortable identity that guarantees us a feminism only of and for women. Fighting the extreme right today, as well as the precariousness and fears on which it feeds, requires a decided commitment to feminism for everyone.

Clara Serra She is a philosopher and researcher at the University of Barcelona.