Skip to content
Home News Aftershocks of the USSR earthquake 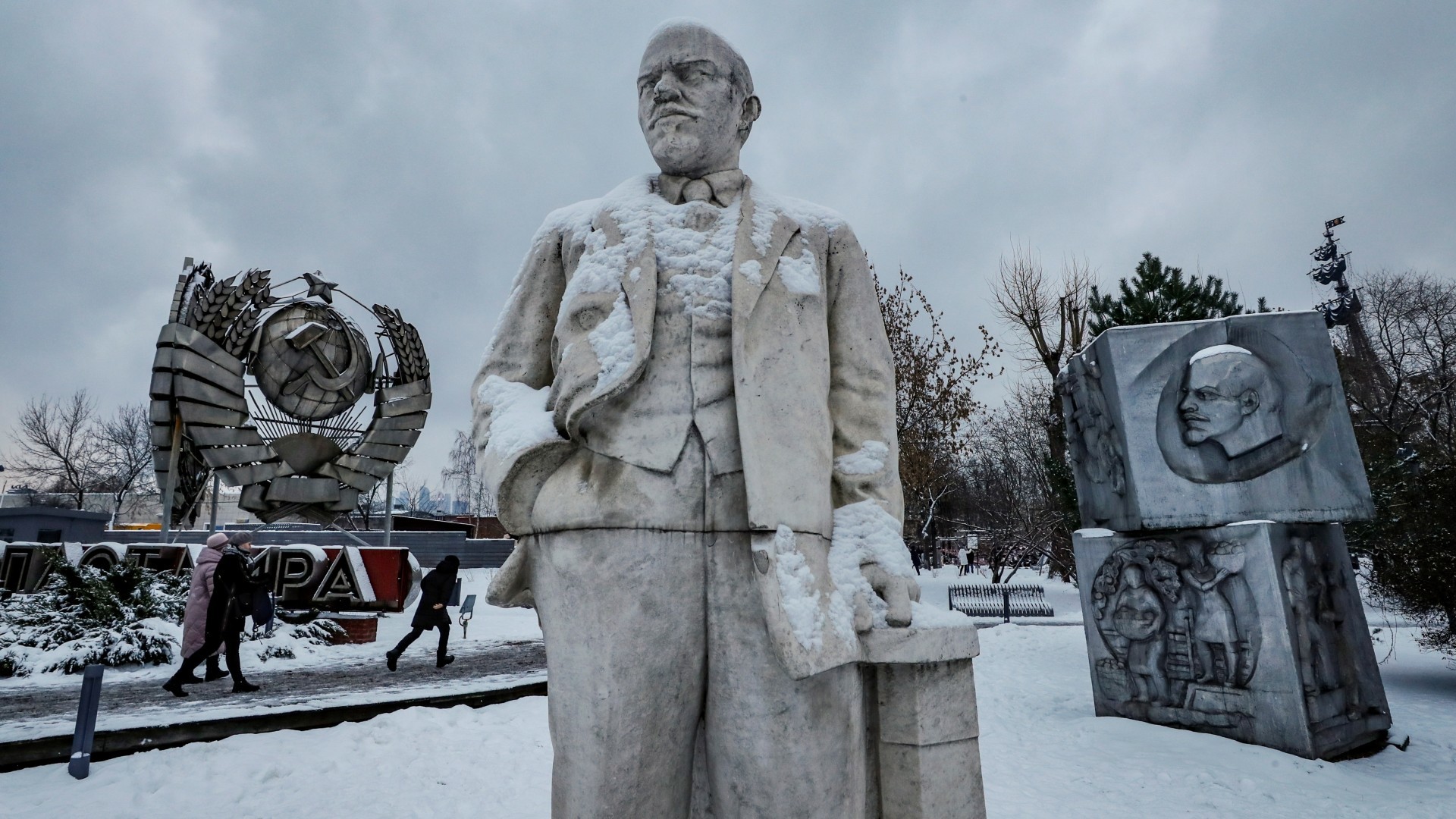 In December 1990 we did not know that the USSR, the Union of Soviet Republics, had only one year left to live. That colossus that divided the world with the United States of America was going to unravel like a sugar. Communism against Capitalism. Moscow versus Washington. In December 1990 the news was Perestroika and Glasnost, the policies of openness that Mikhail Gorbachev had undertaken.

And several teams from the TVE News Services went to Moscow that December 1990 for a Perestroika Special. I had to do two reports: on how the world of culture was changing and that of the press. And it was a shock. I had been in Prague a year ago, also in December, at the fall of the regime and the rise of Vaclav Havel, but what I found in Moscow surpassed anything seen in Czechoslovakia.

It was infinitely grayer and the contrast to my western culture much greater. I discovered that no matter how good the translator was, it was not enough to translate the words, if the concepts were lacking.

The path to the dissolution of the USSR: from Gorbachev’s Perestroika to the revolts of the socialist republics

Concepts such as the laws of the market, supply and demand, the investment-profit relationship, were alien to them. They were convinced that democracy would make them free and also rich. Without much effort and without losing the guarantees, poor, but guarantees, of subsistence that that dying system gave them.

In that December 1990 of empty shelves and long lines in front of the stores -all the same- to get something, whatever, the pressing news was the shortage. And that acclaimed leader in the West who was Mikhail Gorbachev, along with his wife Raisa, was a plague in his country. Because of the economic crisis.

Thirty years later it still is for the Russians. Because Gorbachev does not embody openness and democratization, but surrender, collapse, weakness, the humiliation of going from being an empire that spoke from you to you to the United States, to an outcast on the international scene. Without that deep, visceral sentiment of the Russians, heightened during the presidency of Boris Yeltsin, the popular support for Vladimir Putin cannot be understood. Putin is the avenger of that humiliation.

See also  The inside story of Nottingham Forest's remarkable renaissance

The Kremlin and the borders

If they had taken care of the borders like the Kremlin walls, another rooster would sing to us ”, sighed Karina, the producer and friend of the RTVE correspondent in Moscow, after a surreal, Soviet blockade to enter the Kremlin, despite being invited by the Foreign Minister. May 1999. One of the many correct sentences that Karina releases from time to time as if nothing had happened.

When Gorbachev initialed the end of the USSR in December 1991 the dismemberment of the fifteen republics had already occurred. It had started with self-proclaimed independence in the three Baltic republics, which was no surprise, they were the most recent forced incorporations, during World War II. What was decisive was the election of Boris Yeltsin as president of Russia and his proclamation of sovereignty.

Belarus, Russia and Ukraine: the triangle that signed the end of the Soviet Union

The unilateral independence of Ukraine was the finishing touch. It only remained to accept that the USSR no longer existed. With that Union (of Soviet socialist republics) officially disappeared, Yeltsin tried to lead a new entity to replace it, but Ukraine rejected any submission to Moscow. And without Ukraine there is no “Greater Russia”.

Thirty years after those independences, effects continue to take place.

The Soviet was not an empire of foreign expansion, like the Spanish, the Portuguese, the French or the British. It was an internal empire that collapsed without a war between the fifteen recognized republics, four of them with nuclear arsenal. The blood would come later.

The USSR, Russia and the neighborhood

For seven decades the USSR brought together a multitude of nationalities, languages ​​and religions. With democratization and disintegration, identity tensions and historical grievances came to the surface. The years immediately after the fall of the USSR were an accelerated lesson in the history of Europe, the Caucasus and Central Asia for a whole generation of journalists of which he was part: Georgia, Abkhazia, Nagorno-Karabakh, Armenia, Azerbaijan, Chechnya, KabardinaBalkaria, North and South Ossetia, Moldova, Transnistria, Crimea …

The Russian Federation, the largest and richest by far of those republics is the heir to the USSR. From its extraordinary natural resources, its nuclear arsenal and its pride and geostrategic will. And any Russian government shares a conviction: after the fall of the USSR the United States and Europe have not played fair.

USSR dead, the Warsaw Pact (the military alliance with its satellites) was dissolved as well. NATO, however, its arch enemy, has grown and has reached the border of Europe with Russia, Belarus and Ukraine. Just like the European Union. Inside are the three Baltic republics and the countries that were Soviet satellites: Poland, Hungary, the Czech Republic, Slovakia, Bulgaria and Romania.

These countries, in turn, lead the hard line of the EU in any conflict with Russia and have accepted with open arms the implementation of defensive systems, which Russia sees as offensive, threats. That inner empire feels harassed by the West, and with Vladimir Putin it vindicates what it considers its area of ​​influence, without skimping on means, alliances or the use of force. We have seen it in Georgia and more recently in the conflict between Armenia and Azerbaijan in Nagorno-Karabakh.

Ukraine is undoubtedly the clear proof that the earthquake that was the disintegration of the USSR continues to have aftershocks thirty years later.

His approach to the European Union in 2014 was the “so far we have come” of Putin’s Russian patience. In these almost eight years, Russia annexed the Crimean peninsula (a naval base in the Black Sea, the Mediterranean) and is waging an unacknowledged war in eastern Ukraine, with a Russian-speaking and pro-Russian majority.

Ukraine was the second most important republic of that USSR and, above all, it is the cradle of the mythology of the Great Rus. On the Kremlin website, on July 12, President Putin signed a very long article invoking history to vindicate his policy in Ukraine.

It begins like this: “I want to emphasize that the wall that has appeared between Russia and Ukraine, between two parties that what is essentially the same historical and spiritual space, is for me the greatest common misfortune and tragedy. (…) Russians, Ukrainians and Belarusians all descend from Old Rus, which was the largest state in Europe “, and ends, after an extensive historical review, thus:” I am confident that the true sovereignty of Ukraine is only possible in partnership with Russia. Our spiritual, human and civilizational ties have been formed over centuries and have their origin in the same sources, they have been subjected to common tests, achievements and victories ”.

The collapse of the Union of Soviet Socialist Republics continues to have consequences in our neighborhood today. And it has been joined by two new international players: Turkey and China.