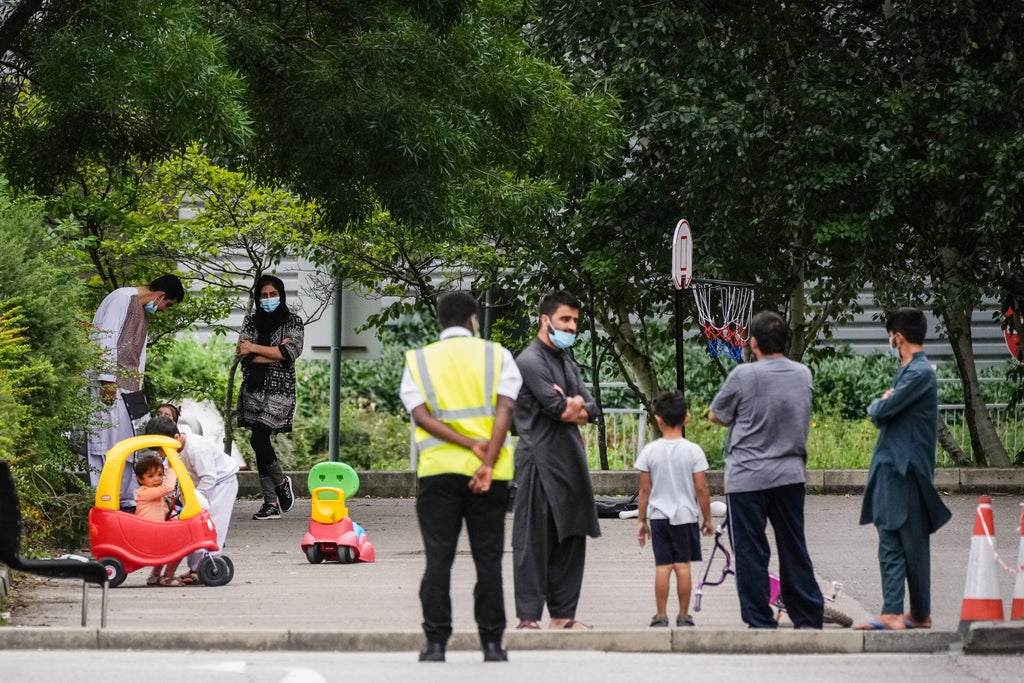 They were promised sanctuary and a “warm welcome” by Boris Johnson, but exactly six months after the fall of Kabul to the Taliban, Afghan families in the UK say they are still living in a “nightmare”.

Far from an enthusiastic welcome, charities have accused ministers of giving thousands of Afghans who fled to Britain the “cold shoulder”, with many stuck in hotels often without proper support while their wait continues for permanent housing.

The Home Office said earlier this month that 4,000 Afghans brought to the UK during and since the mass evacuation last summer had been moved into settled homes – leaving 12,000 still in hotel accommodation.

The Independent‘s Refugees Welcome campaign is calling for the government to offer sanctuary to as many Afghans as possible, and for local authorities and charities devoted to their welfare to be given the strongest of support.

One Afghan father, who has been in a hotel in Lincolnshire with his wife and children since October, told The Independent the temporary nature of their situation had made it difficult to integrate into the local community and left them feeling isolated.

“The GP says they will support us initially, but they know we are temporary guests here, so they don’t want to waste their resources. It’s the same with schools and local councils – they see us as temporary,” he said.

“And if you somehow find a job here, you don’t know if you will be able to stay in that area. If you try to do some work, get to know the local community, you know that this is a temporary place and you might be sent to Scotland, so why waste your energy and your time?”

See also  Jimmy Savile: what advice did Prince Charles ask presenter for - as A British Horror Story airs on Netflix

The 32-year-old, who did not wish to be named, said he had managed to get his children into schools – which he believes is in part due to his ability to speak good English – but that the children of many other parents he knew were still not in education months after arriving in the UK.

He said he has been told that he and his family would be moving to a house next week, but he knows other families have been told the same and are still in limbo, with many saying it was “really hard” to get information from the Home office.

“It’s a nightmare. The rooms are very tiny for whole families. They have independently approached the Home Office, telling them that they can try to find their own home to move into, but they are told that if they do that they will be thrown out of the scheme,” he added.

“Nobody knows when their turn is up, and the Home Office has said it can be up to a year. People feel trapped.”

Enver Solomon, chief executive of the Refugee Council, said the charity was “deeply concerned” about the situation, adding: “Far too many traumatized men, women and children remain in hotel accommodation, where a lack of information and vital support make it very difficult for them to begin the challenging process of rebuilding their lives.

“More must be done to find suitable permanent accommodation for people who have already been through so much and are only becoming more distressed. This government must deliver on the promises it made at the time – these people must not be forgotten.”

Around 16,000 Afghans were lifted from Kabul to the UK during Britain’s evacuation effort – dubbed Operation Pitting – in August. The Home Office said that due to “unprecedented demand” it has had to use temporary accommodation such as hotels to house them while it sources permanent accommodation.

The Independent reported in October that homes procured by local authorities intended to house Afghans had been sitting empty for weeks because the Home Office had not filled them, and that some councils were considering withdrawing houses from the program because of the delays.

Tim Naor Hilton, chief executive at Refugee Action, called on ministers to “get a grip” and “act urgently” to get families out of hotels and “matched with the empty properties local councils are working tirelessly to find”.

“The thousands of Afghan refugees who have been stuck in unsuitable hotels for six months must feel like they’ve been given a cold shoulder rather than the warm welcome promised by ministers,” he said.