Skip to content
Home News Afghanistan: The Taliban prohibit Afghan women from long journeys unless accompanied by a man from their family | International 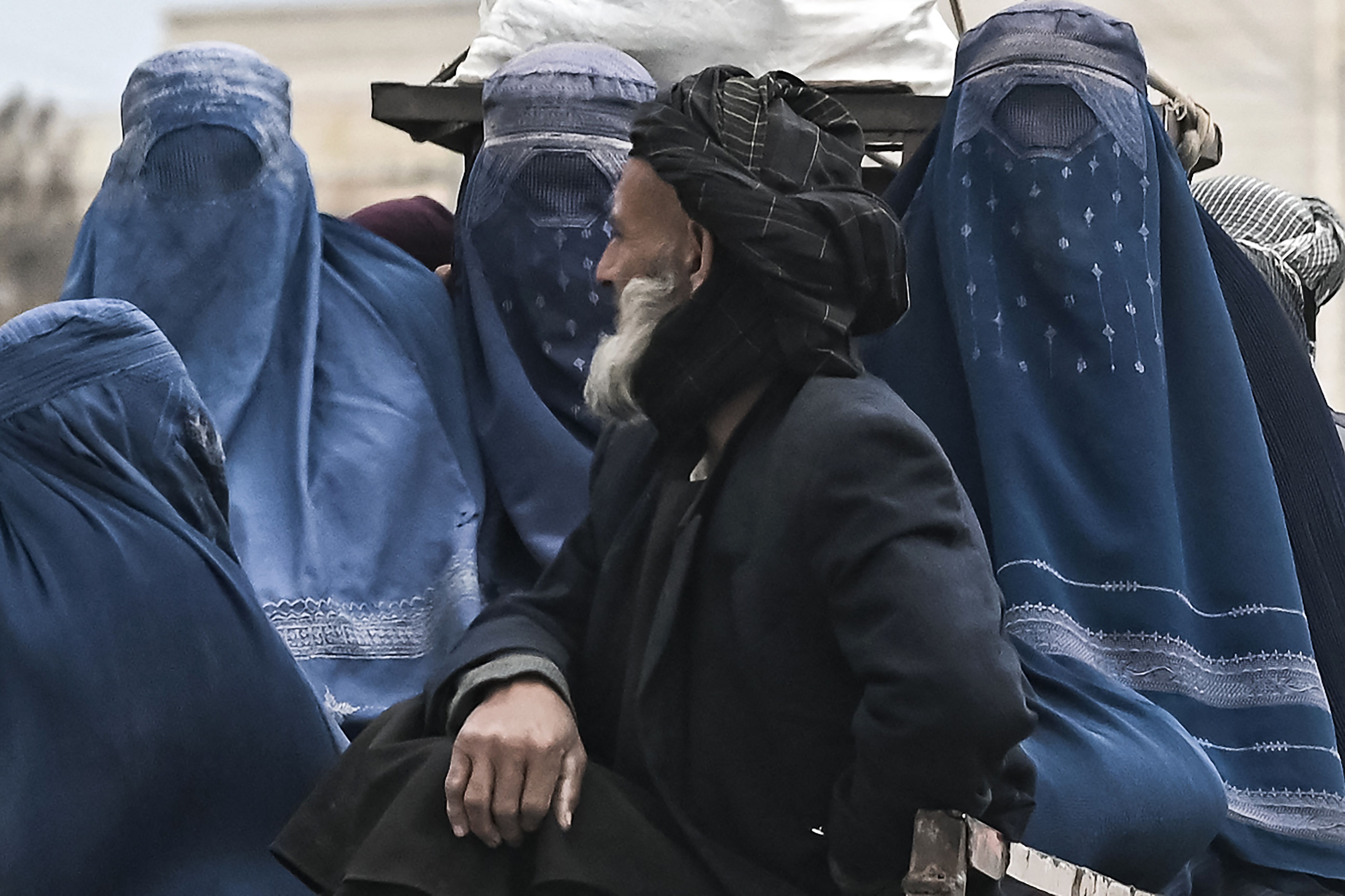 Afghan women will not be able to make trips of more than 70 kilometers without the company of a male relative. It is yet another sign of the tightening of the regime that contradicts the promises of restraint the Islamists made when they seized power in Afghanistan last summer. The new directive of the Ministry for the Promotion of Virtue and Prevention of Vice, published this Sunday, also asks drivers to accept women in their vehicles only “if they wear the Islamic veil.”

“Women who travel more than 45 miles (72 kilometers) cannot make the trip if they are not accompanied by a close relative,” ministry spokesman Sadeq Akif Muhajir told the France Presse agency. a man.

This directive comes a few weeks after the ministry asked Afghan televisions not to broadcast “soap operas or melodramatic series in which women” act and ordered journalists to wear the “Islamic veil” when they appear on screen. The Taliban did not specify what they mean by “Islamic veil”: if it is the simple headscarf, which is already worn by most Afghan women – since their return to power there has not been a single television presenter to show her hair. or a veil that covers them more.

Among the new restrictions, the Taliban have also banned music, which although more discreetly, has continued to be played on radio and television stations, and games. In addition, they have sent instructions to provincial officials to demand that the men grow their beards. Many Afghans had already begun to do so, as they replaced western clothing with the tunic and baggy pants typical of the area, to try to go unnoticed.

The human rights organization Human Rights Watch (HRW) has assured that these new restrictions are one more step towards the detention of Afghan women. Heather Barr, associate director for women’s rights at HRW, assured France Presse that this guideline “cut off opportunities for women to move freely” or “to flee if they suffered domestic violence.”

Since coming to power in August following the chaotic withdrawal of US troops, the Taliban have imposed various restrictions on women and girls despite initial promises that their regime would be less strict than during its first time in power ( 1996-2001).

Although in some provinces, local authorities have allowed girls’ schools to reopen, in others they have relied on school holidays (which in much of Afghanistan are in winter) to suspend the return to classrooms of girls over 12 years. They maintain the same ambiguity with the work of women. Without formally banning it, they have prevented female officials from returning to their posts, meaning that many families have been left without their only source of income.

There are women working in the private sector, but the majority of Afghan women employed were in the public sector, where they accounted for 30% of the workforce. In early December, a decree on behalf of the movement’s supreme leader called on the Kabul government to enforce women’s rights. But this decree did not mention the right to education or the right to work; he was limited to speaking of the conditions of his acceptance of the marriage.

Human rights organizations hope that the Taliban’s efforts to gain recognition from the international community and receive the help that the country, among the world’s poorest, needs will make it easier for them to make concessions.

During their previous government, the Taliban went so far as to ban television and movies, making the act of disposing of a receiver or video player a flogging offense. They also prohibited women from going out without covering themselves with the burqa and without the company of a male; as well as that they went to work or study.